Hospital discharge planning for patients who might not be safe at home— particularly those leaving against medical advice—can require risk managers to navigate the complex intersection of tort law, federal and state regulations, and clinical ethics. An overarching duty is to ensure that a patient is as safe as possible in the environment to which the patient is being discharged, although it’s not always possible to formulate a safe discharge plan. When patients have decision-making capacity, they can make a decision to be in an environment that’s not safe. When patients do not have decision-making capacity, it is not always legally permissible to hold them against their wishes to keep them in a safe environment, so some kind of discharge plan must be made. This article considers the role of a risk manager in navigating this set of circumstances.

RQ is a 32-year-old man with end-stage multiple sclerosis (MS). He lived independently until 5 years ago, when his condition became worse and he had to be hospitalized several times. RQ was then cared for in his home by his parents and sister, with support from a home care agency. Early in his most recent hospitalization, RQ suffered severe respiratory distress, was intubated, and was placed on a ventilator. RQ’s body language adamantly and persistently expressed that he did not want to be intubated. But Dr C, a pulmonologist in the intensive care unit (ICU), expressed confidence that RQ’s current respiratory condition was temporary, with a solid chance of remission. No advance directive existed in RQ’s electronic health record (EHR), and Dr C was convinced that RQ lacked decision-making capacity at this time. Dr C and RQ’s parents agreed that ventilator support should continue.

As RQ’s hospitalization continued, his condition deteriorated, and he became more agitated. RQ was sedated, a line was inserted for hyperalimentation (intravenous nutrition), and a tracheostomy tube was placed. He suffered several nosocomial infections, including methicillin-resistant staphylococcus aureus. After 80 days in the ICU, RQ’s condition stabilized enough for him to be weaned from the ventilator. After 81 days, RQ plugged his tracheostomy tube to speak; he stated clearly and deliberately, “I don’t want any more machines and I don’t want any more treatment here or anywhere. I want to go home, and I want to be by myself.”

To Dr C’s and other caregivers’ frustration, however, RQ’s father insisted that all resuscitative measures, including mechanical ventilation, be implemented when RQ’s respiratory status deteriorated again, which Dr C suspected could happen at any time. Based on their most recent conversations with RQ, Dr C and RQ’s other caregivers agreed that an order to limit life-sustaining treatment should be placed in his EHR. Dr C explained to RQ’s father, “RQ has decision-making capacity now, and he understands the risks of going home, so it’s reasonable for us to explore discharge planning at this time.”

Enraged, RQ’s father pointed at Dr C’s chest and said, “Well, he can’t go home. Something will happen to him and he’ll be hurt, and I promise you’ll be the first one we name when we sue this hospital.” Following this clear threat of legal action from RQ’s father, RQ’s care team now meet regularly with Mr J, one of the hospital’s risk managers.

When discussing the timing and terms of RQ’s discharge, Mr J stated, “Even with full assessment of his home environment, his deteriorating condition makes anywhere he’s alone unsafe. Allowing him to exercise his right to self-determination is just too risky for us in this case. I wouldn’t recommend discharge to any place other than a skilled nursing facility.”

Members of the team wondered what to do next.

There are a number of avenues by which the issue of safe discharge can be addressed, but none of them offer an optimal solution to the problem. Discharging a patient is often a simple process: the patient has been restored to health and can return home to safely carry on with his or her life. While this covers the vast majority of cases, it does not cover all cases. The cases not covered by the foregoing scenario can be thorny and complex.

As a general rule, the Conditions of Participation for Hospitals, implemented by the Centers for Medicare and Medicaid Services (CMS), require that hospitals have a written discharge planning process for all patients. In general terms, CMS states that hospital discharge planning involves determining the appropriate posthospital discharge destination for a patient; identifying what the patient requires for a smooth and safe transition from the hospital to his or her discharge destination; and beginning the process of meeting the patient’s identified postdischarge needs.1

These requirements must be tempered by reality, because there is only so much that a hospital can do to make the outside world safe for the soon-to-be discharged patient. For example, it might not be safe for a patient with a bandaged surgical incision to return home if his home does not have running water. Or it might not be safe for a patient recently recovered from pneumonia to be discharged to her home if her home does not have central heat. Hospitals have an obligation to explore all the alternatives and possibilities for a patient, but they can only do what is reasonable under the circumstances.

Any adult with decision-making capacity can refuse treatment, regardless of how ill-advised that decision might appear.

The hospital is not required to hold RQ simply because he is at risk for something that is not currently happening.2 There must be a current medical condition that warrants hospitalization for him to remain hospitalized. This is true regardless of whether or not RQ has decision making capacity or is legally competent or incompetent. Consequently, the hospital has an obligation to discharge him, the only questions being where and how.

Right to consent or refuse. RQ has clearly expressed his determination to be discharged during a period in which he had decision-making capacity. The right to consent to treatment involves the right to refuse. Any adult with decision-making capacity can refuse treatment, regardless of how ill-advised that decision might appear to an outside observer, such as a health care professional. Holding RQ without his consent might constitute false imprisonment, regardless of his father’s wishes.3

Even if RQ lacked decision-making capacity, the hospital only would have a limited ability to hold him. The test is normally whether a patient poses a risk to self or others. In this context, courts typically look at whether the patient is suicidal or homicidal. It is only in rare cases that courts have imposed a duty when the patient is incapable of caring for himself or herself. The duty to hold and treat a patient was found in Thomas v Christ Hospital and Medical Center, in which a patient was suffering from steroid-induced psychosis.4 This is a far cry from RQ’s situation. As one court has put it, hospitals do not have a duty to do that which they have no legal right to do.5

Guardianship. If the care team felt that RQ lacked the decision-making capacity necessary to formulate an advance directive and would not regain it, the hospital might be able to petition a court for a guardian of his person. This is normally not done unless the patient is incompetent. Just because someone lacks decision-making capacity for particular decisions during a particular period of time does not render him or her legally incompetent. The guardian could be a member of RQ’s family but must be someone who, in the court’s opinion, would act in his best interest. The hospital is entitled to follow the guardian’s directions, just as it would the directions of a designated surrogate.

Alternative postdischarge placement. It is not true that RQ’s only option is to go home. It may be possible to discharge him to a rehabilitation facility or to a long-term care facility. If RQ had lacked decision-making capacity, it might have been most appropriate to place him in a postacute care facility, since he probably would not be able to care for himself at home, even for brief periods of time. Since he does have decision-making capacity, such a placement would only be an option if he is amenable to it. If he is transferred to another facility, it would be wise to select a facility that can take ventilator patients in order to minimize any disruption to his life if, in the future, he becomes ventilator dependent again.

Physician orders for life-sustaining treatment (POLST). Many patients want to refuse aggressive, but ultimately futile, care. Inside the hospital this goal can be accomplished by either a do-not-resuscitate or a do-not-intubate order. These orders are typically not effective outside the hospital, so many states (currently 46)8 have implemented a provision for POLST. POLST is typically effective in directing first responders and emergency department personnel to follow the patient’s wishes for refusing aggressive treatment. The implementation of a POLST order would be advantageous for RQ if he is insistent that he no longer wants aggressive care, even in a life-threatening situation. It also would provide evidence of his wishes in the event his estate decides to sue after his death.

In cases such as RQ’s, the question is rarely, Can the patient go home? Discharge is a more complex and nuanced issue than that. As noted above, the discharge must be as safe as the hospital can reasonably make it. But how safe is safe enough? What is reasonable under the circumstances? Is there something that can be done to make it safer, while still respecting the patient’s wishes? Each case may be unique because each patient is unique. There is no template for making these decisions, but there are a number of factors to consider. 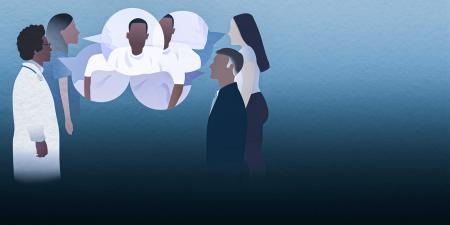 How Hospital Leaders and Risk Managers Can Nurture Ethics-Driven Lawyering 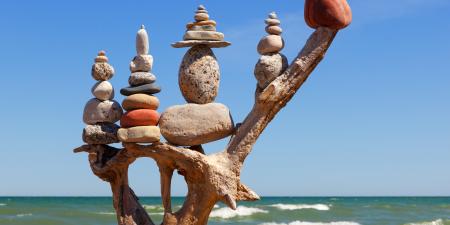 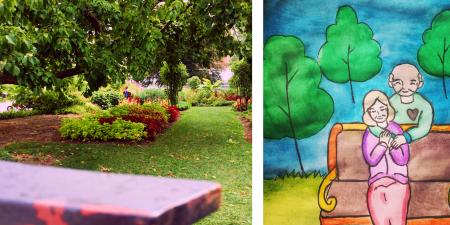 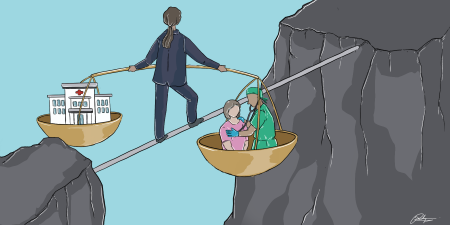