Ms Belin was referred to Dr. Dingle, a general surgeon, for removal of her gall bladder. After an office consultation, they agreed that Dr. Dingle would do the surgery, and it was scheduled. The surgical procedure is a laparoscopic cholecystectomy, which involves making incisions in the abdomen and inserting at least 3 ports. Carbon dioxide is introduced into the abdomen to expand the area and make it more visible when a camera is inserted through 1 of the ports. The camera displays the interior on 2 high-definition television monitors. The procedure requires 3 physicians; 1 to operate the camera, 1 to retract the organs and tissues in order to isolate the gall bladder and the structures that connect it to other organs and tissues, and 1 to cut and clip the connecting structures and remove the gall bladder through a port.

The written consent that Ms Belin signed authorized Dr. Dingle "and/or such assistants as may be selected and supervised by him" to perform the laparoscopic cholecystectomy. The form has a place for "Special remarks or comments by patient," which was left blank. Ms Belin was insistent that Dr. Dingle do the actual cutting and removal of the gall bladder, although she was aware that one or more residents would assist him given that 3 surgeons are required to perform the operation. Ms Belin requested and received verbal assurances from Dr. Dingle that he would perform the procedure and only use the resident for assistance when absolutely necessary. She requested this because she was aware that the hospital was a teaching hospital which often used "inexperienced residents" to assist in surgery. There was no indication on the written consent form as to what Dr. Dingle and the assistants he selected and supervised were to do during the surgery.

When in fact the surgery occurred, Dr. Dingle was assisted by a medical student and a resident, Dr. Magnuson, who was just beginning her fourth year of residency training. The student was responsible for operating the camera, which was done properly. Dr. Dingle did the retractions and Dr. Magnuson dissected the gall bladder and removed it. She and Dr. Dingle regarded the surgery as routine and without incident. However, one of the connecting structures that needed to be dissected was the cystic duct, which runs from the gall bladder to the common bile duct. The common bile duct runs from the liver to the intestines. Instead of dissecting the cystic duct, Dr. Magnuson dissected and clipped the common bile duct, which resulted in the drainage of bile into Ms Belin's abdomen. The drainage led to a great deal of pain and discomfort. As a result, Ms Belin underwent extensive corrective surgery at another hospital.

Ms Belin filed a suit against Dr. Dingle, Dr. Magnuson, and Mercy Hospital. She brought 3 causes of action, 2 of which were not surprising; however, the third was unexpected, and became the main issue eventually addressed by the Court of Appeals of Maryland [1].

The first cause of action was negligence in the performance of the surgery. Recovery for malpractice "is allowed only where there is a relationship of doctor and patient as a result of a contract, express or implied, that the doctor will treat the patient with proper professional skill and the patient will pay for such treatment, and there has been a breach of professional duty to the patient" [2]. The plaintiff must show that the doctor's conduct—the care given or withheld by the doctor—was not in accordance with the "degree of care and skill which is expected of a reasonably competent practitioner in the same class to which [the physician] belongs, acting in the same or similar circumstances" [2].

Despite Ms Belin's request, it would not have been possible for Dr. Dingle to do both the retraction and the dissection and removal. Ms Belin's expert witness, Dr. Goldstone, agreed that it would not breach the standard of care for the resident to do the cutting and clipping and the attending surgeon to do the retracting, "provided there isn't some previous agreement that this would not occur" [3]. The jury found in favor of the defendant-physicians (surgeon and resident) because the dissection of the bile duct is a common risk associated with the surgery.

Although the jury found in favor of the surgeon and resident in this case, a resident can under certain circumstances be held liable for negligence. Moreover, the surgeon is said to be in control of the operation and, therefore, is often held responsible for a resident's negligent actions during the surgery.

The second cause of action was negligence based on the lack of informed consent. Ms Belin argued that although Dr. Dingle agreed to do the actual cutting and removal of the gall bladder, resident Magnuson did the cutting, clamping, and stapling. Had she been aware of the active role to be played by Dr. Magnuson, she would not have consented to having the surgery performed at that hospital or by Drs Dingle and Magnuson. Unlike the traditional action of negligence, a claim for lack of informed consent focuses not on the level of skill exercised in the performance of the procedure itself but on the adequacy of the explanation given by the physician in obtaining the patient's consent.

In response to this cause of action, the court stated that "[a] physician who agrees to a specific allocation of responsibility or a specific limitation on his or her discretion in order to obtain the consent of the patient to the procedure and then, absent some emergency or other good cause, proceeds in contravention of that allocation or limitation has not obtained the informed consent of the patient" [4]. Dr. Dingle argued that patients should not be allowed to "choreograph" surgical procedures. However, the court did not view Ms Belin's case as having the pernicious effects suggested by Dr. Dingle; ie, of permitting patients to "choreograph" surgery and unduly restricting the flexibility that the surgeon must retain. "The surgeon does not have to agree to any such limitations, and, presumably, few, if any, of them will so agree" [4].

The court's primary issue for review was the third cause of action: breach of contract. This cause of action is not typical in cases between patients and physicians. The court was to decide "[w]hether a physician who, as part of his or her contractual undertaking with a patient, agrees to an allocation of tasks between the physician and other physicians, may be liable for breach of contract if that agreement is violated" [5].

Dr. Dingle responded that creating a duty to disclose a resident's precise role "would permit patients to choreograph how an operation is to be performed negating all possibility of informed medical judgment occurring during the operation" [5]. He denied that he ever had the conversation testified to by Ms Belin and stated that he never would have agreed to the conditions she alleged. Dr. Dingle indicated that, if faced with that demand, he would have offered Ms Belin only 2 options, "allow me to do what I thought was best unrestricted, or to get another surgeon" [6].

Courts have universally recognized that, except in emergency or gratuitous situations, the relationship between doctor and patient is a contractual one, either expressly or by implication. Furthermore, a growing number of courts have held that there may be a separate breach of the contract action when the doctor contravenes a contractual agreement. "A doctor and his patient are at liberty to contract for a particular result and, if that result is not attained, a cause of action for breach of contract results" [7]. Additionally, the court stated that "[b]ecause the doctor-patient relationship is normally a contractual one, it is permissible for the parties, if they choose to do so, to define with some precision the role that the doctor is to play" [8].

The court noted that the parties may have conflicting interests; the doctor wanting as much flexibility and discretion as possible, and the patient, if choosing the physician because of some special confidence in that physician's particular abilities, desiring that the selected physician oversee and personally perform the most difficult part of the procedure. A violation of a specific allocation or understanding may constitute the lack of informed consent, negligent delegation, and a breach of the contract, not to mention a claim of misrepresentation or fraud. This is of particular importance inasmuch as breach of contract, misrepresentation, and fraud are not typically covered by a physician's liability insurance.

Notwithstanding the court's decision, the jury found in favor of Dr. Dingle. This does not, however, diminish the court's indication that a cause of action for breach of contract may be valid in this type of situation.

The Dingle case has important implications for physicians and residents. Patients, as health care consumers, are increasingly "savvy" regarding medical decision making. Their greater access to information about medical procedures and physician credentials may lead to an increase in requests for allocations or specifications of duties as alleged in this case. Opinion 8.08, Informed Consent, in the AMA Code of Ethics indicates that "[t]he patient should make his or her own determination on treatment." Furthermore, "[t]he physician's obligation is to present the medical facts accurately to the patient or to the individual responsible for the patient's care and to make recommendations for management in accordance with good medical practice" [9].

The patient has an interest in the medical procedure, and there is a need for disclosure and agreement if there is likely to be significant participation by other persons. The lack of a clear understanding prior to the procedure may prompt a later finding that a true informed consent was not obtained. Accordingly, specific allocations of duties, if any, should be accounted for realistically and discussed with the patient. When a patient makes demands, the physician can choose to accommodate when possible or desired, or he or she can refer the patient if the demands compromise his or her ability to effectively perform the procedure. The underlying obligation of veracity is expressed in Opinion 8.12, Patient Information, stating that "it is a fundamental ethical requirement that a physician should at all times deal honestly and openly with patients" [10]. In addition to an honest discussion with the patient, it would be prudent for patient and surgeon to document any agreements or allocations of duties on the informed consent form. 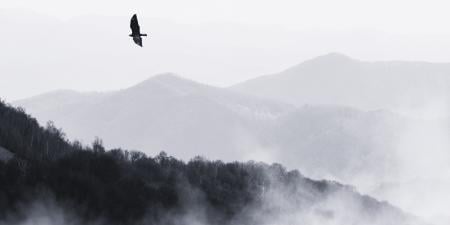 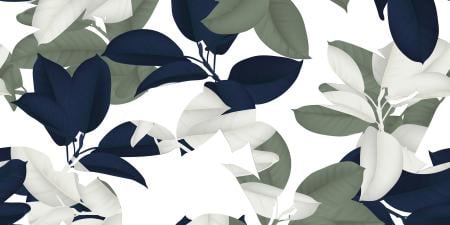 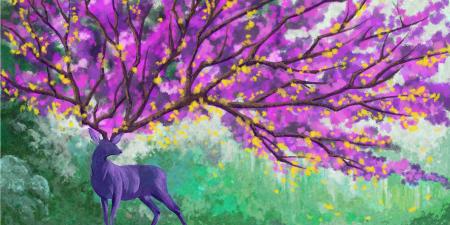 Writing as Surgery: Words and Swords