Maggie is in the fifth month of her general surgery internship. She, along with the other interns, has been consistently working more than 90 hours a week even though she is aware that she is exceeding the 80-hour work week limit established by the Accreditation Council for Graduate Medical Education (ACGME). But she has enjoyed staying overtime to scrub in on interesting cases. One night, for example, at the urging of the attending surgeon, Maggie stayed late and was able to graft a saphenous vein for the first time.

Maggie recently ran into another intern, Justin, in the resident lounge. "Dr. Smith made me stay for an appendectomy post-call, and it was the fifth time this month I've stayed," he complained. "I keep falling asleep during morning conference!" After talking with other interns, Maggie discovered that they all have been working more than 80 hours a week. Some of them revealed that they felt pressured to stay and would prefer stricter adherence to the ACGME policy.

A month later an ACGME representative visited the hospital to investigate compliance with the new work hour regulations. That morning, a number of residents were told that they will be interviewed by the site visitor. The residents discussed how they would handle the interview, and some of the senior residents suggested that they lie to prevent jeopardizing the hospital's accreditation status. Maggie felt that the additional time she had spent in the hospital had been beneficial to her learning experience and that working less would have limited her education, but she also understood that she could be risking her hospital's residency program if she told the truth. Furthermore, many of the other residents may not have found the extra hours as valuable and instead have viewed the extra time as a nuisance. Maggie was still contemplating what to say when she was called for the interview.

The resident work hour regulations are simple, explicit, and inflexible. They offer a universal standard to which every training program in the United States must adhere in order to retain accreditation. These rules were born of a concern for patient welfare and safety as well as for resident well-being. They protect patients from being cared for by physicians who are incapacitated by fatigue, and they intend to protect physicians-in-training from the effects that exhaustion has on job performance and mental health. These universal regulations were imposed by the Accreditation Council for Graduate Medical Education (ACGME) after individual institutions proved incapable or unwilling to regulate the work schedules of doctors-in-training on their own. The work hour rules are imposed upon all residency programs, and, technically, it is the program administration and its director who are responsible for compliance. In reality, however, it is the residents themselves who choose either to follow or not follow the rules. And in the end, it is the residents who will suffer most if their program loses accreditation.

Adherence to these rules requires a culture shift. Medicine is a profession that often considers its work a "calling" and has traditionally embraced an unpredictable, and often demanding, schedule based on patient need. Having restricted and regimented work schedules for the field's most junior members contradicts some of the fundamental sacrifices accepted as part of medical training. Traditions and norms of training aside, these are now the rules that must be followed.

Attending surgeons are not used to having residents decline cases, and, from the resident's point of view, denying assistance to a surgeon on a late case after being allowed to operate on his or her patients all day is a difficult and awkward position to be in. When these circumstances arise, it becomes the resident's responsibility to create a solution that meets her needs, those of the attending physician, and those of the residency program administration. This is where teamwork—an essential element of successful residency programs—comes in to play. In our case, Maggie might have worked it out with the second-year resident that if she stayed late for a case, she could skip pre-rounds in the morning. That way, Maggie could arrive later and maintain 10 hours between her shifts. Or Maggie could have offered the attending physician the service of the night coverage resident, hoping that when she was on night coverage, the same type of offer would be made to her. But repeatedly ignoring work hour restrictions in an effort to get more operating experience is both unacceptable and selfish.

The fact that Maggie's co-interns are feeling pressured to stay for late cases, thus breaking hours restrictions, is a problem that the residency program must address. This type of pressure from the attending staff can only be alleviated by reiteration and explanation of the new policies by authority figures within the department, specifically the residency director and the department chair, and by consistent adherence to the rules by residents. Residents must accept these rules and as a group give priority to following them. Senior residents should not only set the example of compliance, they should accept responsibility for enforcing the rules for more junior house officers who may not feel empowered to leave before all the day's work is done to comply with the regulations. This type of culture shift requires active participation by all parties, not just those whom it is intended to protect. A single resident may think that she is doing the right thing by staying longer to learn more, but her behavior undermines the attempt for a cultural change in the hospital and will only prolong the process of making restricted work hours for residents the understood norm. Ideally, if a resident stays late for a case, he or she should explain to the attending physician the shifts in coverage that were made to accommodate the staffing of the case, so that it is understood that work hours restrictions were observed. The ideal world aside, emergency cases occur, complications prolong OR time, and inevitable circumstances arise where patient care concerns trump the work hour limitations. This is why the AGCME's statement of the regulation—"duty hours must be limited to 80 hours per week, averaged over a 4-week period"—offers some flexibility [1].

The ACGME guidelines require monitoring of resident work hours with enough frequency to ensure compliance. If Maggie's program is keeping track of work hours appropriately, it should be no surprise to them that Maggie and many other residents are breaking the rules. Certainly, this problem should have been dealt with internally before the ACGME representatives arrived for a site visit, but failure to self-regulate on the part of medical training institutions is exactly what forced the ACGME to create these rules. It is the chronic inability to self-regulate and failure to adhere to these new rules that will force the ACGME to revoke accreditation.

For 5 months, Maggie has willfully ignored the work hour restrictions, favoring a work week greater than 80 hours for its additional learning opportunities. She has made the unilateral decision to ignore the rules despite knowing that her actions might jeopardize the accreditation of her program. Her schedule could not have gone unnoticed by her senior residents and residency director, yet she has not been reprimanded. Now it is time for Maggie to face the consequences that she has allegedly accepted for the last 5 months. Maggie has put herself in a precarious position, and her senior residents and program director have tacitly affirmed this behavior by enabling her rule-breaking and encouraging her to lie. She made these decisions based on her values, and reaped the rewards of looking like a hard worker and increasing her operating experience at the expense of jeopardizing the accreditation of her program. Now, in front of the ACGME representatives, she must take responsibility for these decisions, report her hours as they truly are, offer her explanation of why she made the choices she made, and accept the consequences that she and all of the other members of her residency program may suffer for her short-sightedness.

When Residents Assist in Surgery 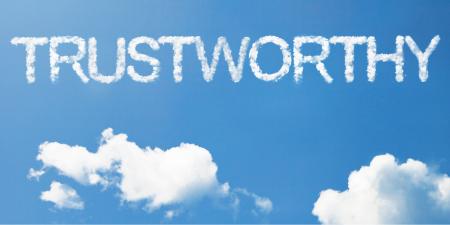 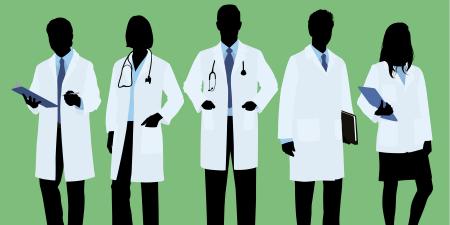 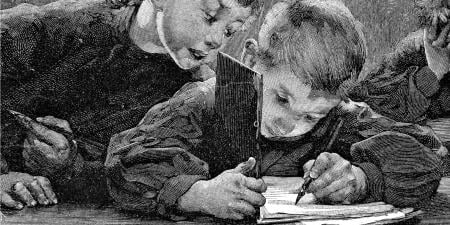