What Do We Mean by Natural Childbirth?

The word natural figures prominently in contemporary health care discussions on everything from foods and supplements to breastfeeding. But what exactly do we mean when we use the word natural? There simply is no fixed definition for the term that fully captures its many meanings or interpretations. What seems natural can vary from person to person and is context dependent.1 The slipperiness of the term natural, in fact, was the subject of an entire 2015 report by the Nuffield Council on Bioethics.2 The term has also inspired heated debates at the Food and Drug Administration (FDA) about regulating its use in the food industry.3

More specifically, what does it mean to talk about a natural childbirth? When it comes to data on childbirth, there are no measures of natural childbirth as a category, but there are certain terms that serve as corollaries: unassisted vaginal delivery, out-of-hospital birth, or midwife-assisted birth.4-6 Each of these can be understood as existing under the larger umbrella of natural childbirth alongside other qualifiers including, but not limited to, having a vaginal birth, avoiding an episiotomy, foregoing pain medication, or maintaining freedom of movement. As we dig more deeply into what we mean by natural childbirth, its distinction from medical childbirth becomes less and less clear.

The reality is that there are dozens of ways a mother might experience her labor and delivery as natural even as specific aspects of the process might intersect and overlap with the knowledge, tools, and interventions associated with a more medicalized birth. Furthermore, as any woman who has gone through a labor and delivery experience can tell you, what one thinks of as natural in the context of childbirth can change during the course of a birth experience. Despite these ambiguities, the fact that it is necessary to distinguish a natural birth from simply birth suggests that there are some practices that we generally agree are not natural. If you do an internet search for “natural childbirth,” for example, you are unlikely to find the term affiliated with procedures like Cesarean sections, episiotomies, and epidurals.

Here, I will discuss the emergence of natural childbirth as a response to the early 20th-century medicalization of birth. I argue that there is a need to move beyond the natural/medicalized childbirth dichotomy for the purpose of framing maternity care decisions more productively.

The Emergence of Medicalized Birth

Prior to the 20th century, the idea that childbirth was natural would have been an unnecessary and meaningless distinction for most people. The concept of a natural birth only arose as a response to the widespread medicalization of birth in Europe and the United States that took place over the course of the late 19th and early 20th centuries.7 The transition away from the traditions of lay midwives and social childbirth in the home towards university-trained male midwives and, later, obstetricians was one that proceeded gradually during the 17th through the 19th centuries as the medical profession grew along with its knowledge base and its cultural authority and prestige.7 By the late 1800s, advances in pain relief, antiseptic and aseptic surgical practices, and surgical techniques and outcomes—alongside a rapid rise in people’s faith in scientific medicine—helped accelerate a transition to hospital childbirth.7

By the end of the 1930s, the number of women in the United States who gave birth in hospitals under the direction of a physician surpassed the number giving birth at home.8 Although midwife-attended home births persisted as the norm for many who lived in rural areas, particularly for black women in southern states, medically supervised hospital birth became the new ideal of modern childbirth to which most women aspired.9 Yet while many poor, rural women of color still struggled to access medical assistance during childbirth, white middle-class American women began reacting against what they experienced as disempowering and dehumanizing medical practices.10 It was within this context that a some women began articulating an interest in what they called natural childbirth as early as the 1930s.

The Origins of Natural Childbirth

Grantly Dick-Read is often credited with inaugurating the era of natural childbirth, but as is often the case, the story is a bit more complicated.11 While it’s true that the British obstetrician’s 1942 classic, Childbirth Without Fear,12 helped launch an international movement of women seeking physicians who would agree to fewer interventions during childbirth,13 he was not the first to consider, or even describe, natural birth. If anyone ought to be looked to as an early popularizer of natural birth, it would be more appropriate to single out the anthropologist Margaret Mead. Mead spent years studying the ways in which different non-Western cultures approached practices concerning sexuality, reproduction, and childrearing. These experiences inspired her to seek out a more natural birth experience for herself in 1939, as she prepared for the arrival of her daughter, Mary Catherine Bateson.14 Having witnessed and even filmed numerous deliveries among women in New Guinea and Bali where she conducted her research, Mead had seen women give birth without medical intervention or pain medication, often outdoors and surrounded by supportive friends and family.15-17

Despite her enthusiasm and a cadre of high-profile physicians who supported her, however, she was unable to escape the institutional pressures of the medicalized birth experience that had become the American norm for professional and middle-class women like herself. Mead found a physician (Claude Heaton) who was willing to refrain from medication, to a point, and she convinced the hospital and nursing staff to acquiesce to her desire to breastfeed her child.18 However, she could not convince them to let her keep her child with her in the room overnight and ultimately even her request to go unmedicated was overruled. As she recalled, “They were convinced that as a primipara I could not be so ready for birth and I was given medication to slow things down.”18 Nevertheless, Mead helped lay important groundwork for knowledge about and interest in natural birth through her work as a public intellectual and mother and as a mentor to a generation of natural childbirth and breastfeeding advocates.19,20

Although slow to start, interest in natural birth simmered throughout the post-World War II decades. During the late 1950s and 1960s, the popular breathing methods introduced by the French obstetrician Fernand Lamaze gained momentum alongside a more general interest in natural motherhood practices, like breastfeeding.21 A small but growing breastfeeding movement helped nurture a belief among some that women’s bodies had a natural flow, rhythm, and connectivity to them that united mothers across time and place.22 This perspective gained its most successful advocate in the work of birth reformer Ina May Gaskin. With its roots in observations of indigenous cultures obscured, Gaskin’s vision of natural childbirth that emerged in the 1970s was imbued with the era’s sense of cosmic mysticism and self-discovery.23 Giving birth naturally in the era of the women’s movement became seen by some as an opportunity for consciousness raising, spiritual fulfilment, and female empowerment. Through the work of birth reformers like Gaskin, the idea of natural childbirth increasingly became associated with the feminist belief that women ought to be able to experience birth as something other than a medical event.24

Although Gaskin’s work on natural childbirth has had a broad impact on how American women approach childbirth today, the struggle to bring a sense of female autonomy and empowerment to bear on the birth process has been a laborious and incomplete one. The modern movement in the United States to re-establish midwifery and natural childbirth methods has hewn closely to the medical model. Midwifery in many places exists today as part of a larger hospital or birth center (often attached or right next to a hospital, like the Birthing Suite at Pennsylvania Hospital in Philadelphia.25) Although birth reform efforts have been successful in humanizing many aspects of women’s experience in these institutions (allowing family, friends, and doulas into the labor and delivery rooms and supporting women who want to breastfeed, for example), women’s autonomy during childbirth remains highly circumscribed.26 This loss of autonomy and control over what is done to their bodies in the medical context continues to remain a significant source of women’s fear and anxiety leading up to labor and delivery.27

Shifting to the Good Birth

Although the ideas behind natural childbirth have helped bring about important reforms in maternal health care, it’s time we move beyond the natural/medicalized childbirth dichotomy. The natural/medicalized distinction simply fails to adequately or accurately capture the desires, needs, expectations, and experiences of most mothers who give birth in America today. One 2002 survey of women who gave birth in the United States found that 45% of respondents believed “birth is a natural process that should not be interfered with unless medically necessary.”28 Yet 61% of women living in 27 states who had vaginal delivery for a single birth ultimately chose to get an epidural or spinal anesthesia in 2008,29 and 32% of women living in the United States received Cesarean sections in 2016.30 I suggest a more productive reframing of this discourse is one in which we simply seek to support women in their pursuit of a good birth, a concept physician and bioethicist Anne Drapkin Lyerly has explored at length.31,32 Lyerly’s work engages with women’s birth stories to highlight a simple truth: treating women with dignity and respect throughout the entire birthing process matters far more than whether or not the birth is able to proceed “naturally” or not. Lyerly, too, takes issue with the natural/medicalized childbirth dichotomy. What she has found in over 100 interviews with mothers about their birth experiences is that regardless of whether women had a more natural or medical birth, 5 important values emerged as part of a good birth. These included having feelings of personal agency, personal security, connectedness, respect, and knowledge.32 Her work suggests that discrete options about specific interventions (and whether they are natural or not) matter far less to a woman’s overall birth experience than how she is treated as a person throughout the process.

Rather than continuing to focus on framing birth as a choice between medicalized and natural (a choice that is neither fixed in meaning nor always optional in the case of a real medical concern), maternity care practitioners should look to Lyerly’s work. Although women’s voices are routinely marginalized in their encounters with the medical system,33,34 Lyerly’s birth narratives, along with other more quantitative studies on maternal experiences, call attention to how this marginalization manifests itself in the labor and delivery room.35 Maternal health care practitioners should work with expectant mothers to develop meaningful perspectives on, and to attain, a good birth. The shift beyond the historical natural/medical divide in discussions of maternal health care is long overdue.

How Should Trainees Respond in Situations of Obstetric Violence?

The Influence of Social Values on Obstetric Anesthesia

Author Interview: Where’s the Value in Preoperative Covenants Between Surgeons and Patients?

Where’s the Value in Preoperative Covenants Between Surgeons and Patients?

When Imaging Data Contradict a Patient’s Self-report, How Should Clinicians Proceed?

How Forcefully Should Clinicians Encourage Treatment When Disagreement Persists About Obesity Risk? 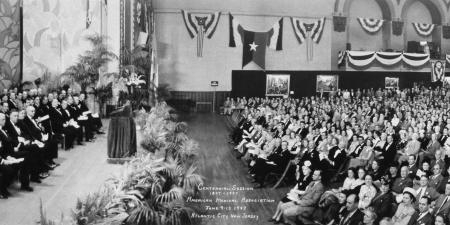 Naming and the Public Health Roles of Physicians 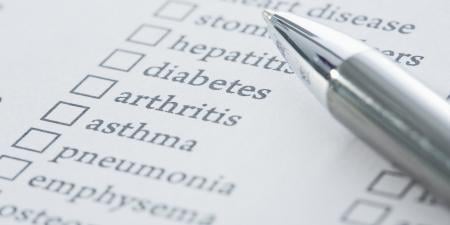