While a disease-modifying treatment for Alzheimer disease (AD) remains elusive, recent advances have shed light on its pathophysiology, giving patients and researchers alike hope that a viable treatment will emerge. Research efforts have identified promising drug targets for clinical trials and uncovered cerebrospinal fluid (CSF) biomarkers and imaging studies that allow for preclinical detection of AD pathology. The recognition that the hallmark plaques and tangles of AD are detectable in the brains of individuals more then 10 years before they present with any cognitive changes underscored the need to validate biomarkers that could reliably detect AD and chart its progression.

In April 2011, the Alzheimer’s Association [1] updated the criteria for the diagnosis of Alzheimer’s disease dementia for the first time in 27 years. Their report emphasizes biomarker data and lays out research guidelines for the preclinical diagnosis of AD meant to facilitate ongoing clinical research and drug discovery efforts [2].

Implicit in these new guidelines is the hope that effective therapies are around the corner and the belief that interventions should be designed for individuals before their brains are irreversibly damaged. The well-placed optimism of scientific progress can obscure the humanistic dimensions of early diagnosis. In “To Know or Not to Know: Ethical Issues Related to Early Diagnosis of Alzheimer’s Disease,” Niklas Mattsson, David Brax, and Henrik Zetterberg examine the ethical issues surrounding the early diagnosis of AD. They emphasize the potentially harmful consequences of early diagnosis to the patient and raise important questions about personal identity and decision-making competence that are central to the diagnosis and management of AD. Their article is a timely reminder about the powerful, life-altering effects of diagnosis and, above all, the enduring need to place the patient’s desires and preferences at the center of the clinical encounter.

As a point of departure, Mattsson et al. consider the potential for misdiagnosis of AD, even in the era of sophisticated biomarker studies. Several studies underscore the high diagnostic accuracy of cerebrospinal fluid (CSF) biomarkers, with sensitivity and specificity around 85-90 percent in identifying incipient AD in patients diagnosed with mild cognitive impairment, an intermediate stage between the expected cognitive decline of normal aging and the pronounced decline of dementia [3].

However, the authors acknowledge the enduring possibility of misdiagnosis in populations or samples in which there is a low prevalence of disease because of false positive screening results. Furthermore, while severe complications are rare, lumbar punctures to obtain CSF are associated with post-LP headaches in 2-4 percent of patients [4]. Colloquially referred to as “spinal taps,” lumbar punctures are feared by many patients, to the point that there have been calls within professional circles to rename the procedure and move it into the mainstream of clinical practice in dementia care [5].

The authors offer a balanced analysis of the potential benefits and considerable drawbacks to the early diagnosis of AD. It is difficult to do justice to the intensely personal and wrenching effects for patients and families of a test result that is positive for AD. Mattsson et al. consider many of these effects: extended follow-up for the patient, feelings of hopelessness, agony, and despair, and increased risk of suicide in people with dementia (a subject about which there has been inconclusive research to date).

From a legal perspective, the diagnosis of dementia can affect rights to hold a driver’s license or own a gun; a diagnosis of AD thus represents a stigmatizing label that can severely restrict the autonomy of the patient. Citing an instance in which a participant in a phase 1 clinical trial for an experimental AD preventive vaccine developed meningoencephalitis, the authors invoke the guiding principle of nonmaleficence [6]. As in other areas of medicine where disease-modifying treatments are more readily available, physicians will need to balance the positive effects of future AD treatments against the possible side effects and treatment costs for patients.

In the absence of disease-modifying therapies and in light of the devastating meaning of a diagnosis for patients and families, the benefits of early diagnosis of AD can seem paltry at best. An unambiguous and early diagnosis of dementia can be framed as an opportunity for patients and families to plan for the future in an informed manner. Following this line of reasoning, the knowledge of future cognitive decline enables individuals to set up systems and coping strategies that will support them when they have lost their ability to be competent decision makers. Patients can draw up their wills, arrange for advance directives, and make their wishes known. The authors also argue that investigations aiming at an early diagnosis may lead physicians to uncover other treatable causes of cognitive dysfunction, such as depression and hypothyroidism. Thus, the major benefits of early diagnosis generally fall under the rubric of facilitating advanced planning among patients and families.

In considering the possible benefits of early diagnosis, Mattsson et al. arrive at the most intriguing aspect of their paper: a consideration of decision-making competence and hypothetical consent in the setting of AD. Alzheimer disease strips away an individual’s identity, recklessly dissolving memories and fundamentally altering emotional and behavioral traits over its long and insidious course. The ravaging, personality-altering effects of neurodegenerative disease pose a problem for individuals who have been diagnosed at a preclinical stage and who are faced with the challenge of making decisions for their future selves. Given that an accurate, preclinical diagnosis of AD spells a future loss of cognitive function, how can and should these individuals plan for their future well-being?

The authors point out that the notion of “psychological continuity” has been considered a foundational aspect of personal identity ever since the writings of John Locke. The belief that we will be fundamentally unchanged in the future—that our present self can reliably predict what will be “best” for our future self—enables us to plan for the future. An early diagnosis of AD challenges this notion by revealing that our future selves may in fact be quite different from our present selves.

The ethical challenges surrounding decision-making capacity in the context of neurodegenerative disease are far from new, but the authors rightfully argue that these issues are increasingly relevant in light of the current focus on preclinical diagnosis. Since the ability to draw up an advanced treatment directive while still cognitively intact is touted as a potential benefit of the early diagnosis of AD, it is important to examine these tools critically. Advance directives, documents in which patients spell out their future treatment preferences or designate a particular family member or trusted person to act as a future decision maker, rest on the principle of respecting individual patient autonomy (in this case, future-oriented autonomy) [7].

But it is possible to imagine a situation in which individuals specify certain treatment preferences in the present that come into conflict with their welfare in the future. This is particularly possible in the case of the early diagnosis of AD, in which there may be a period of several decades between an individual’s diagnosis and the onset of clinical symptoms. How should health care professionals act when an individual’s future-oriented autonomy, spelled out in a document that was drawn up at an earlier time, demands administration of a treatment that would be considered inhumane in the present moment? Scholars are split on this question, and Mattsson et al. explicitly state that they “offer no solutions to these problems” [8].

While the ethical challenges surrounding the early diagnosis of AD are daunting to patients, caregivers, and physicians, the prevailing trend towards early diagnosis suggests that this is not an issue that is likely to go away. Many studies point to the difficulty clinicians face in “breaking the news” about a diagnosis of dementia, particularly in the pressured environment of many office practices and hospitals [9]. However, as signified by the recent amendments to the Alzheimer’s Association’s diagnostic criteria for AD, it is clear that physicians and professional organizations must devote considerable resources and specific training to ensure that clinicians are confident and compassionate in the diagnosis and management of AD, particularly in the context of early diagnosis.

The advent of disease-modifying treatments for AD will substantially alter the meaning of a diagnosis of dementia, moving it into the domain of potentially treatable illnesses. In the meantime, clinicians will be well served by paying attention to many of the central considerations raised by Mattsson et al.: a balanced view of the potential benefits and drawbacks to an early diagnosis of AD, an awareness of the conflict between respect for future-oriented autonomy and future welfare in the context of neurodegenerative disease, and, most importantly, an abiding respect for the powerful and life-altering effects of these diagnoses. 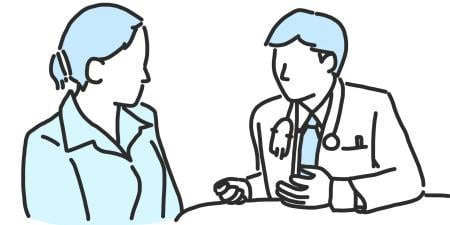