During Dr. Shen’s shift at the cardiac intensive care unit in his regional hospital, airlift brought in an intubated middle-aged woman in respiratory distress from a rural hospital 150 miles away. Ms. Danforth, previously in good health, had had a massive inferior myocardial infarction earlier that day.

“She was fighting the ventilator so much that we needed to sedate her for transport,” the flight nurse reported. “The patient’s daughter and brother left Orchard Hospital about 15 minutes before we did. They wanted to be with Ms. Danforth at all times.” The ED social worker confirmed at the time of the transfer that the patient’s brother had called from his cell phone to say they were on their way but would have spotty reception for an hour or so as they crossed the mountains.

The patient arrived clammy, with cool and mottled extremities. Monitors showed hypoxia and hypotension. Her heart stopped, at which point, Dr. Shen directed CPR and placed a femoral central line to begin pressors. Over the next half hour, the patient coded several times, requiring stretches of CPR every 5 minutes.

At one point when her heartbeat had resumed, Ms. Danforth’s brother called again. “My sister is a single mom and she’s all that Casey has. Save her at all costs, Doc. You need to keep her alive. We’re only a half hour away.”

The patient slipped back into PEA arrest. After 20 minutes of sustained CPR, Dr. Shen asked if anyone else objected to calling the code—just as the social worker burst into the resuscitation bay to say that the family was 10 minutes away.

Ms. Danforth’s case highlights the difficulties in making end-of-life decisions in an ED setting. Often, patients are transferred to tertiary care centers where physicians are faced with advanced disease states and sometimes little opportunity to establish a patient-physician relationship. In this case, Dr. Shen must operate with only physiologic knowledge of Ms. Danforth’s unstable condition because she is decisionally incapacitated, a situation frequently encountered in in-hospital deaths. Smedira and colleagues looked at a sample of almost 2,000 ICU patients for whom treatments were withheld or withdrawn and found that only 5 percent of patients had decisional capacity or participated in discussions about treatment [1]. Family members, if available, serve as surrogate decision makers, a role supported by longstanding social custom and, in many states, by law. Dr. Shen must make critical decisions in this patient’s best interest when all he knows about Ms. Danforth is that she is a single mother whose family wants him to save her at all costs. He must do this at the point in Ms. Danforth’s resuscitation where he has decided that to continue would be futile.

Dr. Shen must weigh the benefits of continuing resuscitative efforts against those of discontinuing intervention. We are told that Ms. Danforth is a previously healthy woman who had a massive inferior wall MI, and, despite heroic interventions, her immediate prognosis is grim. We can assume that all causes for pulseless electrical activity (PEA) arrest have been investigated and appropriately managed (e.g., bedside echocardiography to rule out pericardial tamponade, roentgenogram to rule out pneumothorax, fingerstick to evaluate for hypoglycemia, pulse oximetry to ensure adequate oxygenation). Dr. Shen has looked for and intervened in all reversible causes of PEA arrest and is left with an essentially irreversible disease process. He has done everything.

Should Dr. Shen continue to perform CPR on his patient until her family arrives? The overwhelming urgency in this case is a confounding factor often encountered in the emergency department. Physicians must act in the patient’s best interest with little data while continuing to care for the rest of the ED. Resuscitative efforts require a large proportion of available resources. Dr. Shen must weigh the benefits of continuing CPR or reallocating those resources to other patients in the department.

Few would argue that Ms. Danforth will survive after CPR has been performed intermittently over 30 minutes and then sustained for another 20 minutes, let alone that she will survive with any meaningful neurologic function. It has been well documented that survival to discharge of patients who experience in-hospital PEA arrest in the absence of an initial shockable rhythm (VF or pulseless VT) is 12 percent [2]. In a small case series evaluating the efficacy of repeated cycles of CPR in ICU patients, the likelihood of survival to discharge was found to be zero [3].

The emergency department setting is often the place where the need to clarify and contextualize is most important—and also the place where it is the most difficult. This case raises three important issues—what is futility, when does one make the futility assessment and how do we apply futility to particular circumstances?

The concept of futility is an ancient one. Hippocrates is credited with saying that physicians should “refuse to treat those who are overmastered by their disease, realizing that in such cases medicine is powerless” [4]. In their 1995 article “Is Futility a Futile Concept?” Baruch Brody and Amir Halevy describe four sets of circumstances in which intervention is commonly categorized as futile—(1) physiologic futility, in which an intervention is considered futile if it does not lead to its intended physiologic effect; (2) imminent demise, in which the intervention will not affect the fact that the patient will die within a short amount of time and the intervention has no effect on the underlying disease state; (3) lethal condition, which is similar to imminent demise but excludes the requirement that the treatment cannot effect the underlying condition; and (4) qualitative futility, which essentially states that regardless of the intervention in question, there is no improvement in the quality of life [5]. This framework encompasses most cases of futility, including those not centered on end-of-life care.

A second definition of futility that bears mentioning is Eric Chwang’s framing in “Futility Clarified” [6]. Chwang, unlike previous commentators, argues that futility cannot be given a general or multipurpose definition. It must be determined individually in each situation; hence, medical futility is defined as a clinical action serving no useful purpose in attaining a specified goal for a given patient. In this case, Ms. Danforth is being resuscitated—the intervention is cardiopulmonary resuscitation and the intended effect is the return of spontaneous circulation (ROSC). Despite multiple continuing interventions, the physiologic outcome remains the same—given the outcomes data associated with PEA arrest and repeated cycles of CPR, Ms. Danforth will not survive. If we apply Chwang’s framework to this case, we find that to continue CPR for any amount of time would be considered futile.

However, the futility assessment is an ongoing and dynamic process based on discrete clinical outcomes. With the family about to arrive at the hospital, ED staff may reframe the goals of continuing to resuscitate this patient. The context shifts from “save this life” to “make it OK that life is ending.” With this new understanding, everyone’s approach to the care of this patient changes—not necessarily in physical action (chest compressions remain chest compressions), but in psychological standing; the futility assessment will change as the goal of treatment and the anticipated endpoint change. While this shift in focus may seem merely conceptual, making the death of this patient more manageable for the family is a component of resuscitation that cannot be ignored. Studies have shown that family decision making is a process that unfolds sequentially, beginning with the recognition of futility and ending with coming to terms and letting go [7, 8].

Thus, despite varying definitions of medical futility, the application of the concept tests ethical ideas of appropriate patient care. We must recognize the disproportionate amount of resources consumed by the care of this patient, and, though the aim has shifted from a futile goal (ROSC) to an achievable though not strictly medical goal, the ethical question of how much longer to actively work on this patient remains. By working on this patient, is the physician usurping resources from other patients?

The imminent arrival of the family members in this case makes answering these questions somewhat more straightforward—10 more minutes of CPR will not likely be detrimental to patient flow or resource allocation in the department and, at the end of this case, providing this opportunity for closure may make the death of this patient more manageable for the family. The futility assessment is a dynamic process that must involve both the care of this patient and the care of other patients in the department. Physicians must use their best judgment to make these difficult decisions, utilizing the framework of fiduciary responsibility and professional knowledge coupled with the ethics of medical decision making. 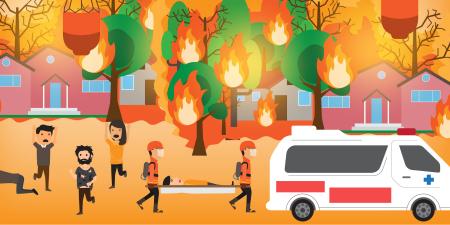 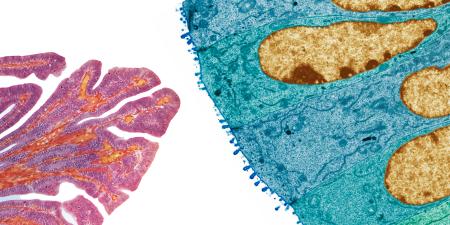 Social Justice, Egalitarianism, and the History of Emergency Medicine