From all one, and from one, all.
Heraclitus

In the aftermath of the Haitian earthquake of January 12, 2010, volunteers from every continent rushed to the shores of Haiti to lend a hand. While this outpouring of human empathy was both laudable and unprecedented in modern times, it was this writer’s direct observation as an emergency team leader that both convergent volunteerism (freelancing) and the lack of a coordinated disaster response caused serious operational and ethical challenges on the ground. At the individual and organizational levels, turf wars ensued; acronyms flew across the satellite phone airways—“PIH, ICRC, UN, PAHO, ESF-8, DMAT, IMC, MSF, NPH, HAS”—reminding us that this was a cluster of volunteer organizations and generating a new moniker for Western Hispanola: “The Nation of NGOs.”

What unfolded was a massive mismatch and duplication of services, expertise, and resources. For example, bringing expensive hardware such as $70,000 scoliosis surgical sets to poor Haitian hospitals made no more sense than the USNS Comfort saving ventilator-dependent quadraparetics in a nation that seldom has 24 hours of electricity—let alone chronic ventilator capacity. Many, if not most, volunteer organizations sent boxes of nephrotoxic gentamicin to a population afflicted by rhabdomyolysis and renal failure. In a population where simple penicillin is still sufficient to smother most infections, one wondered how many flights of fluoroquinolones were truly needed. Not to mention the mismatch between the number of transplants done in Haiti and the transport costs of sending super-sized cartons of cyclosporine.

Some teams came equipped with yoga instructors, naturopaths, and Reiki masters. Indeed, Haiti became a sort of Bedlam peep show for voyeuristic volunteers who, having little legitimate reason to be there, used, as their visa, gifts they wanted to give, not necessarily gifts that Haiti needed. Coupled with a crippling corporate chaos, this gross mismatch of motives and medical need revealed an obvious lack of orchestration. It is not overstating the case to observe that, by their diversion of food, water, fuel, and other resources--including time--volunteers with nothing to contribute unwittingly increased morbidity and mortality among the earthquake's victims.

There were rumblings at local hospitals as well, where teams took license to practice without being vetted by the local population, government, or even hospital staff. One could not help but wince to hear distinctly American-English-accented academics proclaim, “This is my OR” or “We are in charge here.” This lack of professionalism, common courtesy, and respect for both the host country and fellow volunteers raises questions about responders’ collective ability to work in catastrophe situations with others.

One solution to the problem of convergent corporate volunteerism and the companion “road to hell” problem with disconnected or freelancing volunteers is a more proactive and nuanced understanding of the ethics of effective teamwork in emergency and disaster settings. Harnessing the power of good intentions and goodwill toward humanity and channeling it in positive ways that respect local norms, give deference to host nation stakeholders, and accord respect to other volunteers who fulfill complementary roles can help meet these multifaceted and unpredictable disaster management challenges long before they arise in clinical practice. Disaster situations entail serious time exigencies that do not allow for protracted moral reflection and ethical deliberation; thus, preventive measures and policies that amplify virtue and ensure ethical corporate practice are warranted.

Optimal moral action in a disaster requires more than an understanding of utility, rationing, and triage. Beyond standard bioethical principles, codes of ethics and conduct can help provide a moral framework that addresses at least some of the many micro-, meso- and macro-level disaster challenges. Organizational codes of conduct are useful for disaster preparedness and planning at the meso level. Many national and local disaster response organizations, such as Disaster Medical Assistance Teams, Medical Reserve Corps, The Centers for Disease Control and Prevention, and other governmental organizations and NGOs within the U.S., lack codes of ethics or conduct to guide their organizational response to disasters. The International Committee of the Red Cross (ICRC), however, does promulgate the following “Principles of Conduct for the International Red Cross and Red Crescent Movement and NGOs in Disaster Response Programmes” [1]:

The organizational model provided by the 10 Principles in the ICRC Code of Conduct addresses the critical need for objective, apolitical, culturally competent, dignified, humane, and sustainable disaster responses at both the macro and meso levels. Although the ICRC suggests an important corporate ethical posture, it does not address the specifics of disaster response. For this, virtues in general and teamwork in particular, are still needed.

From Me to We: The Ethics of Teamwork

Teamwork can be defined generally as a cooperative or coordinated effort by a group of associated persons acting together for a common cause [2]. Analogously, a disaster health care team may be defined as: an intimate group of interpersonally associated providers that works toward the common goal of seeing that disaster victims receive quality disaster care. As I have asserted for some time [3], quality emergency and disaster care requires a holistic team approach involving interdisciplinary collaboration not only among physicians, nurses, and paramedics alone but also among NGOs, governments, ministries of health, policymakers, and administrators. For everyone involved, the most important members of the team should be the population of victims, whose need should always set the moral compass for the mission.

Team-based approaches to disaster optimize extant resources, enhance efficiency, and promote collaboration instead of a sort of medical imperialism. When it ceases to matter who gets the credit and the focus on patients takes precedence, other positive benefits accrue from the team-based model: greater understanding of population problems, access to a wider range of expertise, the support of colleagues, reduced stress due to sharing of responsibility, enhanced care for victims. The gestalt concept—that the total outcome of the team’s larger enterprise will exceed the sum of the individual members’ efforts—takes effect.

Multiple empirical studies provide evidence that supports the true effectiveness of the team approach. Studies by Gregory Jay and colleagues have demonstrated both significant error-reduction and enhanced patient satisfaction employing MedTeams, a novel teamwork strategy [4, 5]. The cost of not embracing teamwork are also significant. A study by Wessen found that “in a hierarchical hospital organization, hospital personnel tended to interact only with members of their own group...[leading to] limited intergroup communication and the disruption of professional relationships” [6]. A study by Knauss et al. comparing the various organizational characteristics and patient outcomes of 13 intensive care units, discovered a direct correlation between patient outcomes and interprofessional communication; the better the communication, the better the outcomes [7]. These studies highlight that a multifaceted team approach is needed to facilitate effective relationships among health care professionals and to patient care.

There are many obstacles to productive interprofessional interaction and to the effective promotion of teamwork. Health care teams may have difficulties with leadership, role delineation and negotiation, goal setting, problem solving, conflict, power, authority, trust, and support.

One obstacle is the lack of training of health care personnel to behave like teams rather than individuals who only coincidentally work in the same place at the same time.

Health care teams are expected to work together, ignoring real or imagined differences and egos, for altruistic goals. However, years of academic training, social and cultural factors, and perceptions of statuses assigned to the health-care professions cannot be ignored....Most have been trained to work independently, not interdependently. They often become team members with no advance communication training or skills in group dynamics and find it difficult to cross traditional professional or gender hierarchies [8].

As one author noted,

It is naive to bring together a highly diverse group of people and expect that, by calling them a team, they will in fact behave as a team. It is ironic indeed to realize that a football team spends forty hours a week practicing teamwork for the two hours on Sunday afternoon when their team really counts. Teams in organizations seldom spend two hours per year practicing when their ability to function as a team counts 40 hours per week [9].

Other obstacles to successful teamwork such as role stress, lack of interprofessional understanding, and autonomy struggles [10], are particularly formidable in disaster situations. “Role stress” refers not only to the stresses of caseload and time constraints, but also to the demands of performing many tasks unrelated to one’s profession. Role stresses may transform typically minor disagreements into major clashes. In addition, disaster stress often causes professionals to focus more on tasks and less on relationships. Confusion of roles and responsibilities creates the potential for task overlap, scope-of-practice transgressions, and untenable demands. Similarly, autonomy struggles arise from confusion about job assignment, authority, and control. When a justifiable pride in one’s profession devolves into egocentricity or competitiveness, conflicts may arise, turf wars are declared, and interdisciplinary team efforts are seen as threats to professional identity and integrity [7, 10-12].

Teamwork within and between teams is an ethical imperative in disaster situations. How, then, does a disparate group of health professionals lumped together overcome obstacles to become a health care team? First and foremost, the members of the group must learn about each other. Encouraging informal group interaction and educational services to teach about various professional roles and responsibilities is essential, as is a virtue-based ethic of magnanimity and teamwork. Homer used the Greek word arete to describe not only virtue, but excellence of every kind [13]; arete has been described as those excellences or virtues that enable an individual to properly do what his or her role requires—in other words, to excel in usefulness. The extension of arete to disaster care could provide needed protection against the widespread egocentricity and moral malaise in the field.

While one must resist the temptation to legislate what makes emergency professionals good people or good citizens, it is equally important that we do not resist the temptation to describe what makes them good disaster responders. Highly functional disaster team members should be strong and secure in themselves and their ability, but hit the golden Aristotelian mean between self-assuredness and humility; prepared to stand alone yet deeply invested in the team mission and needs of the population served.

Many individual and corporate virtues are necessary for successful teamwork to be possible. Beyond team-centeredness, an ideal emergency medicine team must have friendliness, humility, intelligence, vigilance, cultural sensitivity, and tact. The virtues do not live in isolation, and persons with strong moral character must be actively recruited to grow virtue in other team members. Excellent communicators, for example, foster team-based virtues and individual traits of prudence, justice, nonjudgment, self-effacement/charity, compassion, and resilience in the supporting cast. These moral excellences or virtues do not suggest that team workers should be doormats, nor do they suggest that strong leaders are not required. On the contrary, strong leaders and loyal staff are neither dependent on nor independent of each other; rather they are interdependent. The closer we come to this ideal, the more successful we will be in developing useful, skilled, and truly excellent disaster teams that measurably improve the quality of care for victims and patients, enrich the environment and relationships in which we work, and bring honor and integrity to the forefront of this noble and heroic service. 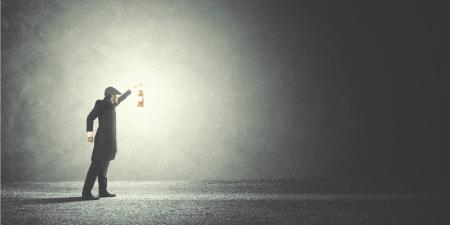