When the Food and Drug Administration approves a drug for use in the general population, it does so with specific labeling. This labeling usually comes about after many years of study, culminating in clinical trials conducted with individuals who have the condition the drug is designed to treat. If deemed safe and effective, the drug is indicated as an approved treatment for a particular condition, sometimes within a specific population.

Physicians are allowed to prescribe any drug they see fit to treat a patient’s ailment [1]. This includes so-called “off-label” prescribing, that is, prescribing for a use not indicated by the FDA. Such prescribing generally occurs when a drug is thought to have therapeutic benefit (usually because of repeated common usage) but has not been labeled for treatment of a given ailment for reasons of cost, proprietary jurisdiction or yet-to-be-finalized data. Perhaps the best known example is aspirin, which was recommended off-label for treatment of hypertension and angina until 1998 when the FDA labeled it for such treatment [2]. And surveys indicate that most physicians who treat cancer patients have prescribed drugs off-label as tumor-reducing therapy [3]. The federal government has noted that this widely established medical practice is consistent with the best aspects of medical care when the physician has carefully weighed the risks and benefits of such prescribing [4].

Although off-label prescribing of a drug is permissible, the off-label marketing of that drug is not, and it is within the purview of the FDA to regulate such marketing. Under several provisions of the Food, Drug, and Cosmetic Act, a company must specify all intended uses in its new drug application to the FDA [5]. Once approved, the drug may not be legally marketed or promoted for any use not specified in the application and approved by the FDA. Off-label marketing is seen by many legal experts and ethicists as a practice fraught with the potential for abuse. Savvy drug manufacturers would be able to convince physicians to prescribe their drug for an indication where, at a minimum, a better drug was available and, at a maximum, the drug had no legitimate claim to its purported therapeutic effects.

Perhaps no case is better known for the dangers of off-label promotion than that of Neurontin. When the FDA granted approval to Parke-Davis for its drug Neurontin (gabapentin), it was originally labeled for use as an adjunctive therapy for epileptic seizures (that is, not for use by itself but as an add-on drug to strengthen primary anti-epilepsy pharmacotherapy). Some limited studies, however, showed that Neurontin might also help individuals with a variety of mental health disorders (bipolar and attention-deficit/hyperactive disorders [ADHD] and alcohol withdrawal), restless leg syndrome, migraine headaches and other pain disorders.

In order to boost sales of the drug, Parke-Davis engaged in what would later be judged to be illegal off-label marketing practices, pushing the drug to physicians for myriad uses for which it had not originally been approved. The details of these practices were revealed in the aftermath of a lawsuit brought by a former Parke-Davis employee under the federal False Claim Act (FCA), the government’s primary legal tool for preventing waste, fraud and abuse by businesses. The FCA combats such improprieties through several mechanisms including:

The case against Neurontin

The relator in the Neurontin case was David Franklin, MD, a microbiologist employed by Parke-Davis as a “medical liaison.” Franklin and several other liaisons, most of whom had medical or graduate bioscience degrees, were hired to answer doctors' technical questions about Neurontin. Medical liaisons are not considered sales representatives by pharmaceutical companies, and they are forbidden under law to talk to doctors about off-label uses unless the doctor has a specific question. Franklin, however, said he was trained as part of a plan created by Parke-Davis executives to sell Neurontin for a variety of conditions for which it was not labeled, including migraines, manic-depression and ADHD. Such training focused on earning doctors' trust and then providing them information about off-label uses for Neurontin.

Franklin stated that within a few weeks of starting his medical liaison job, he realized that he had become a major part of a campaign to market Neurontin illegally for more than a dozen uses for which it was not FDA-labeled [7]. He decided to bring suit through the whistleblower language in the FCA. The complaint, based on Franklin’s five months with the company, alleged that his former employer engaged in a campaign of false and misleading statements intended to defraud the federal government of hundreds of millions of dollars through the needless purchase of Neurontin for Medicaid beneficiaries [8].

In his complaint, Franklin described a “publication strategy” in which Parke-Davis allegedly used and then surpassed the limited leeway it had to promote off-label uses of Neurontin [9]. First, the company sought to take advantage of a pre-Food and Drug Administration Modernization Act of 1997 regulation that permitted manufacturers to distribute publications describing off-label uses of FDA-approved drugs so long as the publications were produced by third parties. For example, the company allegedly hired non-physician technical writers to ghostwrite articles for medical journals and then paid actual specialists to sign as the articles’ authors. Physicians were also paid to conduct meaningless clinical trials of Neurontin’s off-label uses with cohort sizes too small for any conclusive results to be found [10].

Franklin also claimed that Parke-Davis knew that it was inappropriate to use medical liaisons as salespersons. Before extending the job offer, the company asked Franklin whether he had difficulty working in gray areas or bending rules, and during a training session he was warned that “under no circumstances should any information about off-label uses be put in writing” [8]. After taking the job, Franklin ran into situations in which medical liaisons were introduced as academics “on-leave” from their teaching or research to lend credibility to their sales pitch.

When Franklin brought concerns about the marketing practices to his superiors, he was put off. A physician he was “pitching” showed Franklin an article stating that Neurontin had worsened the behavior of a child with attention deficit disorder. When he later showed the article to his boss, Franklin said that his boss had laughed and said, “Well, the doctor should not have been using the stuff off label anyway” [7].

Concluding his allegations, Franklin observed that

one-quarter to one-third of all Neurontin prescriptions in the United States were paid for by the Medicaid program….[Parke-Davis] knew that off-label prescriptions for Neurontin were ineligible for Medicaid reimbursement and that its activities would, in fact, cause numerous ineligible prescriptions to be submitted to Medicaid [8].

Medicaid fraud was the linchpin for this case [9]. Medicaid can generally only be used for covered outpatient drugs and not for off-label use unless the drug is included in one of the identified drug compendia [11]. On behalf of the United States government, therefore, Franklin charged Parke-Davis with causing pharmacists, doctors and patients to request and receive reimbursement for uses of Neurontin not covered by the Medicaid program.

While the case was pending, Pfizer [12]—which acquired Parke-Davis in 2000—said that it was not aware of any false statements about the off-label use of Neurontin made by Parke-Davis employees and that any statements would have been made well before it acquired the company. In 2003, Neurontin accounted for $2.3 billion of Pfizer's sales and was one of the company's top-selling drugs. Pfizer said in court papers that more than 78 percent of Neurontin prescriptions in 2000 were written for unapproved uses.

In 2004, after eight years in the legal system, Pfizer agreed to plead guilty to charges of falsely marketing Neurontin and defrauding the federal government [13]. As part of the terms of its plea, Pfizer:

The criminal and civil liabilities, in total, equaled $430 million, including $240 million in criminal fines, the second largest ever imposed in a health care fraud prosecution.

Because of the whistleblower incentive in the FCA, Franklin and his attorneys shared in the civil award and received more than $26 million.

The case of Neurontin has brought increased exposure to pharmaceutical company marketing practices. Although off-label prescribing continues to be a valued part of clinical practice, the marketing of drugs off-label is seen as a corruptive practice that threatens the integrity of medicine. Since this case was brought, Neurontin was approved by the FDA for pain related to shingles, one of the off-label prescriptions for which it was not indicated at the time of the suit. But while physicians certainly have a responsibility not to pay attention to off-label marketing, it is the responsibility of the pharmaceutical industry to create an environment where such practices are not present to influence physicians. Whether the warning of the Neurontin case will stop off-label marketing in the future or simply spur pharmaceutical companies to come up with more creative ways to promote their drugs remains to be seen. 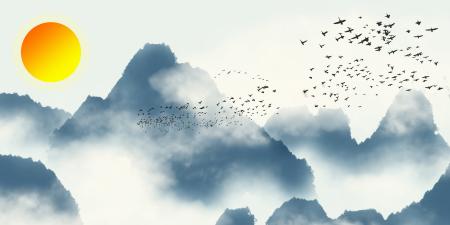