Type “vitamin B-12” into your favorite Internet search engine, and you’ll find an array of information and advertising sites touting various vague health benefits, including the “amazing” exercise-boosting ability of this complex compound. Despite its popularity as a general “energizer” for the body, mind and spirit, the evidence that vitamin B-12 should be taken either orally or parenterally by individuals who do not have a clinical diagnosis of deficiency is generally not convincing [1,2].

One of the nine water-soluable vitamins, B-12, or cobalamin, has a chemical structure that is based on a corrin ring with a central metal ion (cobalt). Hailed as “nature’s most beautiful cofactor” [3] because of its unusual ruby red crystalline sheen, vitamin B-12 was discovered as a result of the work of Nobel-prize-winning Harvard scientists George Richards Minot and William Parry Murphy who were seeking a cure for pernicious anemia [4]. They discovered that a large diet of liver—up to a half-pound daily—induced dramatic improvement in both the clinical symptoms and hematologic lab results of their patients with pernicious anemia [4]. Subsequently, other scientists, including Dorothy Crowfoot Hodkins, worked to purify, isolate and identify the structure of Minot and Murphy’s “antipernicious anaemia factor,” now known as vitamin B-12 [5].

Vitamin B-12 is critical to the formation of mature erythrocytes, the synthesis of both DNA and RNA and myelin production, particularly in the spinal cord. Its main biochemical function is as a cofactor (in the form of methylcobalamin) for methionine synthase in the enzymatically driven reaction leading to the synthesis of the amino acid methionine from homocysteine. Methionine synthase also drives the conversion of 5-methyl tetrahydrofolate to tetrahydrofolate, the active form of folate that is necessary for the de novo synthesis of purine nucleotides (and therefore DNA and RNA) [6]. Methionine itself is part of the chemical process involved in the creation of S-adenosylmethionine, a substance critical to myelin formation and the methylation of DNA and RNA [7].

Another co-enzyme form of vitamin B-12, 5-deoxyadenosylcobalamin, serves as a cofactor for methylmalonyl-CoA mutase, the enzyme that leads to the synthesis of succinyl Co-A, an intermediate of citric acid and a precursor of porphyrin (and therefore, heme) synthesis [8]. Succinyl-CoA is also critical to the catabolism of some fatty acids and the production of energy [8].

Found primarily in meats (especially liver), eggs, poultry, shellfish and milk, dietary vitamin B-12 is cleaved from its food source by the highly acidic environment of the stomach. It binds briefly to a gastric R binder protein before being freed by pancreatic peptidases in the duodenum and jejunum. Once free, the vitamin forms a complex with intrinsic factor, a chemical produced by gastric parietal cells [8].

This vitamin B-12-intrinsic factor complex is the chief mechanism by which the vitamin is absorbed across the distal ileal mucosa via an energy-dependent process. Another method of absorption believed to be independent of intrinsic factor may be capable of transporting a small amount (approximately 1 percent) of orally ingested vitamin B-12 into the mucosal cells [9]. Transcobalamin in the cells picks up the free vitamin after it has been released from its intrinsic factor complex and transports it through the portal circulation to the liver, where the majority of the body’s vitamin B-12 is stored.

Low levels of serum vitamin B-12 are of particular concern to the elderly, with several studies identifying a deficiency in up to 15 percent of the over-65 population [10,11], perhaps related to overuse of gastric antacid agents [12]. Alcoholics and individuals who consume strict vegan or vegetarian diets are also at risk. Serum cobalamin levels can be ordered for initial screening, with levels less than 400 pg/mL (295 pmol/L) being of possible concern [12] . If serum cobalamin levels are suspicious, serum or urine methylmalonic acid and homocysteine levels can confirm the deficiency [12].

Megaloblastic anemia. If vitamin B-12 is not absorbed in the ileum due to a nutritional deficit or malabsorption-related problem (e.g., pernicious anemia, gastrectomy, small intestine disorders), methionine synthase activity slows down, reducing the rate of conversion of methyltetrahydrofolate to tetrahydrofolate, the active form of folate.

Neuropsychiatric symptoms. White matter and axonal degeneration may be seen in the spinal cord, cerebrum or peripheral nerves of individuals suffering from chronic (5-10 years) vitamin B-12 deficiency [14,15]. Neurologic and psychiatric abnormalities associated with vitamin B-12 deficiency may not reverse, despite proper supplementation [8]. Symptoms such as numbness and paresthesias in the extremities, loss of position and vibratory sensation, difficulty walking, depression and irritability, diminished cognitive function (including memory impairment), and psychosis may be observed even in the absence of hematologic disease [8,15].

Cardiovascular effects. One of the major findings of the Framingham Heart Study was that high levels of plasma homocysteine may be associated with an increased risk of cardiovascular disease, including stroke, coronary artery disease and peripheral artery disease [16]. While folic acid and vitamin B-12 (to a lesser extent) are both effective at reducing homocysteine levels, the evidence so far does not suggest that folic acid and vitamin B-12 supplements taken together or separately will reduce the risk of major vascular events, including the incidence of death from myocardial infarction and stroke [17-19]. The HOPE 2 investigators recently explained this apparent discordance by suggesting that “homocysteine could be a marker, but not a cause, of vascular disease” [17].

Where serum levels of vitamin B-12 are adequate, extra vitamin B-12 is unlikely to be the direct cause of any improvement in nonspecific symptoms of fatigue and low energy. Lawhorne and Ringdahl observed that “the efficacy perceived by the patient [is] more likely related to the support, reassurance, and hands-on care provided by the physician rather than the injection that [gives] the visit credibility in the eyes of the patient’s family and community” [1]. While such injections may have once been considered medically, or even psychologically, appropriate, use of vitamin B-12 as a “tonic” for fatigue, weakness or muscle aches in the absence of either a real deficiency or a definitive randomized, double blind, placebo-controlled trial that establishes benefit must be considered unnecessary.

The daily requirement of dietary vitamin B-12 is 2.4 mcg for most adults [20]. Despite the prevalence of vitamin B-12 deficiency in the geriatric population, there is no current agreement on whether or not screening should be universal for older adults who do not possess risk factors [15]. There is also “no accepted screening protocol for vitamin B-12 deficiency” [15]. As mentioned above, a serum B-12 is generally the first-line lab screen. If the serum B-12 level is borderline, a serum homocysteine or serum methylmalonic acid test can be ordered for more diagnostic specificity. For those who do require supplementation or replacement due to insufficent vitamin B-12, oral or intramuscular therapy should be given, usually at levels well above the daily requirement [12,15]. 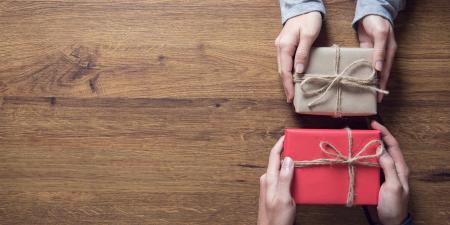