It has been nine years since the Food and Drug Administration relaxed its interpretation of the 1962 Kefauver-Harris Amendments and unleashed a torrent of direct-to-consumer (DTC) advertisements in print, on radio and on television [1]. Cumulative spending on DTC advertising since 1997 approaches $20 billion, with $4.5 billion reported in 2004 alone. Though nonproprietary data are sparse, one can safely assume that pharmaceutical companies would not make investments of this magnitude without achieving consistently good returns.

The two sides in the DTC advertising debate line up in predictable ways [2]. Critics argue that DTC motivates patients to seek unnecessary and expensive treatments for trivial conditions, engenders discord in the patient-physician relationship and distracts doctors from their principal job of diagnosing and treating illness. That thinking has changed, and since 1997 industry spokespeople and their academic defenders argue that DTC advertising encourages treatment seeking by those who might otherwise go undiagnosed, delivers good educational value and, in any case, qualifies as protected speech under the First Amendment. While pharmaceutical companies are most clearly empowered by DTC advertising, defenders offer an ethical argument that does seem to trump all others: patients have a right to health care information and no one—not doctors, not consumer advocates, not the Food and Drug Administration—should interfere with patients’ unrestricted access to that information. Anything else smacks of paternalism and that went out of fashion a long time ago.

Lost in the debate is whether, along with rights, patients have any duties as health care consumers. This is a tricky matter not often considered by medical ethicists. The possibility that patients have duties as well as rights comes up in discussion of the covenant that serves the moral and legal foundation of the patient-physician relationship [3]. As part of this covenant, for example, physicians are enjoined to place patients’ welfare first. Patients commit to disclosing their symptoms and past histories, negotiating and adhering to mutually acceptable treatment plans, and attending follow-up appointments. Medico-legal doctrine tacitly acknowledges the concept of parallel rights and duties by absolving physicians of malpractice if the cause of injury is the patient’s repeated failure to adhere to the agreed-upon treatment plan. Fundamentally then, patients’ covenantal duties derive from a general principle of respect for persons—in this case, the person of the doctor and, by extension, other patients under that physician’s care. Put more plainly, patients shouldn’t demand inappropriate medical treatment because to do so devalues medical care and also wastes resources that are needed for other patients.

Surveys conducted in communities and in clinical settings indicate that direct-to-consumer advertising motivates consumers to seek care and request prescriptions [2,4,5]. Until recently, however, there was scant evidence addressing the effect of such requests on physician behavior. In a recent study, investigators trained two groups of actors (“standardized patients” or SPs), one to portray patients with major depression of moderate severity, which is a serious condition requiring treatment, referral or close follow-up, and the other to portray patients with an adjustment disorder, a less serious condition for which supportive counseling and watchful waiting might suffice [6]. SPs were randomly assigned to visit 152 primary-care physicians in three U.S. cities (298 visits in all). Within each of the two main groups, one-third of the actresses (all non-Hispanic, white, middle-aged women) mentioned a TV advertisement and made a brand-specific request for Paxil (paroxetine); another one-third made a general request for “medicine that might help”; and the rest made no request.

There were two main findings. First, among SPs presenting with major depression, those who made no request had only a 56 percent chance of receiving high-quality initial care (antidepressant prescription, mental health referral or close follow-up). In contrast, SPs who made a brand-specific or general request for medication were treated to this standard in over 90 percent of visits. Second, among SPs presenting with adjustment disorder, the proportion receiving an antidepressant prescription was 55 percent if a brand-specific request was made, 39 percent if a general request was made and 10 percent if no request was made.

One ethically significant result of this research is the impression that physicians tend to comply with patients’ requests, at least in the gray areas of clinical practice where clear-cut guidelines are scant [7]. This brings into relief an often hidden foundation of the patient-physician relationship. Just as patients expect physicians to recognize their right to participate in medical decision making, physicians depend on patients to recognize the clinical judgment and professionalism that they (physicians) bring to the encounter. Social theorists show how patients actually have the power to grant physicians their status as professionals or to refrain from doing so. Patients play a voluntary role by allowing doctors the authority to probe their bodies and ask private questions, and this in fact defines the doctor’s role. Without patient acknowledgment of the propriety of doctors doing this, such exams could never take place [8-11].

Imagine a world in which patients trust television advertisements more than they trust physicians and insist that their doctors have nothing to offer them except cheerful compliance with their requests. In such a world, patients would shuttle between their televisions, on which they would watch DTC ads, their physicians’ offices, where they would present a shopping list of “needed” drugs, and their computers, on which they would order pharmaceuticals directly from the Internet. The very involvement of doctors in care might soon be rendered irrelevant. Insofar as patients do benefit from physicians who are prepared to render trustworthy advice, they have a crucial responsibility to sustain the value of clinical judgment. That responsibility is expressed in seeking to engage in genuine dialogue about treatment efficacy and outcomes. Though clinically worthwhile, such conversations should not promise to satisfy all consumer desires.

Importantly, this model of mutual regard in no way limits patient autonomy. Just as doctors need not comply with their patient’s requests, patients need not follow their physician’s advice. They do, however, need to be informed. This requires access to high quality information. DTC advertising delivers relatively little educational value [12]. One solution is for drug company consortia to fund public service announcements that would not only educate patients about specific problems but also help them formulate good questions for their physicians such as, “How many people with my problem are helped by this medication?” and “What are the risks and benefits?” Health care organizations would have the reciprocal obligation to structure patient visits so that doctors are not so time pressured that they reflexively comply with requests rather than engage in educational dialogue [13].

Over time, patients should also be educated to see the public health implications of their DTC advertising-related demands: seeking unnecessary prescriptions can result, indirectly but ineluctably, in harm to others. One can imagine several mechanisms. First, overuse of a drug might make it less effective for future users; antibiotic resistance comes to mind. Second, inappropriate consumption of a scarce drug (e.g., ciprofloxacin during the 2001 anthrax scare) could limit the drug’s availability to others who have greater clinical need. Third, the provision of unnecessary medical services (including expensive, unindicated, brand-name prescription drugs) strips resources from more effective forms of care. The little-noticed victim of clinically unwarranted prescribing is the patient who could have benefited from an effective treatment but cannot gain access to it because society’s resources have been exhausted at the hands of profligate consumers and their co-conspirators in the medical-industrial complex [14].

Directly educating patients about medicines, preferably through public service campaigns, not only respects patient autonomy but promises to promote better health. Patients with chronic illnesses who become actively involved in their medical care tend to achieve better health outcomes [15]. Seeing a DTC advertisement, making an appointment and asking the doctor about the merits of a new treatment are among the behaviors that studies would classify as “active.” Overall, patients benefit most from a system that respects their active role. But such a system need not sacrifice the value of physician-patient engagement that is genuinely educational and guiding. Protecting the time for and the value of such interactions, however, depends crucially on patients responsibly exercising their prerogatives by refraining from making requests willy-nilly. By acting as responsible partners rather than willing victims of commercial manipulation, patients can ensure that even when they don’t get what they want, they get what they need.

Fetal Photos and Body Scans in Parking Lots: The Implications of Bypassing Physicians in the Medical Marketplace 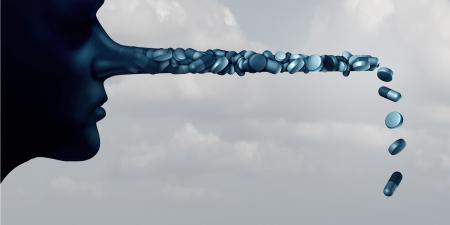