The concept of the quality-adjusted life year (QALY) provides a simple technical tool for summarising the impact a medical condition has on someone's life and the impact a health care intervention can have on that medical condition. In the former case, QALYs (and related concepts, such as disability-adjusted life years, DALYs) have been useful in producing summary statistics on the burden of disease, while, in the latter case, QALYs are commonly used in evaluating the effectiveness of health technologies.1,2,3,4 In particular, the QALY is at the heart of initiatives such as the UK 's National Institute for Clinical Excellence (NICE), which provides detailed cost-effectiveness evaluations of medical interventions and technologies.5

The QALY is not a rationing tool on its own, as its use in burden of disease studies shows. It was developed to assist in decision making about health care resource allocation, and this remains its best known application. From the very beginning it has been controversial, but when handled with care, the concept of QALY can be useful.

First, consider a patient who can be treated with either of 2 interventions. There are many ways to choose which intervention to use. Evidence as to which of the 2 gives the patient the greater number of expected QALYs would be helpful. How this information should be used in practice can be controversial, however. If a particular treatment is greatly superior to the other in terms of QALYs added, the temptation to offer only this treatment is strong, since it would appear that no rational person would choose the less-effective treatment. Yet, because QALYs combine length of life with quality-of-life measures, we may be prejudging trade-offs between factors that affect quality of life, and the patient in front of us may choose differently. This becomes still more difficult if we consider cost-per-QALY gained, rather than merely QALYs gained, as the choice criterion.

Secondly, in the case of chronic illness or disability, time becomes important, and we need to consider the preference a person may have for a year of life now as compared to a year of life in the future. People's "time preferences" differ, and, in particular, the patient's time preferences may well differ from those of her physician. Notwithstanding these and similar difficulties, QALYs can provide useful information for patients who are making choices from among various treatment options.6

Typically, however, QALYs are not directly used in patients' own decision making, but, rather, they assist in 1 of the following kinds of choice:

The debate about using QALYs to allocate treatments among patients is well known: controversy surrounds the questionable objectivity of the quality-of-life measurement, the ethics of discriminating between patients on age grounds alone, and the lack of sensitivity to equity considerations (even allowing for so-called equity weights).3 To all of this, however, the QALY supporter can say: fine, tell me what you want to incorporate into the measure, and I will find a way to do so. Or, more belligerently, she might say, fine, if you don't like QALYs, how do you want to prioritize scarce resources and expensive treatments?4

Where the QALY approach really gets contentious is in allocating budgets to different classes of treatments. There are 2 problems here. Well known is the problem of choosing between costly but life-saving treatments on the one hand and cheap, high volume, but merely quality-of-life-enhancing treatments on the other. Ongoing controversy exists as to whether the so-called "rule of rescue" can or should be built into decision-making rules. The "rule of rescue" holds, roughly, that where a life can be saved, we should aim to do so, and this should take priority over questions of cost or efficiency. It is frequently invoked in neonatal intensive care, for instance. This is a difficult problem, but it would be premature to assume that it cannot be solved, possibly by use of equity weights or, more likely, by supplementing the QALY approach with a more explicitly normative framework for decision making, such as Daniels and Sabin's "Accountability for Reasonableness" framework.7 Such an approach uses QALY information as a single source of evidence, only to be supplemented with explicit deliberation over values by stakeholders.

A more serious problem concerns which treatments to rule in for QALY assessment and comparison. An interesting example is medical treatment for infertility, recently considered by NICE.5,8 The NICE economic evaluation of such treatment explicitly excluded "social" infertility (ie, inability to conceive due to the patient's being single or in a homosexual partnership, in contrast to medical infertility which is due to some biological pathology or deficiency). This raises the interesting problem that we would face if allocating in vitro fertilization (IVF) to only 1 of 2 women, 1 of whom was single, medically healthy, and 25, and the other of whom was married, 42 years old, and medically infertile. The younger woman would have a greater chance of successful implantation and pregnancy and probably a longer lifespan ahead of her to enjoy raising her child. From a QALY point of view, it appears relatively obvious how we should assign treatment; from a social point of view this may not be the case. Opinions will differ about who would be a "better" mother (and what counts as "good" in this context), but at least some people would believe that the older woman was a more deserving recipient of treatment, notwithstanding her lower probability of a successful pregnancy and her shorter life expectancy from the present.

Secondly, the NICE evaluation explicitly rules out consideration of the child's quality of life, although in this instance NICE did not use QALY criteria, but only "success" criteria (birth of a child following treatment). But a QALY evaluation of IVF would presumably consider the mother's quality of life together with that of the child and perhaps that of the partner or other near relatives. This presents an interesting problem: part of the rationale for QALYs is the pursuit of an objective allocation criteria to escape the legacy of early "social" criteria for treatment allocation (such as or merit or number of dependents), but in this situation, a "social" criteria almost inevitably becomes a factor.9 The point of an allocation scheme such as the QALY is that it is to be objective by being independent of the preferences and prejudices of the allocator. QALYs certainly are independent of such personal biases, but are nonetheless value-laden both structurally (an in-built bias toward the young, for instance) and in how they are used (who and what is counted). The advantage of QALYs is that, as a formal, yet empirically informed, framework, such value-loadings can be inspected and debated.

The IVF example illustrates that many interventions can have an impact on quality of life and that these need not be medically necessary or essential interventions, and so we need to have a non-arbitrary criteria for ruling in particular interventions for consideration. It also illustrates that we need to have rules about whose quality of life is to be counted and, if the quality of life of the unborn is to be counted, how it is to be estimated. But finally, it is far from clear how to compare QALYs in the infertility context with QALYs derived in the context of, say, coronary artery bypass grafts (CABG). Even if we could show that the impact of a CABG on the health, quality of life, and life expectancy of a 50-year-old was numerically comparable to that of IVF on the health, quality of life, and life expectancy of an infertile person, it is debatable whether we are really comparing the same kind of thing. This is not to deny that infertility is morally important, or psychologically deeply distressing, or that it can have a medical basis and medical sequelae, but it raises the question of whether "medically needed" and "medically desired" can use the same scale. One way to see this is to consider human well-being from within Amartya Sen's capabilities model: infertility treatment addresses a different capability from that addressed by CABG surgery.10

The argument I have sketched here is that, while we need decision criteria for rationing, and the QALY is useful in framing them, it will need to be supplemented both explicitly by other rules and more subtly by an understanding of what is being measured and the implicit value judgements that underlie assumptions about what can be compared with what, and whose judgements count. These additional considerations should include changes in both the procedural rules (about who is invited to deliberate over decision criteria or specific decisions) and possibly substantive rules (for instance, the rule of rescue, rules about where to draw the line between health-and-non-health-related interventions, or the "fair innings" rule discussed by Alan Williams. According to Williams each of us has a certain reasonable expectation about lifespan and entitlement to resources, and when we exceed this expected length-of-life, we should allow others younger than ourselves to have priority in the allocation of resources.)11 Nonetheless, as Nicholas Rescher argued a generation ago, probably no allocation scheme is perfectly efficient or perfectly fair.12 QALYs should be taken on their own merits—and with a pinch of salt. 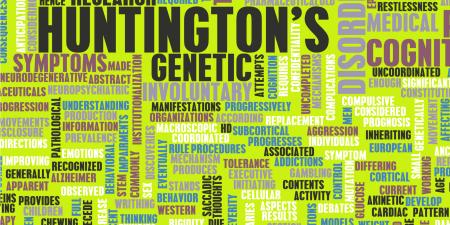