Dr. Berkman welcomes his long time patient, Sue, to the clinic. Today she is accompanied by her 17-year-old daughter, Marie, and Marie's boyfriend, Tom. Marie is 8 weeks pregnant, and the 3 have come for genetic counseling.

Dr. Berkman is familiar with the family history of Huntington's disease and understands Marie's desire to know the fate of her child. A review of the patient's history shows that Huntington's is present on the paternal side of the family; Marie's father and his sister have both been diagnosed with the disease. Marie's father is in the end stage of the disease with Sue as his primary caregiver. Marie's aunt committed suicide 15 years ago after receiving her diagnosis.

Dr. Berkman talks with the 3 about the decisions they may face when the results are in and supports Marie's decision to go forward with the test. Dr. Berkman informs Marie that a positive result for her fetus would mean that she also carries the genetic trait. This information further convinces Marie that she must have her fetus tested. There is approximately a 2-week waiting period for the return of the results. Dr. Berkman encourages the family to consider the various options that a positive result would present during the wait time and offers his continuing counseling and clinical expertise.

Upon receiving the test results Dr. Berkman informs Marie, Sue, and Tom that the fetus does indeed contain the Huntington gene. Marie is adamant that she does not wish for her child to suffer through the progressive deterioration of the disease in the same manner as her father. Marie states that she wants to abort the fetus because of the positive result.

Sue acknowledges that the consequences of the disease are terrible and is sympathetic to the views of her daughter, but is nostalgic and optimistic with regard to the years preceding the disease. Sue believes her future grandchild should have an opportunity to live a fulfilling life prior to the onset of symptoms just as her husband did. Sue and Marie look to Dr. Berkman for help in resolving their difference of opinion.

Medical counselling and predictive genetic testing are difficult tasks in the case of an inherited, life-limiting illness like Huntington's disease (HD). There are several and diverse reasons why individuals at risk desire to know in advance whether or not they will get the disease. Planning of life—especially decisions regarding children and profession—is a frequent reason for testing, but others seek advice because they can no longer stand the uncertainty. In such situations, the genetic counsellor sometimes gets the impression that individuals will use the test to predict how their lives will unfold. The genetic test, however, offers an answer for only a single disease and cannot predict an individual's overall quality of life in the future.

On first glance, it seems appropriate that a parent-to-be is entitled to know whether or not her child will have HD and to decide whether to abort the pregnancy on the basis of that information. However, this case illustrates a number of problems which complicate a decision for or against prenatal testing and abortion. In a late-manifesting disease like HD, the time before the onset of symptoms could be the span of a normal life. Predictive testing can change this otherwise normal healthy life into a period of anxious waiting for the appearance of symptoms, and this may especially be the case for individuals who have sought predictive testing because they cannot stand the uncertainty.

Similarly important, it is difficult—if not impossible—to predict quality of life for another person. People cope differently with illness, handicaps, and reduced life span. Severely handicapped patients quite often have an impressive will to live, are happy, and are grateful about their ability to participate in life. In contrast, some people who are generally healthy and have almost no limitations are unable to find satisfaction, and instead, they despair, despite all their abilities. Without doubt, it is a severe burden to carry the seed of a disease like HD that most likely will cause premature death after a phase of progressive degeneration that destroys mobility, independence, cognitive capability, and personality. Nevertheless, a disabling disease is not per se the reason for an insufficient quality of life. At most, the mother may be able to imagine her own quality of life with HD, but even that attitude might change if she were to live with the disease. Since nothing certain can be said about quality of life for the unborn, it is not an adequate reason for abortion.

In general, quality of life for those with HD, is not necessarily dependent on the severity of individual symptoms, but, may be worse in the beginning of the disease when personality and other individual-defining traits are affected: sometimes severe initial depression—which in HD patients often is a primary psychiatric manifestation of the disease itself—even drives patients to commit suicide (as probably happened to the aunt in this case). Later in the disease, a much stronger will to live commonly returns to patients, as well as to their relatives, who frequently seek advice for gastric tubes and other measures meant to prolong life.

In this case, the statement that quality of life would be so poor for the nascent child that an abortion is an act of humanity has to be challenged. Would the mother state that her life so far has not been worth living? If not, why should it be different for her child? The prospect of a life-limiting disease cannot be the reason for abortion. We all are proceeding to death, and a disabling disease of some sort is the most likely way we will perish. How much time must be passed in a healthy state to justify the assumption that this life is worth living? Moreover, the progress of research has been impressive during the last decade, especially for neurological diseases like HD. Is it completely unrealistic to think that there will be a cure for HD in the next 30 years in the light of increasing pathogenic understanding and transgenic animal models that make therapeutic trials possible? How will the mother feel if she aborts this child and therapy becomes available in the not too distant future?

An important point that is only mentioned in passing is that the positive genetic test result of the fetus means that the mother carries the mutation, too, and will develop the disease if she lives to or beyond middle age. This adds an additional dimension to the decision of abortion. What is the unbearable point for the mother? Is she trying to abort her own despair of the prospective disease? Is she afraid that she may not be able to bring the child up properly? Can her partner cope with such a disease in his mate and in his child?

Consideration of the mother's life—not the prospective quality of life of the fetus—must drive the abortion decision. During genetic counselling, this fact should be communicated carefully to the mother as a clear but non-accusing message. 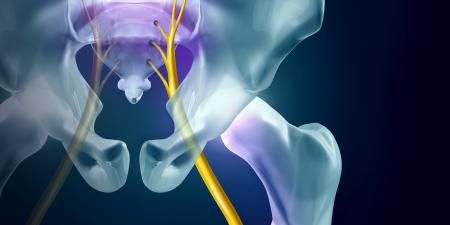 Assessing Quality of Life in Patients with Lumbar Sciatica 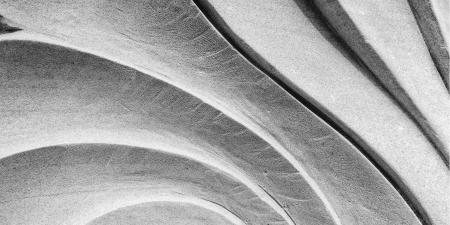