“The kind of discrimination I faced from my neighbours made me regret sharing my condition with them; I could not even share the communal sink,” a Kenyan woman with TB told a UN investigator in November 2009 [1]. Unfortunately, these words are illustrative of a long history of stigmatization in human communities when contagious diseases strike [2-5].

In Twelve Diseases that Changed our World, a history of microbiological research into causes of disease, Irwin Sherman documents the historical repercussions of infectious disease for world history [3]—among them tuberculosis, influenza, and cholera, as well as HIV/AIDS. In the course of his research he also encountered stigmatization of patients, again and again. Stigmatization looms large in global health ethics because it prevents those with disease from seeking care, engenders fear of those who have disease, causes prejudice against entire groups or communities, and has, in some cases, led to violence against the stigmatized group. For these reasons, enlightened public health interventions have sought to neutralize stigma even as they manage care for patients, patient families, and the communities to which the afflicted belong.

Leprosy. The Bible gives us the classic case of stigma arising from readily visible disease symptoms: leprosy. Lacking a cure, society organized itself to handle a perceived danger to others. The priest’s role was to decide if the diseased person was clean or unclean based on symptoms—white or raw skin for example. “When a person contracts a leprous disease, he shall be brought to the priest” [6]. If the disease proved serious, the leper was required to follow specific societal rules to limit potential exposure to others: “The person who has the leprous disease shall wear torn clothes…and cry out ‘unclean, unclean.’ He shall remain unclean as long as he has the disease….He shall live alone; his dwelling shall be outside the camp” [7].

Lest we relegate this problem to ancient times, it’s clear that modern India is still coping with stigma toward leprosy (Hansen Disease or HD) at the village level, where infected persons are shunned, even after their multidrug therapy has cured them [5]. A medical anthropologist writes:

The extreme discrepancies between the clinical and social realities of HD in India underscore a common distinction in medical anthropology between the pathophysiology of disease and the human experience of illness as suffering (Kleinman 1988)….Yet, although this distinction may be useful for initial criticism, further examination reveals that…the physical and social stigmata of HD are too interconnected to be adequately disentangled. As such, leprosy is best approached as an illness of discrimination inclusive of its physical condition [5].

Cholera. A number of infectious diseases could be discussed in relation to social stigma, but drawing on Sherman’s work, cholera and yellow fever are the most clear-cut cases. From a strictly medical perspective, cholera outbreaks require quarantine. But Sherman points out that “when quarantine becomes a social policy, its effects can be pernicious: it can isolate more than those labeled as ‘diseased’ and can stigmatize an entire group.” His case in point—the cholera epidemic of 1892, at that time a global disease. The cholera toll in Europe was so high that U.S. government authorities decided to quarantine immigrants upon arrival. In New York, some 39,000 home inspections were carried out and suspect dwellings were blockaded. An executive order from President Benjamin Harrison labeled immigrants “a direct menace to the public health,” singling out Russian Hebrews, and U.S. immigration policies were made more restrictive [8]. “The disease entered our port on account of defective quarantine and it has been carried to us mainly by filthy immigrants,” said a New York physician [9]. Fear overruled reason. “The stigma of disease was cast over all European Jews seeking entry into the United States long after the threat of cholera had ceased,” Sherman concludes [10].

Yellow fever. Yellow fever can be said to have stigmatized the American South in a series of outbreaks, peaking around 1850, with high mortality and dramatic symptoms. The Northern press, already crusading against slavery, denounced the South for its unhealthy conditions and people. This “contributed to the image of the American South as a region that, along with its people, was distinctly different from the rest of the country. Only after these diseases [yellow fever, malaria, hookworm, pellagra] were eradicated—by the mid-1900s, would that perception change” [11].

Turning to more modern instances, consider Asia in 2003. While seeking to understand the effects of the SARS outbreak in 2003 on the Hong Kong population, researchers at Hong Kong University found that the respondents feared HIV/AIDS the most, followed by TB and SARS, in that order.

Testing an attributive model of stigmatization, they found that people strongly expressed negative feelings about individuals with HIV/AIDS and TB in significant numbers, with SARS, a lesser-known threat, at a lower level [12].

More efforts should be placed in strategically changing the attributions made by the public towards infectious diseases. In so doing the public would develop more acceptable attitudes towards the diseases and the affected individuals…. For preventive programs of infectious diseases to be effective, their associated stigma must be actively addressed [13].

Similarly, in the U.S., anti-immigrant groups, in particular, seized on the 2009 flu pandemic to instill fear of a “rising tide” of infectious disease. One syndicated radio talk show host, for example, called illegal aliens “the perfect mules for bringing this virus into America” [14]. Others have pointed to “illegals who skulk across our borders” as contributing to increased incidence of such diseases as tuberculosis, Chagas disease, Dengue fever, polio, and malaria [15]. Even well-known reporters have lent credence to the claims of anti-immigrant activists: In 2007, for example, the Southern Poverty Law Center took to task former CNN reporter Lou Dobbs for a report claiming a rapid rise in leprosy in the United States, due in part to “unscreened illegal immigrants coming into this country” [16].

Likewise, a survey of recent news headlines from South Africa shows that xenophobia flared up intermittently in the past decade in serious forms [17]. In 2001, Bronwyn Harris studied the experiences of people in the Lindela Repatriation Centre in South Africa, where 1,000 to 2,000 foreigners were housed while awaiting transport or deportation:

In general, South Africa's public culture has become increasingly xenophobic, and politicians often make unsubstantiated and inflammatory statements that the “deluge” of migrants is responsible for the current crime wave, rising unemployment, or even the spread of diseases. As the unfounded perception that migrants are responsible for a variety of social ills grows, migrants have increasingly become the target of abuse [17].

By May 2008, riots left 20,000 displaced, and 40 camps were set up to house those fleeing xenophobic violence in Cape Town. Camp caregivers encountered TB and HIV among the displaced foreign workers and sought government help in treating the refugees [18].

To place this in a larger context, remember that sub-Saharan Africa, more than other regions, has had a history of severe epidemics, among them outbreaks of meningitis, cholera, malaria, tuberculosis, measles, and hemorrhagic fevers, in addition to HIV/AIDS, during the past century alone [19].

Stigmatization of a given race, country, or community as a source or carrier of disease has often occurred through history, as Erving Goffman showed [4], and has all too frequently served as a pretext for violence.  During the Black Death, for example, European Jews were said to have caused the epidemic by poisoning wells; consequently, thousands were murdered and entire communities wiped out: “public rumor had become current and a strong clamor had arisen because of the poison put by [Jews] into the wells, springs, and other things which the Christians use—demanding that they die, that they are able to be found guilty and, therefore, that they should be punished” [20]. In this century, the metaphor of the Jew as an agent of infection and contagion was wielded by the Third Reich, with devastating results, as it called for racial “purity,” “cleansing,” and “hygiene.”

Today, media reports combined with common myths and misconceptions crystallize public fears and serve to justify drastic measures to contain disease (and its carriers, actual or supposed). Semantics matter too. Consider the names of the known influenza pandemics since the late 1880s: Russian flu, Spanish flu, Asian flu, Hong Kong flu, and, in 2009, what became called by many Mexican flu (H1N1). Naming a disease by country of origin serves to emphasize its “other” aspect and, again, to make repressive policies (putatively aimed at disease, but actually at “otherness”) more politically palatable.

Just recently, the U.S. opened its borders to HIV-positive travelers, after a 20-year ban. It was long recognized that there was no medical reason for the travel ban, but the political value of the ban and lingering fear of HIV kept it in place for longer than reason would have dictated. This is one more way in which diseases have literally changed the course of lives. Ideally, better science, knowledge of disease, and media cooperation in promoting public understanding could ameliorate the severity of unwanted events like social disruption or discrimination due to disease.

Knowledge of the history of medicine and public health challenges can make a contribution to the understanding of present-day clinicians—as well as the media, which has to cover these issues, and the public, which needs health education. In particular, clinicians in developing countries should be prepared for the challenges of providing care to diverse populations through a deeper understanding of what past caregivers and patients have encountered when disease and discrimination intersected. 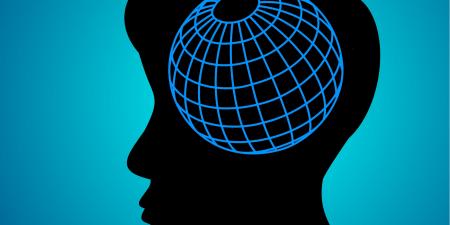 Training for a Global State of Mind 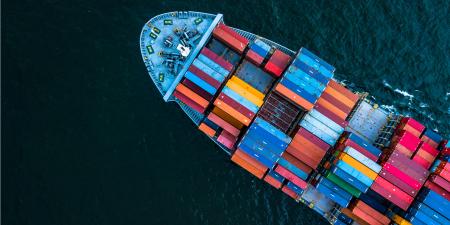 Is International Trade Impacting Health? Challenges for This Decade 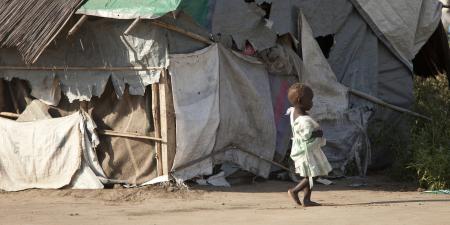 With So Much Need, Where Do I Serve? Commentary 1 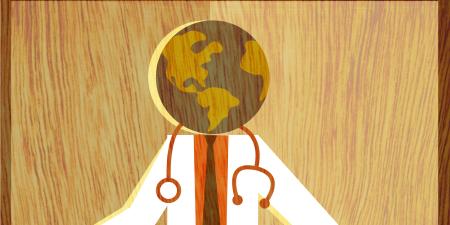