The title of a 1997 Errol Morris film "Fast, Cheap & Out of Control" could aptly describe the abundance and ubiquity of low cost, nutritionally challenged food in the American landscape. Drive down any highway or turn the television to any commercial network and you'll soon be bombarded by slick ads inducing you to dig into the latest product for mass consumption. We've all heard the old adage that you are what you eat, but can it be said that you become what you watch?

Television programming and advertising appear to play a role in promoting unhealthy eating habits, sometimes playing on age and cultural stereotypes to coax viewers into buying foods that provide more comfort than nourishment. This perception has been recently reinforced by a study conducted by University of Chicago researchers who concluded that television shows and advertisements geared toward African Americans feature more obese characters and sell more high-calorie foods and beverages than other programs. The researchers studied four sitcoms that star African American characters and are popular with African American audiences—Moesha, The Parkers, Malcolm and Eddie, and The Jamie Foxx Show. They also examined four sitcoms without African American stars that are popular with general audiences—Friends,Frasier, Jesse, and Stark Raving Mad. They came up with the following results:

Dr. Anjali Jain, the University of Chicago pediatrician who headed the study, commented upon the disparity: "One could say this is an accurate reflection of African American reality, but on the other hand it might also be viewed as an ideal. It might help overweight people to feel less stigmatized, but on the other hand it might give them the message there aren't any adverse health consequences to being overweight" 2. This is not to suggest that overweight people should not star in television shows. On the contrary, people of all sizes and shapes should figure in programs that claim to offer viewers a "slice of life." What is at issue is the message conveyed when people who carry excess weight are portrayed almost invariably as happy individuals who have no health complications to worry about from their weight. A similar phenomenon occurs in film, where characters often smoke but seldom experience the health consequences associated with the habit. Obesity becomes a condition associated with only positive attributes that people will aspire to attain despite the health risks it raises in reality—a message further reinforced by the interspersed commercials that push for the consumption of "junk" foods. The concerns here are no different from those raised by ad campaigns that showcase emaciated women as ideals of beauty that girls will want to emulate.

Appearance-related preoccupations—poor body image and social stigma—deserve to be addressed in conjunction with excess weight. It is not appropriate, however, to discuss weight only in terms of aesthetics when its implications for health are significant. The Department of Health and Human Services' Healthy People 2010 finds overweight people at increased risk for several diseases that include: high blood pressure; type 2 diabetes; coronary heart disease; stroke; gallbladder disease; arthritis; sleep disturbance (apnea); respiratory problems; breast, prostate, and colon cancers; and depression3.

In a country where more than 100 million adults are overweight4 and obesity in younger children has been called an epidemic, it is time for the health consequences of obesity to be emphasized and addressed. Public education about nutrition and the importance of exercise is key to preventing and controlling problems of excess weight. To be involved in this public health initiative that has direct impact on their patients' well-being, physicians will need to have adequate knowledge in nutrition. Along with teachers and other community leaders, health care providers can play a significant role in helping people develop a balanced diet and integrate exercise into their daily routine. As Former Surgeon General Dr. C. Everett Koop, founder of "Shape Up America!," notes: "While there are obviously some costs involved, the result in terms of reduced health care expenditures will far exceed the dollars spent"5. Why has there not been more outreach in this public health area—with efforts similar to those extended in the battles against tobacco, alcohol, and violence? By using its resources to teach the principles of health-promoting lifestyles, the health sector could help reduce the number of overweight people and, in turn, reduce expenses associated with treating health complications of obesity.

Although, excess weight is a problem across the population, studies report that it is more prevalent among certain groups—particularly low-income African American women who face not only cost and neighborhood safety barriers to shopping for products that promote healthy living habits, but also tend to be more tolerant of obesity6. This observation brings us back to television programming and stereotypes. Dr. Jain says: "In some ways, the TV findings may just reflect reality, but I think it also plays a role in creating that reality. The chicken-and-egg argument is definitely there"7.

Along with ethnicity and culture, education influences consumption patterns. Younger and less educated viewers may be more influenced by what is shown and sold on the airwaves. Seeing healthy and happy obese characters as well as commercials for junk food may undermine educational efforts to improve dietary habits. This is where physicians have a responsibility to educate patients about nutrition and counter the plethora of images in the culture that promote poor dietary habits. 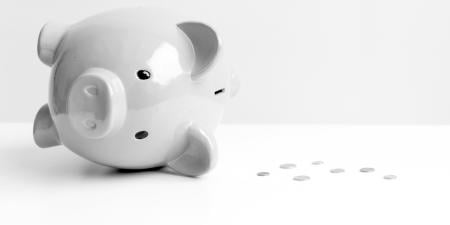 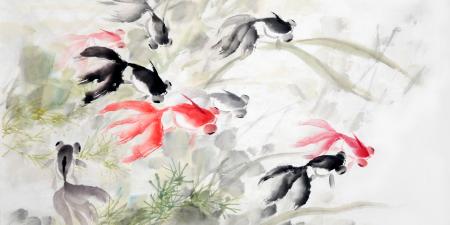