More than 23 years have elapsed since David Hilfiker discussed the “medical abandonment of the poor” [1]. In “Unconscious on a Corner,” Dr. Hilfiker told the story of Mr. W, who received weeks of treatment at a Washington, D.C., intensive care unit. His physicians failed to diagnose his dementia during this time, giving him instructions and a treatment plan that he would never be able to follow.

Instead, Mr. W was released from the hospital to seek refuge at a poorly kept overnight homeless shelter, from which he would be forced to leave in the morning. He had to forage for food and struggle through his conditions. He endured poor health while suffering through the unnavigable system faced by so many of Washington’s poor.

The health care environment of the city Dr. Hilfiker described was one in which many were denied access to essential medical services due to a lack of health insurance. Today, scores of Washingtonians all too closely resemble Mr. W: a homeless woman with hypertension needing medications and caring for three small children or a young man searching unsuccessfully for HIV testing and smoking cessation counseling.

The problem of access to health care services described by Dr. Hilfiker in 1987 has changed. Today, 11 percent of Washingtonians are uninsured; the national average is 17 percent. Despite having a significant number of people enrolled in both private and public insurance programs, the district still has one of the highest HIV rates in the world, a life expectancy lower than that in all 50 U.S. states, and the highest infant mortality rate in the nation [2, 3].

The problem in D.C. is no longer a lack of health insurance; it is a shortage of physicians who will treat the underserved and a lack of hospitals and clinics in less affluent areas of the city. A 2006 survey performed by Georgetown University medical students found that only 59 percent of Washington physician practices accepted Medicaid patients (M. Young, T. O’Toole, and E. Moore, unpublished data: survey of DC clinics on Medicaid participation).

Another study evaluating insurance status in Washington found that 44 percent of publicly insured adults visited the emergency room in a 1-year period while only 20 percent of employer-insured adults did [4]. Even those with insurance are forced to use expensive, less efficient forms of care. Indeed, access to insurance coverage does not necessarily mean access to appropriate medical care.

Local and federal governments have worked tirelessly to address these challenges. Advocacy groups and policy experts have supported such new health care delivery models as patient-centered medical homes and accountable care organizations, which both aim in their own way to enhance primary care, encourage evidence-based practice, and reward quality outcomes [5].

How these solutions will be implemented or whether they will even be successful is still being debated. Some policy experts suggest that there is a potential for health care disparities to be unintentionally exacerbated by these health care delivery models [6]. Who will respond to the pressing health conditions of the underserved now?

While policies and infrastructure attempt to catch up, physicians can act now. As Dr. Hilfiker describes, many physician resist putting themselves in someplace unfamiliar, practicing in an alien culture or environment. Hilfiker writes, “the nature of the healer’s work is to be with the wounded in their suffering” [1].

Still, many physicians have answered this call. Several organizations work to place physicians in underserved areas. The HOYA Clinic was founded in 2006 by Georgetown University students and physicians to assist the homeless population of Southeast Washington. Many of the thousands of homeless people in Washington are sheltered at the D.C. General Emergency Family Shelter, where our clinic is located. The facility is equipped with electronic medical records, e-prescribing, access to laboratory testing, and an organized primary care pharmacy.

Twenty-five physicians, including some in private practice, 20 nurses, and 654 students have volunteered at the HOYA Clinic over the past year, with strong support from Georgetown University Hospital and MedStar Health, an integrated health system in the mid-Atlantic region. These volunteers attempt not only to fix acute medical problems but also to build a culture of change.

Dozens of local medical societies and physician groups across the U.S. have taken up similar callings to aid the underserved in their local communities. Organizations such as Project Access and the Washington Archdiocese Health Care Network, which was mentioned in Dr. Hilfiker’s article and is now in its thirtieth year of existence, have formed networks of specialists that perform expensive services for indigent individuals at little to no cost [7]. These physicians welcome a few patients every month or year and offer desperately needed, tremendously costly specialty care, providing what they hope is a temporary solution to a larger problem.

Moreover, leaders from Project Access and similar groups fear a decline in the availability of clinicians to indigent populations because of possible significant increases in the number of Medicaid enrollees combined with falling payment rates. One study indicates that health care practices and clinics that do not currently accept Medicaid patients are not likely do so in the future when more Americans are insured through Medicaid under the Patient Protection and Affordable Care Act [9].

Due to the economic downturn, quickly decreasing state Medicaid funds will directly affect those who work with the underserved [10, 11]. The community health centers and safety net systems are experienced in case management and language translation for their populations of patients and will need to treat even more patients with fewer resources, adapting to new health care delivery models, and maintaining quality [12].

Physicians must advocate for the underserved. Dr. Hilfiker asks if it would be so difficult for those in private medicine to allocate some small percentage of their patient count to the underserved. Doctors today of course have new challenges. Physicians, especially those in primary care, are not earning salaries as generous as those of their predecessors, medical education debt is increasing, and payers are continuing to cut into physician reimbursements.

Yet, how do these burdens compare to those of our most indigent populations? Do the challenges physicians face relieve them of their professional duty to care for the most underserved, and often sickest, patients?

Health policy experts will continue to debate how to address the maldistribution of physicians. Rather than relying on financial incentives, perhaps more immediate success could come from appealing to the social imperative that first drew physicians to the medical field.

As Martin Luther King Jr. wrote in his “Letter from a Birmingham Jail,” those with the power to do so must act to preserve human rights and human dignity. As he said, “justice too long delayed is justice denied” [13].

Ideally, this justice would be achieved voluntarily; certain policies and requirements can and do assist efforts to attain it. Georgetown University requires its medical students to perform 20 hours of community service before graduating, and many fulfill this prerequisite at the HOYA Clinic. This modest requirement is intended to instill in us as future physicians a spirit of service and dedication to the underserved. How can we promote that sentiment among current physicians? Will we too, as future physicians, even those who have volunteered at HOYA Clinic, drift away from caring for indigent populations despite the enormity of their plight?

As coordinators of the HOYA Clinic, we have witnessed the desire, drive, and determination to make positive changes for the benefit of the less fortunate. This sentiment shared by so many students, nurses, and physicians at Georgetown and elsewhere offers promise for more change to come. We hope that all health care providers will renew their commitment to aid the underserved and ensure justice for all we serve.

Learning to Care for the Underserved: Making the Most of Opportunities in Medical School

The Underserved Pathway: Fostering Medical Student Interest in the Care of Vulnerable Populations 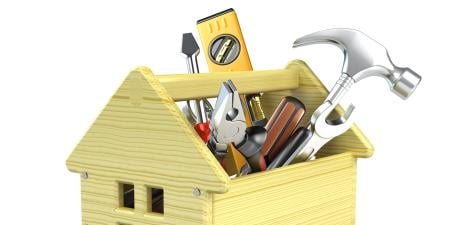 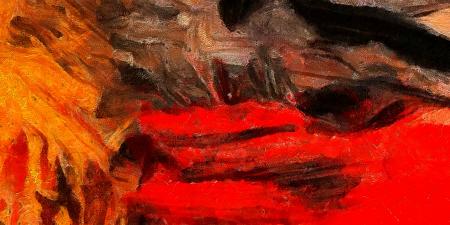 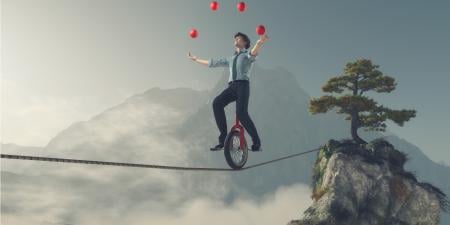