Perhaps no diagnosis is as universally feared as that of cancer. It is intuitively and empirically evident that fundamental uncertainties of a cancer diagnosis, such as prognosis and morbidity, can engender significant distress and dominate a patient’s cancer experience. For instance, reported rates of depression range from 22 percent to 57 percent and from 33 percent to 50 percent for oropharyngeal and pancreatic cancers, respectively [1], which are significantly higher than the 6.7 percent 12-month prevalence of a major depressive episode among US adults [2]. In addition, there are not only psychological mechanisms at play in cancer patients’ experiences but also biological ones, with bidirectional relationships between mental and physical outcomes in oncological settings that are not entirely understood at this time but which might have significant clinical implications [3, 4].

Despite the importance of the relationship between mental health and oncology, psycho-oncology did not formally develop as a field until the mid-1970s due to stigma related to cancer and mental health issues [5]. Although stigma from both sources still exists, multiple disciplines have made contributions to both research and clinical care that seek to minimize its impact on patients’ illness experiences. Research and clinical care innovations include but are not limited to behavioral interventions to decrease cancer risk and increase early detection; management of psychological issues before, during, and after treatment; and discovery of connections between psychological and physiological domains that relate to cancer risk and survival [5]. This issue of the AMA Journal of Ethics aims to contribute to the developing model of integrative cancer care by examining several currently unexplored sources of ethical complexity in cancer illness experiences.

One ethical concern is the relative lack of distress screening and interventions in cancer research and care settings. Mónica R. Martínez and Amirala Pasha assess the landscape of contemporary cancer research and argue that more attention and funding should be devoted to mental health research. Considering that many cancer centers have added distress as the “sixth vital sign” as the psychological impact of patients’ cancer experiences and treatment have gained attention [5, 6], Thomas W. LeBlanc and Arif H. Kamal look specifically at whether clinical trials adequately incorporate assessments of distress and how this information might guide treatment decisions within routine clinical care.

Decision making is a focus of several other contributors to this issue. Responding to a case in which a patient with a potential mood disorder has rejected further cancer treatment, Joshua M. Baruth and Maria I. Lapid discuss a conceptual model of informed consent and decision-making capacity assessment and examine how clinicians’ conversations with family members or surrogates is key to understanding a patient’s best interests and values. A patient’s role is emphasized in Philip M. Rosoff’s commentary on a case in which parents do not wish to inform their child of likely infertility following chemotherapy or to delay his treatment for the purpose of sperm cryopreservation. Rosoff considers potential mental health consequences from the child’s exclusion from this decision and ultimately suggests what might constitute an appropriate clinical, ethical, and legal response in light of possible future harms to the patient. And Jerry Joseph Ignatius and Walter Baile discuss several factors that can obscure an ethical dilemmaand consider their influence in psycho-oncological settings.

Two articles consider the ethics of treatment. Focusing on psychiatric treatment for oncological patients, David P. Yuppa and Fremonta Meyer compare treatment modalities and argue that while time-limited “manualized” (e.g., behavioral) therapies are prominent in recent studies and potentially easier—emotionally and clinically—to conduct than traditional psychodynamic psychotherapy, they might not have superior efficacy depending on the treatment goals and thus might not represent a more appropriate treatment approach. Focusing on cancer treatment, Laurel J. Lyckholm and Arwa K. Aburizik argue that clinicians must give those with preexisting mental illness special attention due to their vulnerability and exercise empathy and imagination in delivering just, compassionate care.

Medical decision making and treatment, however, cannot ignore the context in which care is delivered. In their commentary on a case of a young cancer patient who terminates all treatment after her psychiatrist responds professionally to her confession of a romantic attachment to him, Fatima Noorani and Allen R. Dyer discuss the ethics of maintaining boundaries and how to manage patients’ and physicians’ emotional responses and transference reactions to each other in settings in which patients might feel particularly vulnerable and in need of support. Amy E. Caruso Brown considers how to support caregivers in an article examining the ethical obligations of clinicians who have concerns about the mental health of a pediatric patient’s caretaker.

Last, this issue of the AMA Journal of Ethics considers factors outside the clinical setting and how they might impact a patient’s experience of cancer. Kristen E. Riley, Michael R. Ulrich, Heidi A. Hamman, and Jamie S. Ostroff question whether stigma generated by hard-hitting anti-tobacco public health campaigns is a justifiable cost of efficacious public health benefits; they also consider how clinicians might diminish their potential roles in perpetuating stigma among patients with lung cancer. Amy E. Caruso Brown and Rebecca Garden analyze how physicians’ literary memoirsabout their own cancer experiences help them bridge the divide between clinicians and patients and examine ethical issues that arise in clinicians’ writing about patients. Finally, in the podcast, Tarris Rosell discusses the role that religion or spirituality can play in an oncological patient’s health, particularly his or her mental health, and considers what constitutes an appropriate response to a patient’s spirituality concerns.

The relationship between mental health and oncology is nuanced, and it can be approached from multiple directions—for instance, by considering the biological and psychological impact of cancer treatment on a patient’s mental health, the oncological care afforded to those with mental illness, and the ways that mental illness can affect oncological treatment and vice versa. This theme issue aims to probe issues of clinical and ethical importance, with the hope of focusing more attention and research on exciting and essential intersections of cancer and mental health care. 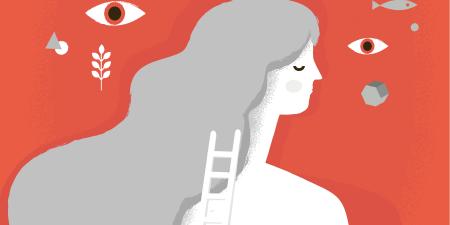 When and Why Should Mental Health Professionals Offer Traditional Psychodynamic Therapy to Cancer Patients? 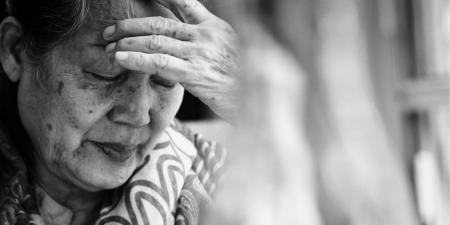 Should Clinicians Intervene If They Suspect That a Caregiver Whose Child Has Cancer Is at Risk of Psychological Harm? 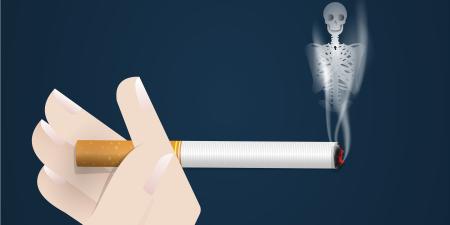 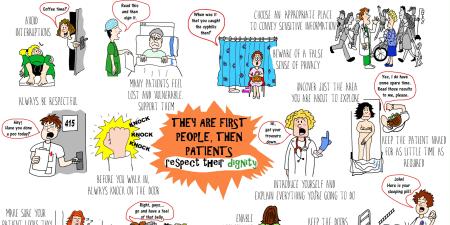 They Are People First, Then Patients