When patients’ surrogates and physicians disagree about the appropriateness of aggressive treatment in intensive care units (ICUs), physicians can experience surrogates’ demands as sources of moral distress. This article addresses the virtues and communication strategies needed to respond appropriately in such situations. Specifically, we offer a framework and language that rely on moral community to facilitate common ground and alleviate moral distress.

Charlie is a resident in the intensive care unit (ICU). He meets a patient, a man who has a medical history of hypertension, atrial fibrillation, mitral valve repair, chronic kidney disease, and two failed kidney transplants. He developed kidney failure and subsequently progressed to shock and heart failure, requiring continuous dialysis and ICU care. He began to show signs of intensive care unit delirium very early on and refused surgical interventions.

The patient’s wife, who was present in the ICU, was informed as he became increasingly delirious that her husband likely had limited time left, but she left the room during the discussion and refused to participate. Her husband rapidly decompensated. Nevertheless, she insisted on the continuation of intensive medical care. “Why does everyone keep talking about the negative?” she said. She refused palliative care involvement.

As the patient’s ICU stay continued, he developed multiple ulcers all over his body and was unresponsive. He also developed gangrene of the leg and genitals and required a tracheostomy and percutaneous endoscopic gastrostomy (PEG) tube. Multiple conversations were held with the patient’s wife about the futility of medical care at this point, but she said, “I believe in miracles, and everyone in the church is praying for him,” and continued to push for aggressive care.

Charlie feels extremely conflicted. He believes that the patient is suffering greatly from continued intensive medical care, and that despite this approach’s promise to prolong his life, the patient’s prognosis and quality of life (and possibly his experience of death) will not improve. He has the impulse to stop care, despite the wishes of the patient’s wife. He wonders whether to stop writing orders for blood transfusions and antibiotics.

Charlie is experiencing the classic symptoms of moral distress, which Andrew Jameton defined as the inability to execute what are “believe[d] to be ethically appropriate actions because of institutional constraints” [1]. This phenomenon is not uncommon in contemporary medical environments, particularly intensive care units [2]. One of the most common causes of moral distress is family or surrogate demand for continued aggressive treatment that will not provide medical benefit to the patient who is dying [2]. Charlie knows that continued medical interventions have the potential to prolong the patient’s life but perceives the requested treatment simply as prolonging suffering. The first issue in this case is: How should he respond? This is not just a straightforward clinical question, but a moral one as well. As a moral question, the stance or attitude Charlie assumes towards his patient’s wife is just as important as any specific words that he might say. We suggest that he begin with the important task of establishing trust.

Trust between clinicians and their patients and families is essential to moral health care practice. Charlie needs to secure his patient’s wife’s trust before she is ready to hear his perspective, which threatens her own. Charlie’s trust is in his medical knowledge of and expertise in disease, prognosis, and treatment, but her trust is in the belief that a miracle will save her husband’s life. Charlie clearly recognizes the medical fact that his patient is dying, but he must also recognize and feel what this means for the patient’s wife.

There are different kinds of trust in health care [3]. It is safe to assume that most people trust that physicians as a group are competent—that is, that they have the knowledge and skills to diagnose and treat disease and injury. Patients and families completely rely on this level of trust. Equally important, however, is interpersonal trust. People do not automatically or necessarily trust physicians with their most intimate hopes and fears, who they are as a person. But when death threatens, things are different because “death asks us for our identity” [4]. In this situation, who one is as a person becomes central to the medical encounter. Thus, Charlie needs more than his medical expertise to gain the trust of the patient and the patient’s wife. It is at this point that the virtues of empathy and humility—which we argue contribute to the establishment and maintenance of trust—assume significant moral import.

Empathy. Margaret Urban Walker describes virtues as “linked capacities to attend, describe, inquire relevantly, feel appropriately, and respond reliably to situations of a certain kind” [5]. In medical encounters involving dying patients, the clinician demonstrates the virtue of empathy in recognizing that impending death means a painful loss: for the patient, for the patient’s loved ones, and for the health care staff. To empathize is to cross the barrier between self and other. For Charlie, it is to feel the great loss that her husband’s dying is for this woman. Responding reliably is to treat the situation with the careful solemnity that it requires and to communicate accordingly. Good communicative practice is critical not only for the relay of medical facts but also because it conveys the empathic connection through both words and nonverbal gestures. If Charlie truly empathized with his patient’s wife, he would feel her loss even in circumstances of disagreement.

Humility. The virtue of humility entails not assuming a superior stance towards others. In Charlie’s situation, it means recognizing the power differential between himself and his patient’s wife. Charlie’s power lies in his knowledge of the workings of the human body, disease, and medical treatment and in the social status that comes with his expertise. The average person receiving ICU treatment and their loved ones have little of this knowledge. Humility in this case means that Charlie must feel, in spite of his superior medical knowledge, that he is also vulnerable to illness and death and therefore an equal participant in the human condition. In recognizing his own vulnerability, Charlie decreases the power differential between himself and his patient’s wife, thereby nurturing trust.

Communication. In her writing on trust and suffering, philosopher Annette Baier states:

It is fairly obvious that some human-relations skills are part of what it takes to be a good physician, and that these cannot always just be grafted on to a good medical scientist, as an afterthought. Some aptitude for dealing with people should be a minimal requirement, not an optional extra, in a successful entrant to medical school [6].

We agree, and we further view the communication that it takes to express trust-establishing empathy and humility as not only legitimate but also essential work, indeed moral work. Terri Traudt et al. [7] describe moral communicative work as “the verbal and nonverbal social interaction that enhances one another’s understanding of the moral situations they are in and informs moral decision making and action” [8]. In our view, the virtues of empathy and humility are necessary to doing this moral communicative work well.

The practice of these virtues and moral communicative work is the foundation of the second issue presented in this case: the question of which communication strategies physicians should use in situations in which being honest with family members means opposing their wishes. The first thing to note is that this communication takes place within a moral community. A moral community is a group of people working together towards a common moral end [7]. In any health care setting, the moral end is the well-being of patients, which is commonly understood to be the restoration of health or the relief of suffering. In this case, to say that communicative work takes place within a moral community is to emphasize that many people who communicate with each other in various ways are involved in the care of this patient. It is when stakeholders’ perceptions of the appropriateness of aggressive treatment are at odds with one another that moral distress can result.

When medical professionals agree that the patient is suffering greatly from continued aggressive treatment and that the patient’s prognosis and quality of life will not improve, the goal becomes relief of suffering. In such circumstances, a “good death” becomes the moral end sought. The Institute of Medicine (now the National Academy of Medicine) describes a “good death” as “one that is: free from avoidable distress and suffering for patients, families and caregivers; in general accord with patients’ and families’ wishes; and reasonably consistent with clinical, cultural, and ethical standards” [9]. Charlie’s challenge is to help his patient’s wife see that the most appropriate goal of her husband’s care at this point involves a shift from aggressive treatment to ensuring as good a death as possible.

Moral communicative work is hard work. However, specific practices that use the relational nature of moral communities can help the group to achieve common goals. A recent study of intensive care nurses who were skilled at and comfortable working with families and physicians in withdrawing aggressive treatment and who did not report experiencing damaging effects of moral distress common in such circumstances identified the following specific practices of moral communicative work: (1) establishing rapport, (2) preparing for conversations, (3) asking questions, (4) active listening, (5) giving reflective feedback, (6) being clear, and (7) knowing when not to speak [7]. We maintain that the trust-establishing virtues of empathy and humility are necessary to enacting these practices well. Although this particular study was with nurses, these specific practices can be of benefit to anyone involved in the care of dying patients.

While these important communicative practices can be taught, they are primarily learned by modeling skilled practitioners, just as virtues are not a matter of theoretical knowledge but must be cultivated. Both are fostered in moral communities by mentorship that can cross disciplines and other boundaries. For example, physicians can learn communication skills from a nurse or social worker or other member of the community. The extent to which Charlie has been mentored is not clear. Instructors should avoid the temptation to pull medical students from tough cases involving disagreement, thereby denying their students valuable opportunities to see them model appropriate behavior. A difficult patient or family member is often the case learners most need in order to develop empathy, humility, and moral communicative practices.

Good moral communicative work can help mitigate moral distress [7]. However, even the most virtuous and skilled communicator may not be able to move the patient’s wife from her position. This could be the case even after ethics consultation resources have been utilized. When such a disagreement occurs, it is important to recognize and acknowledge that the moral community of caregivers might need to cope with the tragedy of providing aggressive treatment that prolongs a patient’s suffering. For Charlie and others in his position, to carry on in this situation is to maintain empathy for the other, to forgive oneself for not achieving care goals, and to continue to do one’s job well.

Courage and Compassion: Virtues in Caring for So-Called “Difficult” Patients

The Role of Perception in Quality Communication 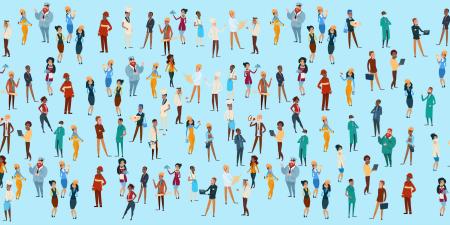 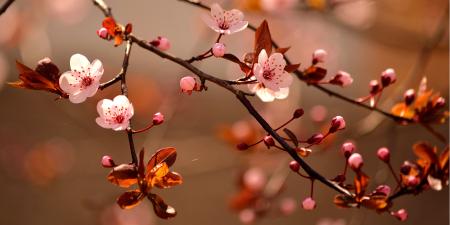 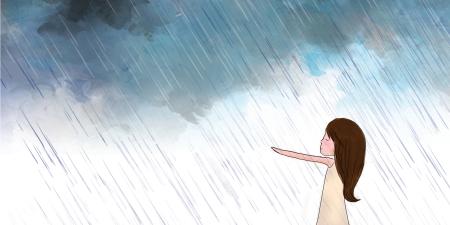 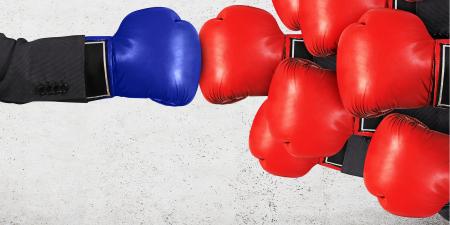 How Should Physicians Respond When the Best Treatment for an Individual Patient Conflicts with Practice Guidelines about the Use of a Limited Resource?