Listen to this case and commentary

Dr. Chin has been treating Mr. Bryant for seizures for several years. Although he has tried several different medication regimens, his seizures have been difficult to get under control. Mr. Bryant was recently hospitalized for 3 days due to the frequency and severity of the seizures, and, over the course of the hospitalization, he had three seizures. During the last two, Dr. Chin, a neurologist, used an EEG to record his brain activity.

Reviewing the EEG results, Dr. Chin discovers something unexpected. Mr. Bryant’s brain waves do not show patterns typical of epileptic seizures; they are normal, strongly implying that Mr. Bryant’s seizures have no neurological cause.

Dr. Chin is concerned about the latest EEGs. Since the recent seizures do not have an organic basis, treatment may involve cognitive behavioral therapy or other psychiatric measures. In Dr. Chin’s experience, many patients, upon hearing this diagnosis, deny that it can be correct and seek another physician. Other patients feel trapped and helpless, convinced that no treatment will ever works.

Dr. Chin has witnessed how strongly the seizures have disrupted his patient’s emotional well-being. Mr. Bryant feels helpless, angry, mistrustful of treatments, and resigned that he will never be able to live a normal life. Knowing Mr. Bryant’s personality, Dr. Chin is worried that the news about the nonneurologic nature of the seizures could cause even greater emotional pain and perhaps prompt Mr. Bryant to stop seeing a physician altogether.

Mr. Bryant’s case may seem like one of the exotic “zebras” of medicine, but from the perspective of community neurologists and consultation psychiatrists, it is actually more like a commonly encountered horse in practice. Seizures of nonneurological origin are actually more frequent than those of a neurological nature [1]. Despite the frequency of cases like that of Mr. Bryant, they tend to strike fear and trepidation into the heart of even an experienced clinician such as Dr. Chin (and me). Dr. Chin is caught in a classic clinical ethics dilemma. As a good physician, he wishes to provide an appropriate diagnosis and treatment plan for his patient, yet has a well-founded concern that this health information will not only not do good but will cause harm to Mr. Bryant.

Bioethics offers clinicians several salient theories or models that can inform and structure the analysis and resolution of such dilemmas. Jennifer Radden and John Sadler have suggested that virtue ethics is a theory especially attuned to the unique ethical challenge of psychiatry [2].These two authors delineate the virtue ethics approach:

An aretaic or virtue-based ethics is one in which it is the self or the character of the person that is the central focus of moral assessment, rather than particular actions or their consequences. Personal qualities such as honesty, integrity, courage, fairness, and compassion are to be found in the dispositions and responses of persons possessing good characters [3].

It is these qualities of character that I think will offer Dr. Chin the most salutary means of caring for Mr. Bryant. While all of the recognized professional virtues are valuable in responding to the questions and concerns this scenario poses, the virtues of respect, humility, compassion, honesty, the practical wisdom of prudence, integrity, and, finally, courage are of especial importance in this particular scenario and in similar cases in which the organic basis of the disorder cannot be identified.

The central virtue with which Dr. Chin and all clinicians facing clinical cases fraught with uncertainty and ambiguity must be equipped is humility—knowing what we do not know as a scientific community and when, as individual practitioners, we don’t know how to appropriately manage a patient. Recall that prior to the advent of neuroimaging, tumors and other neurological conditions were often misdiagnosed as “psychogenic.” While such mistakes are far more rare with brain scans, “pseudo” and true epileptic seizures co-occur in 10-66 percent of patients with functional seizures, and the EEGs of 19-53 percent of such patients demonstrate an abnormality [4]. As David Kaufmann, one of the foremost experts in neurology, has written, “Applying only clinical criteria, the distinction between psychogenic and epileptic seizures in most studies is no more accurate than 80 percent to 90 percent” [5].

The awkward, albeit nonjudgmental, phrase “seizures of nonneurological origin” used to describe Mr. Bryant’s spells in the scenario underscores the powerful role of diagnostic language in such cases where “names can truly hurt.” Such power demands that the virtue of respect for the intrinsic dignity of Mr. Bryant as an individual and human being guide Dr. Chin’s communication with his patient. What is in the name given to Mr. Bryant’s problem? A great deal depends upon whatever explanatory label is chosen, as it may well determine to a great extent the trajectory of the patient’s course of treatment—and even his self-image.

Research shows that physicians often fail to appreciate the insight of ancient cultures that words have power to create or alter reality, while patients are highly cognizant of the transformative force of terminology. A survey of British neurologists found that the most popular terms for seizures without a neurological origin were “functional,” “psychogenic,” and “hysteria” [6]. In comparison, a similar survey of neurology patients found that “hysterical seizures” and “psychogenic seizures” were both considered offensive, while “stress-related” and “functional seizure” were felt to be less stigmatizing [7]. Jon Stone has suggested that “functional” may be the optimal term because it “has the advantage of avoiding the ‘non-diagnosis’ of ‘medically unexplained’ and side steps the unhelpful psychological versus physical dichotomy implied by many other labels” [8].

The ancients also knew that naming something gives an individual power over it—and, in this situation, provides Dr. Chin an opening with Mr. Bryant. Compassion, an empathic and active response to a patient’s suffering, must be the affective and volitional orientation of this interaction. Mr. Bryant may not be afflicted with the devastating disorder of epilepsy, yet we must not forget that he is still experiencing what Ron Pies calls true disease, in the sense of dis-ease with his body and being in the world [9]. Empirical evidence suggests that Mr. Bryant’s functional seizures might be more debilitating in their long-term effect on his life and certainly more refractory to even expert psychiatric care than many cases of epileptic seizures [10]. A paternalistic interpretation of the meaning of compassion might lead Dr. Chin to try spare Mr. Bryant the increased emotional distress of the functional seizure diagnosis by telling him less than the entire truth; studies suggest that at least some clinicians take this route [11]. Richard Kanaan has proposed that changing the diagnosis is a key criterion for determining the ethicality of the communication [11]; if a strategy involves telling the patient a diagnosis different than what the clinician believes it actually is, that strategy likely to be ethically questionable.

The vignette shows that Dr. Chin is already keenly aware of the adverse effect of unloading information without regard for its emotional impact. The virtues of honesty and integrity here come to Dr. Chin’s assistance. We have learned from the “giving bad news” literature [12] that, to be humane and heard, honesty must avoid the two poles of harsh and sugarcoated truth telling. For example Dr. Chin might say something along the lines of “Mr. Bryant, I’d like to give you some information about your condition, based on the tests that we’ve done. First, I’m happy to report that your condition has not worsened and that we now understand why the medications were not working.”

Dr. Chin is portrayed as a physician of integrity, and he must at this juncture in the conversation trust his long-standing relationship with Mr. Bryant. Even if his best efforts at discussing the new diagnosis with Mr. Bryant fail, and the patient fires him or threatens a lawsuit, Dr. Chin must make his own faithfulness as a physician the criterion for determining the success of the encounter. Anything less will lead to various compromises of integrity such as returning the patient to his primary care physician or sending him to a psychiatrist with a report that says the patient’s seizures are psychogenic, while never disclosing this diagnosis to Mr. Bryant [11].

Moral courage is a rare virtue, and its critical role in medical professionalism is underappreciated. Without courage a physician may be unable to accept the diagnosis of functional seizures and, in a dyad of denial with the patient, pursue additional invasive tests with their attendant risks—or even collude to continue antiepileptic medications despite their deleterious side effects. Courage in Aristotelian philosophy [13] is, like all the virtues, a mean between extremes. In this situation, Dr. Chin’s objective is neither to spare the patient-physician relationship from conflict at the expense of the truth nor to pursue the truth singlemindedly to the detriment of the patient's feelings and the relationship.

The summative virtue of prudence is crucial for the resolution of the ethical dilemma represented in the clinical case scenario. Dr. Chin’s knowledge of Mr. Bryant as a whole person with strengths and limitations, hopes and frustrations, as well as his previous experience informing patients that their seizures are functional in nature, must guide him. The concept of stress is well established in the mind of the public and has a neutral or even positive valence as opposed to more psychiatric designations like conversion or somatoform disorder. Most patients recognize even inchoately that events in their lives trigger responses in their bodies and that their emotions often mediate these reactions.

In my experience, most patients are far less Cartesian in their illness beliefs than are we physicians, and they are willing to entertain the possibility that the psyche and soma are not separate, but linked—that there is a mutual interaction between mind and body. Dr. Chin may then be able to build upon this understanding to construct a treatment plan that includes referral to a mental health specialist. Mr. Bryant is described as “helpless, angry, mistrustful of treatments, and resigned that he will never be able to live a normal life.” A physician of altruistic character will take into account Mr. Bryant’s demoralization and distrust of the past and current treatment plans and attempt to sublimate that frustration toward hope in a future course of therapy that, while difficult, at least offers some potential for achieving Mr. Bryant’s goals of care. 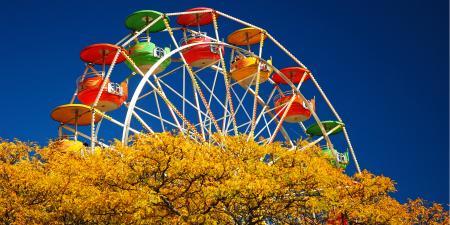