The waiting room is packed at the Urgent and Family Care office. Dr. Garrison picks up the chart for the next patient, Mrs. Williams, who has come in because of cough, fever, and chills.

"Good morning Mrs. Williams, I'm Dr. Garrison, how can I help you?"

Mrs. Williams looks older than the 50 years listed on her chart, and Dr. Garrison is struck by how gaunt and pale she appears. Mrs. Williams reports that she has had no serious illnesses or surgeries but admits that she has been a 2-packs-per-day smoker for the past 30 years.

After performing a physician exam, Dr. Garrison tells Mrs. Williams that she would like to order a chest x-ray and a complete blood count because she is concerned about the possibility of pneumonia.

"Pneumonia? Again? I've had that 2 times in the last year." Mrs. Williams exclaims.

Dr. Garrison flips back through her chart and sees that Mrs. Williams was treated for pneumonia in their office 4 months ago. Dr. Garrison orders the chest x-ray and the labs and reviews Mrs. Williams' previous films. She sees an abnormal area in the right middle lobe. In the previous film it had been read as "anatomic variant, likely related to pectus excavatum," with an infiltrate distally. Today's results show that the distal infiltrate is gone, but the area originally read as "anatomic variant" appears larger and more defined. Mrs. Williams' white count is in the high normal range. Given the patient's smoking history, Dr. Garrison is concerned about the possibility of a mass. Could this be lung cancer or is it just another pneumonia?

"Mrs. Williams, I was just comparing your chest x-ray to the one you had before in our office. I am concerned about an area that just doesn't look right to me. It could be that you have pneumonia again in an area of your lung that is a little abnormal and prone to getting infections. I'm going to treat you with antibiotics, but, given your smoking history, I'm also worried, honestly, about the possibility of a cancer. I'd like to do a CT scan of your chest, so we can get a better idea of what's there."

Mrs. Williams is silent for about a minute. "Dr. Garrison, I've thought about lung cancer because my cousin just died of that, and he smoked a lot too. But I don't have any health insurance. I just started a new job and I'll be eligible for health insurance in 6 weeks. I started in the middle of the month, and they don't count part of a month when they figure eligibility for benefits. So in 6 weeks, I'll see which plan I can afford to be in. I don't know what my rate will be when they find out that I smoke. So, can we wait to get the CT scan until after I have insurance? My cousin didn't have insurance and their family went bankrupt paying for his treatments. Now he's dead and his wife and kids got nothing. I don't want to do that to my family. Plus, you said it could just be another bout of pneumonia."

This case illustrates some of the frustrations experienced by patients and physicians due, in large part, to systemic shortcomings in health care delivery in the US. It also raises questions about the professional obligations and limits of care Dr. Garrison owes to her patient, and it vividly portrays how financial concerns may critically impact health outcomes. To be sure, there is medical uncertainty about Mrs. Williams' actual illness, but there are tests available to help Dr. Garrison rule out or confirm the presence of a malignant mass. A delay in the diagnosis of lung cancer could result in a poorer outcome for Mrs. Williams, and, unfortunately, she cites financial not clinical or personal concerns for postponing testing. Determining Mrs. Williams' illness expeditiously using the standard diagnostic procedures seems ethically imperative for optimal patient care, but prudential concerns and the wishes of the patient must be seriously considered, despite the potentially tragic outcome of delayed testing.

There are at least 3 potential dilemmas for Dr. Garrison. First, her clinical encounter with Mrs. Williams is encumbered by nonclinical financial, family, and insurance matters that could impact her patient's health. Thus Dr. Garrison finds herself in a situation where prescriptions for standard and advisable medical tests butt up against systemic injustice in the delivery of health care that make getting such tests difficult. As a result, it is likely that Dr. Garrison's ethical duties in this encounter will include helping her patient navigate the insurance and payment system. Second, Dr. Garrison must establish trust with Mrs. Williams early in the clinical encounter, a potentially difficult task, given Mrs. Williams' lack of continuous care from a single physician. Third, Dr. Garrison must resolve conflicts among respect for patient autonomy, clinical judgment, and the economic and social realities of the health care delivery system. A form of soft paternalism in response to the injustices of the system may seem appropriate, eg, pressing Mrs. Williams to get the testing, while at the same time searching for or directing Mrs. Williams to financial assistance opportunities. But such actions have an impact on a key principle of medical ethics—respect for patient autonomy.

Examining the dynamics of the patient-physician interaction more closely allows for a greater understanding of the possible relationships between patient autonomy and professional duties. In "Four Models of the Physician-Patient Relationship," Ezekiel and Linda Emanuel compare paternalistic, informative, deliberative, and interpretive models of patient-physician relationships, taking into account in each model the (1) goals of the professional interaction, (2) physician obligations, (3) role of patient values, and (4) notions of patient autonomy.1

The paternalistic and informative models are undesirable approaches in this case. In the paternalistic model, the physician decides the best course of action almost unilaterally, and patient autonomy is relegated to patient assent. Using the informative model, the physician acts as a technical expert, providing facts and information to the patient but offering little overall guidance. With this approach, physicians' values and assessments of their patients' values are supposed to be absent, and patients have more or less complete autonomy in medical decision making. Both of these are inappropriate models for Mrs. Williams because they entail what many consider unacceptable and unequal levels of knowledge, power, and decision making within the patient-physician relationship.

Using the interpretive model, Dr. Garrison would limit the expression of her own values and desires as they bear on the clinical decision. Rather, her responsibility is to elucidate her patient's preferences in order to match them with medical actions that accommodate them. Dr. Garrison would act like a counselor, trying to understand the underlying reasons for Mrs. Williams' unwillingness to undergo a CT scan, but she would ultimately make recommendations based on Mrs. Williams' preferences. Dr. Garrison's belief in the injustice of the health care system will likely remain deeply troubling to her if Mrs. Williams opts to forgo further testing.

Following the deliberative model, Dr. Garrison would act as a teacher or friend, aiming to help Mrs. Williams determine the most important health-related values in the clinical situation and then correlating those with the options available to her, all things considered. Most likely, the options would include treating possible pneumonia and pushing Mrs. Williams to get a CT scan, despite her financial reasons for not wanting to do so. Of course, Dr. Garrison cannot force Mrs. Williams to get the scan, but she can make her professional advice explicit and underscore the importance of placing one's health above other factors that can, lamentably, devalue it. Dr. Garrison's responsibilities under this model are to advocate for the most clinically relevant medical choices and explain the implications of those and any other alternative treatments.

Dr. William Hensel's adjoining discussion of this case reflects the deliberative approach to the encounter between Dr. Garrison and Mrs. Williams, the one also most favored by Ezekiel and Linda Emanuel. Although this model may best allow Dr. Garrison to persuade her patient to go ahead with the CT scan, Mrs. Williams will still ultimately have to decide what to do. The cardinal principle of respect for individual patient autonomy in Western medical contexts requires that the physician honor the patient's wishes. According to a biopsychosocial understanding of health care decision making, Mrs. Williams may reasonably hold nonmedical values that support a decision to delay or deny further testing. In this situation, Dr. Garrison should convey compelling arguments that might assuage Mrs. Williams' financial concerns without making her feel guilty about deciding to forgo testing. When financial concerns stand in the way of adequate diagnostic procedures despite the serious health consequences at stake, physicians often feel helpless within the health care system.

As if working to decrease medical uncertainty about Mrs. Williams' condition were not enough for Dr. Garrison to do in this clinical encounter, her ethical responsibilities also include actively helping Mrs. Williams navigate the health care system. From her physician's perspective, Dr. Garrison probably hopes that all her patients rank their personal health as a priority. In this particular case, however, the physician has no choice but to honor the autonomous decision of the patient, despite the potentially unfavorable health consequences. Mrs. Williams' concern for her family and their finances seems to outweigh her concerns for her own health, even though these considerations should not be at odds with each other. Dr. Garrison's awareness of medical uncertainty may help her feel more comfortable with Mrs. Williams' decision to delay testing. Before Mrs. Williams makes a final decision, though, Dr. Garrison's duties as a patient advocate lie in vigorously challenging the forces that, and negotiating with the people who, may be leading Mrs. Williams to minimize the importance of her health. 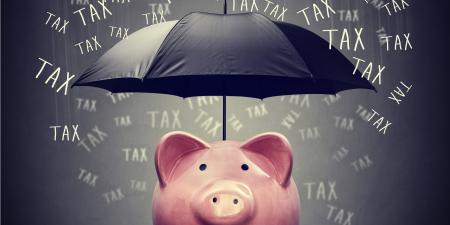 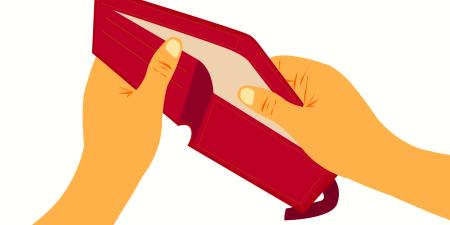 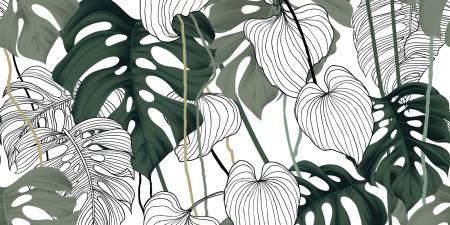