Dr. Wayne is on bi-weekly rounds at the Greenacres Retirement Home. He picks up the chart for Mr. Hooper, a 75-year old man with dementia and congestive heart failure who was admitted almost 5 months ago. The nursing staff had specifically asked for Mr. Hooper to be seen because he has developed a pressure ulcer on his sacrum that has not been responding to standard treatment.

Dr. Wayne reviews the information in the chart: Mr. Hooper was living at home prior to suffering a heart attack 6 months ago, after which his congestive heart failure became markedly worse. Mr. Hooper then went through a few weeks of cardiac rehab with minimal results before being sent to Greenacres, where he has had 2 months of physical therapy, again with marginal results. Dr. Wayne looks over his physical therapy notes. Based on a review of the chart it seems that Mr. Hooper is getting worse. Although he is on Aricept and Haldol, Mr. Hooper's dementia often makes him combative. Now a pressure ulcer has developed, possibly complicating the care plan.

Two nurses accompany Dr. Wayne and help to position Mr. Hooper so the ulcer can be examined. It's extensive but doesn't appear to extend to the bone or need much debridement. After examining the wound Dr. Wayne begins discussing a treatment plan with the nursing staff. During the discussion Mr. Hooper's wife and son enter the room.

Dr. Wayne explains that the skin breakdown is significant, but he believes it can be handled by the wound care team at Greenacres. It is in a sensitive area, however, and if it seems to be going into the bone or developing a lot of necrosis, he probably will need to be hospitalized.

"Well, Dr. Wayne, that's something we wanted to talk to you about too," Mr. Hooper's son begins. "Dad has Medicare, but it doesn't cover the nursing home costs now, and we've been paying for his care out of his savings. We're working on getting Mom and him on Medicaid, but right now they don't qualify. We don't think we're going to be able to afford to keep him here much longer if we don't have some kind of help, and mom can't manage him at home."

Dr. Wayne agrees that it would be difficult for Mrs. Hooper to care for her husband at home.

"What I'm saying, I guess, is could you admit him to the hospital for this now? If he's in the hospital Medicare will pay for it and then will pay for another 90 days in the nursing home for rehab. By that time we should have Mom and Dad's Medicaid application sorted out. Besides, you said you think he's probably going to be hospitalized for this anyway."

There is a large body of research, peer discussion, and scrutiny that guides our decision making with regard to location of care. Often, the decision about where to treat an individual patient is as important as how to treat him. We have evidenced-based guidelines and algorithms to help us determine whether a patient with pneumonia should be treated as an outpatient, on a general medical ward, or in an intensive care unit.1 The American College of Surgeons has built an entire enterprise around the triage, disposition, transfer, and ultimate level of care to be provided to victims of trauma.2 There is a legal canon devoted to patients with acute psychiatric illness, how to manage them, and when they must be committed to an inpatient psychiatric ward against their will.3 When the decision we make is questioned in the context of a bad outcome, we may be held medically liable or found negligent based on our decisions if we have departed from the unanimously recognized standard of care.

The training we receive, as well as guidelines, rules and regulations, and legal judgments relevant to our decisions about where to treat patients all have a distinct and important characteristic to them: the decision is driven exclusively by medical variables of the patient's health, available resources and expertise, and the anticipated care needs of the patient. Nowhere do "nonmedical" variables of patient financial resources, insurance reimbursement, and patient and family preference play an explicit role in those decisions.

However, there are innumerable instances where we must make treatment decisions about location of care that are based on factors other than what we would consider "medical." There are many cases of patients admitted for asthma exacerbations from an emergency ward not because they met clinical guidelines requiring admission, but because a doctor felt the patients in question lacked the knowledge base to manage the disease on his or her own, didn't have family to help out if they got sicker, or didn't have a doctor to follow-up with if they were released. As a medical student, I remember caring for dozens of patients on 6 weeks of intravenous antibiotic therapy for endocarditis. The concern was not that they couldn't care for their indwelling catheters—but rather that they were injection drug abusers, and we were afraid that they would use their newly placed access site for illicit drug injection. Furthermore, we routinely admit patients to provide vital therapies they are unable to purchase as outpatients, despite knowing that they most likely will never have the resources to pay for their inpatient stay.

In the case at hand the inclusion of a third-party payer further complicates this matter and often drives the decision for location of care. At the medical center where I trained in pulmonary medicine, the decision of whether to complete the workup of a pretransplant candidate as an inpatient or outpatient was made almost exclusively on the basis of whether the patient's insurance provider would pay for the procedure at one or another location. We routinely keep patients in the hospital to continue an extended therapy that could be delivered in a nursing facility or with home IV care because the patient's insurance provider will only reimburse the care if it is administered in an acute inpatient ward. Often, provider policy seems to fly in the face of both cost-benefit analysis and best medical practice. For example, despite multiple papers on the cost-effectiveness of treating deep venous thrombosis with low-molecular-weight heparin therapy administered at home,4 there are many insurance providers who will not authorize this on an outpatient treatment basis. From the physician's standpoint, keeping a patient in the hospital when a safe, cheaper, outpatient alternative is available seems medically unnecessary, fiscally wasteful, and most likely against the patient's wishes. While there may be defensible reasons behind the decisions insurance providers make, they clearly aren't based on any medical or financial consideration.

The second question this case raises goes to the role of physicians in the grand scheme of cost-savings efforts. With the cost of medical care in America bursting at the seams, this question is not trivial. But I believe that it is, for the most part, irrelevant when I am sitting across from a patient. Nowhere in our training as professionals are we taught that the best interest of our patient must be sacrificed for the financial needs of an entity we work with, or even for. We often fight with insurance providers to reimburse care we believe a patient needs, either in advance of or after a therapy is provided. It is the physician's job to provide the best care possible, a clinical judgment guided by a number of variables, one of which is what effective therapy will be least costly to the patient we serve. Some ethicists go further,5 suggesting that any goal other than the best interests of the patient violates the central principles of professionalism. These proponents believe that dealing with questions of fiscal responsibility while caring for a patient constitutes a conflict of interest. It is no different in principle, they say, than being paid by a drug company to promote its product or to enroll patients as subjects in a research protocol. Physicians sometimes have priorities other than the patient, which at the very least need to be clearly explained and consented to by patients before they enter a patient-doctor relationship with us.

The Veterans Administration (VA) hospital system is a case study in the struggle to restrict care and medical expenditures at several levels.6 On the one hand the VA system has formulary barriers that restrict physicians' choice of antibiotics, lipid therapies, and antihypertensives. On the other hand, we are rarely, if ever, told in advance that we may not treat a veteran for a condition that is deemed service-connected. To date, if VA doctors choose to admit a veteran for a medical or social condition, regardless of emergent need or even medical appropriateness, there are virtually no obstacles to the admission. There is currently discussion in Congress about limiting access to the VA system,7 and it seems that new fees are imposed on the veterans daily. But, for now, once the patient is in a VA hospital bed, for better or for worse, both the patient and the doctor have wide latitude.

In the case of Mr. Hooper, the answer to the question of how bureaucratic obligations compete with the physician's role with an individual patient seems unfortunate, but straightforward. While I might want to discuss at a policy level the appropriateness of where and when Medicare, Medicaid, and other insurers pay for care, the reality here is that without a hospital admission, Mr. Hooper will most likely be discharged from the rehabilitation center where he is currently receiving care due to financial constraints. Without a hospital admission, there is a good chance that he will receive noprofessional care for his pressure ulcer if the family is unable to pay for a visiting nurse. Fiscal advocates for Medicare might argue that I have an obligation to their solvency that should direct me not to admit Mr. Hooper, and I might, but for the fact that Medicare will pay to treat this condition in one particular venue. My decision is not whether he needs treatment or not, but how to get it, and to some degree the insurers have forced the decision. Moreover, I am unaware of any instance where a physician, after withholding care for insurance reasons, was then protected by the insurer from liability if a patient suffered a bad outcome.

There are many opportunities to debate how nonmedical aspects of a patient's care—financial stewardship and fiscal responsibility—may lead to limited medical care, but opposite a sick patient is a dangerous place to hold that debate. The congressional argument over care of veterans is an example from the distant halls of policymakers. There needs to be a society-wide dialogue about what care we value and wish to pay for in this time of limited means; the bedside is not the place for the discussion. 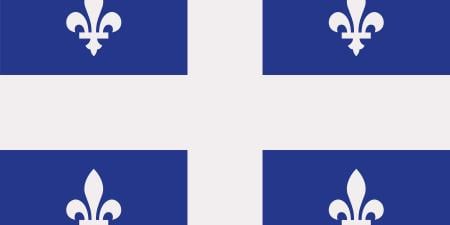 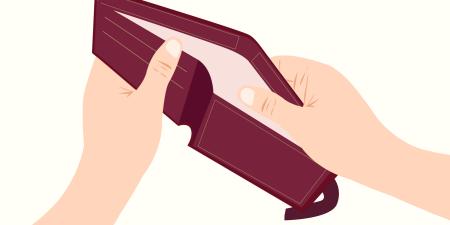