Disclosure of harmful mistakes to patients and their families can be daunting for physicians, who tend to weigh their ethical obligations to inform against possible underlying fears of retaliation, perceived incompetence, or shame. When a patient is both incompetent and unrepresented, documentation, disclosure, and rectification of errors are particularly important to consider.

An 82-year-old man is brought to the emergency department with altered mental status, fever, and cough after being found on the street. He cannot be identified and is presumed to be homeless. He is admitted to the intensive care unit (ICU) for severe pneumonia with developing acute respiratory distress syndrome, and he requires intubation. After his admission, he has a cardiac arrest. In responding to his cardiac arrest, a communication error transpires.

Shortly thereafter, however, the 82-year-old patient has another cardiac arrest; again, he is revived with cardiopulmonary resuscitation. Dr K is concerned that the patient will have recurrent cardiac arrests secondary to hypoxia. However, nothing is known about his values or preferences, and he continues to have altered mental status. Dr K believes that he has suffered irreversible brain injury from hypoxia during the first delayed resuscitation attempt. Dr K feels that even if the patient were successfully resuscitated following another cardiac arrest, he would have very low quality of life, based on his knowledge of the literature.1,2 Dr K thinks that it might now be best to change the 82-year-old patient’s code status to DNAR. However, Dr K is concerned that, given the erroneous first DNAR and the patient’s unrepresented status, some members of the team might feel compelled to err on the side of providing more aggressive care. Dr K wonders what to do next.

Respect for patient autonomy is a core value in medical ethics and forms the cornerstone of the modern patient-physician relationship.3 At its heart lies the right of patients to make decisions concerning their own medical treatment, even to the detriment of their own health. This principle requires patients to provide informed consent for any treatment or intervention and to be adequately informed when their care does not proceed as planned, due to errors or other factors. Errors are not uncommon—counting among other iatrogenic incidents as the third leading cause of death in the United States4—and became an area of increased focus following the release of the Institute of Medicine’s renowned report To Err Is Human: Building a Safer Health System.5 It is now a generally accepted ethical duty among US physicians to communicate harmful errors and their implications to the patient and his or her family members.6,7

Deontological (duty-based obligation) analysis of error handling is further complicated, however, in situations in which the patient is both incapacitated and unrepresented, as is the case in roughly 8% of hospital ethics consultations nationwide.2 This essay will propose a 3-part framework for error management pertaining to unrepresented patients. The first part concerns documentation and its role in informing future practice at both the physician and the systemic level. The second part concerns the concept of disclosure—the process of admitting and communicating the mistake in question. Finally, the notion of rectification will be explored, particularly in the context of life prolongation for unrepresented patients.

An important purpose of documenting an error is facilitating identification of areas of improvement for both the practitioners directly involved and the hospital system as a whole.8 It is for this reason that latent errors (less obvious failures of an organization or system that contribute to human errors or to accidents waiting to happen) and “near misses” should be reported to institutions, as they can help institutions identify the cause of an error and respond to its sequelae.8 One might view Dr K’s decision to resuscitate the patient without verifying his identity with the nurse as a lapse in professional judgment. However, it could also be argued that such a lapse could have been prevented by implementing policies or system designs that prevent practitioners from acting without consciously considering relevant information or other systems-level safety measures, such that a single clinician’s possible misstep would be less likely to result in devastating consequences for a patient. Such checks can also illuminate system weaknesses that should be addressed.

In response to an error, clinicians involved should fully document the incident. Clear and complete documentation enables root-cause analyses of causal factors underlying systemic sources of variation in clinical practice.9 Hospital policies can be tailored to address these factors in order to prevent similar errors in the future.

In contrast to documentation, a process largely independent of patient or surrogate involvement, error disclosure can be complicated by a lack of persons to whom the physician could otherwise express contrition and sympathy. During a disclosure process, a physician could inform the patient or—if he or she lacks decision-making capacity—an available surrogate that an error occurred, offer a sincere apology on behalf of everyone involved, and outline next steps for rectification. Before addressing whom to tell in this case, it is important to consider the value of error disclosure. First, error disclosure serves to preserve trust between patients and their physicians.10 Second, it serves a risk management purpose for both physicians and hospital systems,10 as ineffective communication is a risk factor for malpractice claims.11 Conversely, disclosure of an error renders a practitioner less likely to be named as a defendant in a lawsuit and is consequently associated with lower malpractice costs.12

For unrepresented patients, of course, those who could seek financial retribution or demand an explanation are absent. Nevertheless, finding someone to whom to disclose the error could be helpful, if not therapeutic, for the clinician directly involved, as it involves the clinician setting aside his or her pride in order to reflect on what just transpired.13 Disclosure could enable Dr K to mentally organize events leading up to the incident in a manner that is coherent and permits identification of strategies for preventing errors. If Dr K were a trainee, an attending physician overseeing the patient’s care would be a suitable person to whom to disclose the error. A senior colleague would, presumably, be able to offer support and constructive feedback, such that Dr K might be able to feel that the best has been made of a bad outcome, that an act of ownership and contrition has been rendered, and that learning can be ongoing.

What constitutes adequate rectification of an error can be an ongoing source of ethical and clinical consideration, but, for purposes of discussion here, rectification can be construed as a restorative process related to either a harmed patient (by minimizing his or her discomfort) or, in the case of a patient’s death, memories of that patient. Unfortunately, some errors could render a patient unresponsive or unable to clarify his or her end-of-life wishes.

In the United States, prolongation of life is generally regarded as an appropriate default for an incapacitated patient who has not indicated otherwise through an advance directive, prior communication, or a surrogate decision maker.14 But prolonging life is only ethically acceptable when benefits of prolonging meaningful life outweigh harms of delaying death.15 Therapeutic futility, for example, is commonly invoked to justify withdrawal of life supporting treatments when, according to a Society of Critical Care Medicine policy statement, continuing treatments “will not accomplish their intended goal … i.e., treatments … have no beneficial physiologic effect.”16 Defining what constitutes therapeutic futility requires input from a physician not involved in the patient’s care who can inform considerations of what might be regarded as physiologically beneficial.

Dr K has a number of resources available to him. He should consider seeking advice from physicians not directly involved in the unrepresented patient’s care who have expertise in critical care and palliative care. In addition, hospitals typically have an ethics committee whose main purpose is to adjudicate ethically difficult cases in patient care17; ethics committee members as well as interdepartmental colleagues could help him assess therapeutic futility. While some might argue that the initial mistaken DNAR order should not be treated as a fait accompli and that more aggressive measures are warranted to remedy it, prolongation of life could result in additional harm being suffered by the patient.

In cases in which an error is made in the care of an unrepresented patient, the absence of a surrogate does not preclude the clinician’s ethical responsibilities to document, disclose, and, insofar as possible, rectify the mistake. As suggested here, the obligations of physicians and their organizations to an unrepresented patient are not all that different from those owed to other patients. 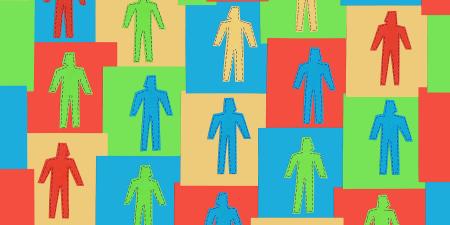 Should Aggregate Patient Preference Data Be Used to Make Decisions on Behalf of Unrepresented Patients? 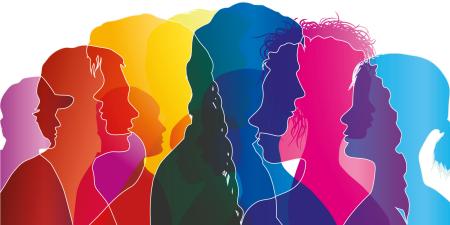 How Should Clinicians Navigate Decision Making for Unrepresented Patients? 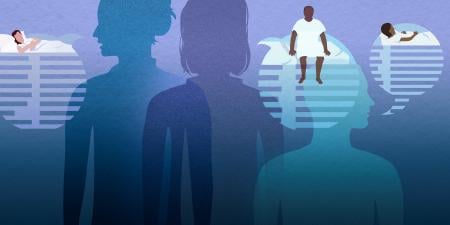 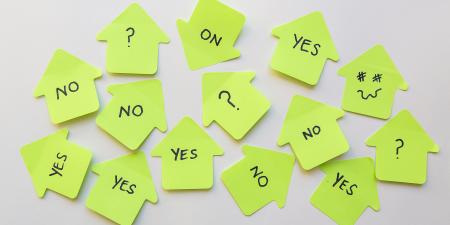 Who Makes Decisions for Incapacitated Patients Who Have No Surrogate or Advance Directive?