Unrepresented patients are those who have no surrogate or advance directive to guide medical decision making for them when they become incapacitated. While there is no perfect solution to the problem of making medical decisions for such vulnerable patients, 3 different approaches are noted in the literature: a physician approach, an ethics committee approach, and a guardianship approach. Recent policies and laws have required an approach that is “tiered” with respect to both who is involved and the gravity of the medical treatment questions at issue. In a general sense, some variant of a tiered approach is likely the best possible solution for jurisdictions and health institutions—both those already with and those without a tiered approach—to the challenging puzzle of treating unrepresented patients.

Unrepresented patients are incapacitated individuals whom Pope describes as having “no available friends or family to make medical decisions as ‘default’ surrogates.”1 These patients typically fall into 3 groups: those who are homeless or mentally ill, those who by “choice or life history” do not have family or friends who could act as a surrogate, and those elderly patients who have outlived their family and friends.2 Indeed, the problem of addressing the “care of decisionally incapable patients” who have no surrogate to engage in the decision-making process is a bioethical puzzle and has been deemed by Karp and Wood to be “the single greatest category of problems” encountered by hospitals and clinicians.3

Generally, there is agreement that “a substituted judgement or a best interest standard” is best to help guide decision making for unrepresented patients,9 although laws and policies vary in how best to uphold a best interest standard.4,9 As the Hastings Center notes, “[t]here is as yet no consensus on the proper solution.”10 However, state laws and institutional policies attempt to solve the problem largely through 3 different approaches regarding the choice of decision maker: physician, ethics committee, and guardianship.5 Each of these approaches—applicable to the care of unrepresented patients generally and in specific situations such as end-of-life care—has certain advantages and disadvantages, underscoring that no one approach alone provides a solution.

Physician approach. The model of allowing the physician to be the ultimate decision maker is the main approach, with White et al’s study demonstrating that 81% of life support decisions for unrepresented patients were made “by the intensive care unit team alone or … [with] another attending physician.”8 Some states allow physicians to act as decision makers until a guardian can be appointed.11 However, it is interesting to note that 39 states do have laws that prohibit—explicitly, implicitly, or possibly—physicians from acting as a general surrogate.10 These laws prohibit physicians from becoming general surrogates in the sense that they cannot be designated or appointed a surrogate for their own patient—even for patients who have decision-making capacity and may wish to actively choose their physician as their surrogate should the need arise. As Rosoff notes, most of these laws seem to be motivated by concerns about “the possibility of a financial conflict of interest on the part of the physician.”11 Nevertheless, it is interesting to note that physicians can be the sole decision maker for unrepresented patients. Some states directly empower physicians to make decisions for unrepresented patients, like North Carolina, which will allow physicians to make end-of-life decisions for unrepresented patients without court approval as long as reasonable efforts are made to find a surrogate.11,12 Arguably, this law stands partly in contradiction to North Carolina’s statute that bars physicians from being a “health care agent” to their patient (though why lawmakers allowed such a contradiction is unclear).11,13

Guardianship approach. When a court determines that an individual lacks capacity to make decisions, it appoints a guardian with legal authority to make decisions for that person.1 Court appointment of a guardian to make decisions on behalf of an unrepresented patient might seem like a simple solution on its face, but it is generally disfavored and considered an inadequate solution.1 Karp and Wood note that guardianship is criticized for being “too costly, too time consuming, [and] overly cumbersome.”3 Additionally, it has been criticized because guardians often are not adequately trained and do not know the patient.1 Public guardianship (ie, guardianship created by court appointment of a person or agency unknown to the patient) may have value as the “ultimate safety net” for patients, but programs need adequate funding and staff, something that is not a reality in all states.3 The concern about adequacy of funding is echoed by Moye et al, who note that “if the public guardianship system is not adequately structured or funded, healthcare providers and hospital ethics committees are likely to be involved certainly before and sometimes after guardianship appointment.”15

Despite criticism, benefits of guardianships exist. Karp and Wood argue that public guardianship is an important option for unrepresented patients, especially those with prolonged medical issues, and note that “public guardianship should be readily available for those in need, particularly when the decision making may be ongoing.”3

There is a significant debate in the literature about which decision-maker approach is best for unrepresented patients (both in the general sense and in more specific situations such as end-of-life care), with commentators falling into 2 basic camps: one that supports physicians and one that supports ethics committees. While there is support for guardians, the literature suggests a more prominent debate about whether physicians or ethics committees should serve as decision makers. These 2 schools of thought are illustrated in the divide between Pope (a strong advocate of ethics committees as decision makers) and Courtwright (a strong advocate of physicians as decision makers).1,2 Pope encapsulates this divide well, noting that it stems from 2 “fundamental questions”: “(1) whether the dominant ‘solo’ physician model is acceptable and, (2) if not, ‘how much’ of a second opinion [i.e. an ethics committee] is required.”16

Pope strongly argues that physicians alone should not be making treatment decisions for unrepresented patients. He explains that “when physicians don’t need to explain their treatment decisions to another decision maker, the bases for those decisions are less clearly articulated and more susceptible to the physician’s idiosyncratic treatment style.”17 Also problematic, as noted earlier, is that physicians have conflicting interests and obligations that may influence their decisions as surrogates. For example, as White et al note, physicians are perceived to have “ethical commitments to individual patients and to society at large to manage resources in a cost-conscious manner,” and when physicians become decision makers for patients, “it is unclear how they should balance the task of ‘serving two masters.’”18 Physicians can also have financial conflicts of interests that could, for example, “lead to overtreatment of patients in fee for service reimbursement models.”18 Additionally, Volpe and Steinman note that end-of-life decisions are not simply medical but “social and ethical decisions” that, if left to the physician alone, would implicitly suggest that such profound end-of-life decisions are merely “choices [that] are reducible to medical facts.”5

Supporters of ethics committees believe that they are less susceptible to conflicts and biases than physicians,2 although risk of bias is associated with ethics committees as well. For example, as Magelssen et al note, ethics consultants may get “incentives to provide guidance that comports with the interests of hospital management.”19 Courtwright and Rubin also note that “there is no obvious reason why an ethics committee would more accurately represent an unrepresented patient’s wishes than a treating physician.”2

A recent development in hospital policy and law is a tiered approach, which applies aspects of both the physician and the ethics committee approach in decision making for unrepresented patients. In the tiered approach, treatments and procedures are assessed and assigned to one of 3 risk categories—low-risk or routine treatment, major medical treatment, or life-sustaining treatment—as a basis for decision-making policy.1 For example, a physician may make decisions regarding low-risk treatments that are routine and in keeping with accepted medical practice standards. For medium-risk procedures that would normally require written informed consent, a physician might be required to consult with another physician or an ethics committee. The highest-risk or highest-stakes procedure, typically deemed to be withdrawing or withholding life-sustaining treatment, might require a physician to get approval and consensus from an ethics committee. These examples give a rough sketch as to how a tiered approach might function—the exact parameters and requirements vary. For example, Colorado, New York State, and Montana have instituted statutes with a tiered approach similar to that just described.1,4 The Cleveland Clinic has also generated a similar institutional policy based on 3 risk categories: routine care, decisions for which informed consent would ordinarily be needed, and decisions about withholding or withdrawing life-sustaining treatment.20 Smith and Luck describe the Cleveland Clinic policy as a “gradation of various safeguards” put into “place as the significance and consequences of the clinical decisions increase.”20

A collaborative, multidisciplinary approach to the problem of unrepresented patients, although imperfect, is preferable to a unilateral approach. As Moye et al argue, “collaboration is key to illuminate their [unrepresented patients’] needs and rights,” while providing a “menu of options” that involves all 3 of the major decision-making approaches: physicians, ethics committees, and guardianship.15 Taking this collaborative approach (which includes guardianship) and combining it with a tiered approach (which strikes a balance between physicians and ethics committees) creates a multifaceted decision-making method, involving layers of options and ethical safeguards, thus making it likely the best possible solution to this most vexing of bioethical quandaries. 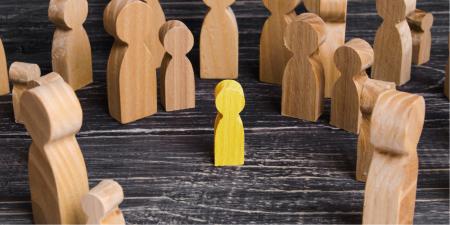 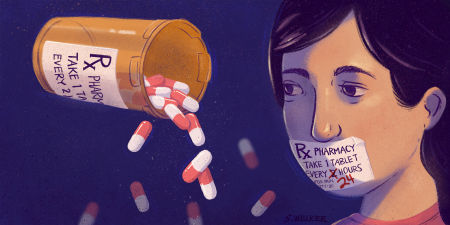 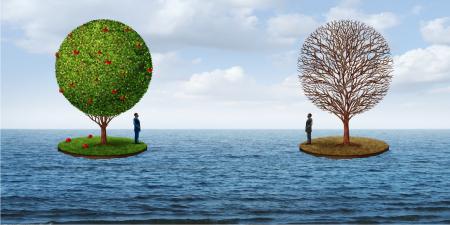 Should Dialysis Be Stopped for an Unrepresented Patient With Metastatic Cancer? 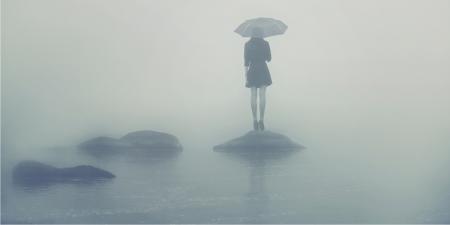