In her Op-Ed article, "Does evidence-based medicine offer fair benefits for all?" Wendy Rogers notes that evidence-based medicine evokes concerns of justice insofar as the evidence base itself systematically excludes certain groups. She also suggests 2 steps to address the research processes of inclusion: "…require researchers to (1) redesign research, removing the current barriers to participation by those who are disadvantaged…to (2) increase the number of opportunities for participation, either by increasing heterogeneity in general research populations, or by specifically fundingresearch with disadvantaged subgroups (numerals and emphasis added)." This article provides a response to some aspects of her article by highlighting the United States' National Institutes of Health (NIH) policies for inclusion in biomedical research and the processes used to develop research agendas representative of the health concerns of the communities under study. Recommendations for overcoming barriers that researchers have encountered in recruiting and retaining study participants are also discussed.

Before proceeding, it is crucial to understand the recent history of the movement toward inclusion in research. In the latter 1980s, advocates for systematic inclusion of women in biomedical research were concerned not only with ethical matters but also with a practical challenge. Ethically, equity provided a rationale for demanding attention to research on women's health. But pragmatically, the underlying question was simple: Why shouldn't women be the norm in evaluating how medical interventions would affect them, rather than assuming that studies conducted primarily on men would have the same clinical application for women? Recognizing that the results of biomedical research influence standards of health care and delivery (the topic of this Virtual Mentor issue), advocates and policy makers directed attention to ensuring that publicly funded research would benefit all segments of a diverse population of women—and of men.

One consequence of this recognition was the establishment of the Office of Research on Women's Health (ORWH) in the office of the director of the NIH in 1990. Another was an evolving appreciation by scientists and health policy makers that the scientific design of biomedical studies should consider all affected population groups in their specific biological and cultural contexts. Thus, policies were established to ensure the inclusion of women in NIH-funded clinical research, and these were extended to address the inclusion of racial and ethnic minorities. (The NIH follows the Office of Management and Budget in defining 5 basic racial or ethnic groups while allowing for further subgroups.) Evolving research agendas also began to emphasize the need to understand the role of sex/gender and racial/ethnic factors as distinct from other factors such as environment, education, behavior, poverty, age, and access to health care, on biologic and genetic determinants of disparities in health, disease, and health outcomes.1

Implementation of the NIH inclusion policies is now yielding advances in understanding when important, health care-related differences exist between genders and among various populations.2,3 At the same time, implementation has sharpened our perception of the barriers that led to the need for these policies. This need to recruit and retain study volunteers who represent the desired diversity requires scientists and policy makers to examine why these barriers exist and to devise innovative and successful initiatives to overcome them.4

The NIH has undertaken many activities—with collaborative input from scientific and professional organizations, researchers, health care professionals, and public advocates—to develop a long-term agenda for priorities in biomedical research across the life span of women.5 The revision of this agenda, published in 1999, focused not only on conditions that are specific for, or more prevalent in, women (such as breast cancer or lupus) but also on the importance of sex and gender factors in research design and the need to focus on factors that affect underserved populations with disparate health statuses.6 Public and scientific hearings were held across the country with open participation, allowing the voices of advocates and scientists to reflect health issues of concern to the diversity of communities and individuals.7,8

Furthering the efforts to identify gaps and set priorities, an NIH-wide working group, with public input, developed the NIH Strategic Research Plan to Reduce and Ultimately Eliminate Health Disparities in 1999. The working group defined disparities as "differences in the incidence, prevalence, mortality, and burden of diseases and other adverse health conditions that exist among specific population groups in the United States."9 The NIH is the primary federal agency for conducting and supporting medical research through competitive grants to researchers at universities, medical and other health professional schools, and other research institutions across the country and around the world. The NIH has no authority over other funding entities, such as pharmaceutical companies, private organizations and foundations, and other government agencies; thus the policies described here apply only to NIH-funded research. NIH policies regarding the inclusion of women and minorities in clinical research date from 1987 and have evolved through a series of clarifications and revisions to require documentation and adherence.

The current policy, revised in 1994 to meet specifications of the NIH Revitalization Act of 1993 (PL 103-3, which makes inclusion in NIH-funded research a matter of public law), in brief states that:

It is the policy of NIH that women and members of minority groups…must be included in all NIH-supported biomedical and behavioral research projects involving human subjects, unless a clear and compelling rationale and justification establishes…that inclusion is inappropriate with respect to the health of the subjects or the purposes of the research…10

Further, NIH must support outreach efforts to recruit and retain women and minorities and their subpopulations as volunteers in Phase III clinical trials in numbers adequate to allow for valid analyses of differences in intervention effect. NIH evaluates the proposed enrollment of each project to determine if the plan to include women and minorities is scientifically acceptable and reflects the prevalence of the condition in diverse populations. The intent is to ensure that scientific norms for health, disease, treatments, and other medical interventions will be applicable to all populations, based upon scientific evidence.11

The inclusion policy, however, is only useful if researchers are aware of it and supported in implementing it. NIH has prepared the Outreach Notebook for the Inclusion, Recruitment, and Retention of Women and Minority Subjects in Clinical Research, which provides information about human subject protections and inclusion issues, frequently asked questions about the implementation of the policy, and information to assist in outreach activities for women and members of ethnic or racial populations.12 The Outreach Notebook emphasizes that effective outreach to potential study participants—some of whom are difficult to access—must incorporate a partnership among these individuals, investigators, community-based organizations, and other relevant stakeholders in the research process.

Data show that NIH-funded research is indeed including women and other population groups, no doubt attributable to some degree by the strengthened NIH policies of inclusion.13 The most recent aggregate data available (FY2002) on all NIH-funded research indicate that almost 69 percent (6 238 525) of extramural clinical research participants are women, and 31 percent (2 855 387) are men.14 When sex-specific studies are eliminated from the data, the participation of women and men in clinical studies is proportional to the general population (51 percent women and 48 percent men).

Nevertheless, challenges continue to confront the recruitment and retention of women, minorities, and other traditionally under-represented individuals in clinical research. The Outreach Notebook summarizes a few of these: fear and distrust of the research enterprise; lack of information provided to potential participants (especially related to informed consent); lack of transportation to clinical research facilities (especially for rural areas, areas affected by harsh weather, or those with limited financial resources); interference with work or family responsibilities or both (especially for women or men who have family care or demanding work schedules); burden of repeated clinical tests and trips to clinical research sites; and financial costs (either unpaid research costs or time away from work) that may be prohibitive for low-income individuals.

Far from simply pointing out obstacles, however, the Outreach Notebookalso describes basic attempts to help meet the goal of inclusion. Researchers should try to understand the study population's cultural norms and beliefs and then establish an explicit outreach plan that involves community and institutional communication channels. They should plan for a collaborative evaluation that includes community leaders and potential participants in recruiting study participants; and they ought to let the participants know they're important by communicating research progress and findings to them.

A report titled Science Meets Reality: Recruitment and Retention of Women in Clinical Studies, and the Critical Role of Relevance provides additional guidance for those interested in implementing these strategies.15

There has been a steady progression from the ethics of protectionism to the ethics of inclusion and a notion of justice in clinical research. Inclusion, however, cannot trump all other ethical concerns. This is especially important given a historical context tarnished by the blurring of clinical care and clinical research in vulnerable populations. Necessary incentives must not become problematic lures, whether they be reimbursement for time, training, or the promise of continuation of health care after the study is over. The fact that, during research, many underserved populations will have experienced the best (if not the only) health care that they have ever received makes this determination difficult, but not impossible. Clarification of such issues between researchers and potential study participant communities is a must.

Not all remaining challenges involve researchers and study participants or their communities alone. For example, 1 remaining challenge is to encourage editors, reviewers, and authors of peer-reviewed publications to include analyses of the differences or similarities between men and women or population subgroups differing by race or ethnicity, poverty, geography, or other factors that may influence health outcomes. When included, these analyses become available as part of the "base" for evidence-based medicine.16

The intent of efforts for representative inclusion in clinical research is to provide science-based initiatives that can utilize biomedical and behavioral research to eliminate gaps in knowledge and to address inequities in the prevention, detection, and treatment of illnesses among women and men of varied races, cultures, ages, communities, and means. There remains a need for similar diversity among the scientists who design, conduct, and interpret research studies and those who are responsible for incorporating the results into evidence-based clinical practice and public health policies. Balance must exist between good science and the reality of ethical and pragmatic challenges facing researchers in order for us to realize the potential of biomedical research for achieving equity in health care and health outcomes. The fulcrum of that balance must be input from and collaboration with the potential study participants and the communities in which the studies are implemented. 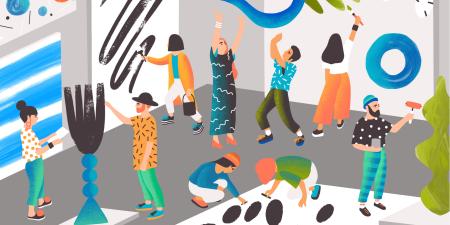 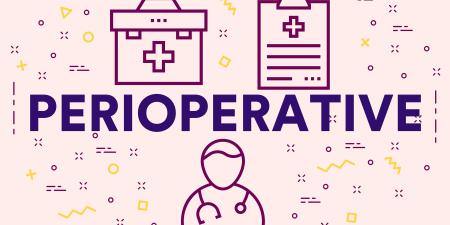