Carli recently made an appointment for her yearly physical with Dr. Goldstein. Dr. Goldstein always enjoyed seeing Carli, a motivated and responsible teenager who, at 17, seemed to have direction and plans for her future. In accordance with Dr. Goldstein's office protocol, Carli's mother remained in the waiting room during the visit.

During the interview, Carli was bubbly and vivacious. She enjoyed school and was looking forward to college. She had lots of friends, but no steady boyfriend. She played tennis and soccer. She explained that she had recently developed an interest in baking and had won a prize in a school contest for a cherry pie. When asked if she had any concerns, she explained that she was trying to "take off a little weight" that she gained after the soccer season. She also stated that she had occasional headaches, but she attributed them to stress about taking the SATs. Otherwise, she had no health concerns.

Dr. Goldstein noted that Carli had lost about 7 pounds since her last visit 6 months ago, but she did not appear grossly underweight. During the HEENT exam, Dr. Goldstein saw some dental enamel erosion on the posterior surfaces of her teeth. He also detected mild enlargement of her parotid glands bilaterally. Her cardiovascular and pulmonary exams were normal. On abdominal exam, Carli complained of mild nausea with deep palpation, but no masses or painful areas were found. Her neurologic, musculoskeletal, and genitourinary exams were normal. She had mild facial acne. Dr. Goldstein also noted a callus on her right middle finger. Carli explained that she has developed that callus "from all the writing that I have to do in my English class. We write long essays!"

After completing the physical, Dr. Goldstein explained to Carli that he was concerned about bulimia. At first, Carli flatly denied any binge-purge behavior. Dr. Goldstein suggested that Carli go down the hall to the lab and give a blood sample so he could get some screening labs. Carli seemed worried. "Do you think something's wrong with me?" she asked. Dr. Goldstein said he just wanted to make sure nothing was wrong, and Carli agreed to the test.

Not long afterward, Dr. Goldstein's nurse called Carli back in from the waiting room where she had been working on school assignments. Her screening blood work showed mild hypokalemia, increased serum amylase, and a normal CBC. Dr. Goldstein showed these results to Carli and explained that they were highly suggestive of bulimia. Sighing, she admitted to bingeing and purging during the past 5 months. She explained that she would get the urge to eat and then feel as though she couldn't stop eating. Afterwards, she felt guilty and purged by vomiting. She had tried diuretics a few times but felt they were "less effective than vomiting." Carli told Dr. Goldstein that she thought she was getting better. A few months ago she was bingeing and purging almost daily and she now only did it a few times a week. She begged him not to tell her mother. "My mom is under a lot of stress right now since her sister was diagnosed with cancer, and I don't want her stressed out with my problems," she explained. She promised to work with Dr. Goldstein to stop her behavior as long as he did not tell her mother. Carli promised to come in for weekly weight checks and exams or do "whatever," so long as Dr. Goldstein kept her secret.

Dr. Goldstein was concerned about Carli. He knew that her physical manifestations and lab values showed that she was probably sicker than she realized. However, she was 17 and had been a reliable patient in the past.

This case fits into the most common and paradigmatic ethical dilemma that arises in the health care of adolescents. It is a struggle between the adolescent's need and request for autonomythe moral imperative of a clinician to respect a person's autonomyand the parents' need and requirement to know about and understand their children's thoughts, attitudes, and behaviors. The moral imperative of parents is to care for adolescents as they grow toward adulthood. Dilemmas like the one in this case often seem insoluble. It sometimes seems there is no right approach to take without doing harm as well as good. I will examine the process and desired outcome to best guide us in this dilemma.

Confidentiality and consent issues frequently arise while providing health care to adolescents. These are compelling aspects of the process of adolescent medical care. Two age-related characteristics of adolescents inform the case.

1. A unique characteristic of adolescents in a health care setting is the intense desire for privacy and autonomy. Failing to provide a confidential patient-physician relationship and private environment will result in failure to learn necessary information about adolescent patients [1]. Dr. Goldstein's skill in this area led to the initial discovery of Carli's illness. An emerging adult like Carli needs to be respected, however, and treated as an autonomous individual as much as possible [2]. This treatment gives her necessary life experience in managing herself—in listening, in learning, in communicating, and in making decisions.

2. Although adolescents deserve respect for their autonomy, they are not yet self-sufficient adults. Their cognitive abilities are equal to those of adults, and in the case of older female adolescents their physical development is equal to that of adults. Yet they still require guidance and support, both emotionally and financially. Any decision to grant autonomy in a health care setting must be accompanied by age-appropriate interventions to help patients make decisions and to provide support [3].

Carli appears reliable, motivated, prompt, and responsible. Ultimately she is truthful with Dr. Goldstein. We also learn that her mother's sister has cancer, adding to parental stress, and consideration of her mother's needs prompts Carli's desire for the doctor to keep his discovery "secret. " These facts compel the doctor to consider granting her request for privacy relating to her circumstances and her condition.

An exclusive focus on the process would obscure realization of the ultimate desired outcome. What is the physician's goal for this patient beyond the question of whether Carli's mother should know about her condition? Most would agree that in this case it is to help her get well or to cure the disease and lessen the suffering that is wrought by the disease.

Carli clearly has an eating disorder syndrome consisting of weight loss, a cycle of "binge" eating, compensatory behavior in the form of diuretics and vomiting, and emotionally laden food and body weight concerns. In addition, the physical examination indicates chronicity. Hand calluses, dental enamel erosion and parotid gland enlargement only occur from prolonged behaviors that accompany eating disorders [4]. Chronicity is a key characteristic in diagnosis, indicating more than a voluntary "choice" to utilize behaviors, but a compulsive pattern, not easily stopped once developed over time.

By definition, eating disorders are chronic, obsessive, and compulsive. The susceptible person's personality characteristics, emotional coping abilities, and life experiences bring them to a state in which the eating-disordered life, with its related thoughts, feelings, and behaviors provides a numbing, dissociated way to live and to deal with uncomfortable aspects of both life and self. They are adaptive and functional; they serve a private purpose that the patient doesn't feel open to share [5].

Carli was not ready to tell anyone about her problem; her physician discovered it after she had initially lied to him. The denial period is a cardinal characteristic of all eating disorders. The same personality characteristics that make individuals susceptible make it unlikely that they will openly admit their problem to themselves or others. It is too shameful and it conflicts with the patient's need to feel and appear "perfect." Disclosure is often a necessary recovery task, because it represents recognition that the problem exists; telling others is like telling oneself, and forgiveness from others aids forgiveness of oneself. As with people who have substance abuse disorders, patients like Carli often require disclosure and support from others to sustain recovery.

The disease also causes significant physical complications. Most physicians are aware of acute (fluid and electrolyte abnormalities, GI, cardiac, and other) as well as chronic (bone, reproductive, renal, brain) complications. Carli already has hypokalemia, a potentially dangerous effect of the bing-purge cycle, should it advance. Eating disorders are serious not only because of the pervasiveness of psychosocial effects, but because many are associated with physical disease and risk of life-threatening complications.

The best current evidence—although most in the field would consider it inadequate—suggests that a combination of cognitive behavioral therapy in individual or group settings and psychopharmacologic treatment is helpful for many with eating disorders [6]. Patients seeking help may find instead that their local health care delivery systems provide alternative forms of psychotherapy, different levels of intensity of treatment, and different philosophies of treatment, depending upon the training of local professionals and resources in the area. It is believed that the earlier treatment begins, the better the prognosis.

In summary, Carli's disease is chronic, self-sustaining, adaptive, secretive, and potentially lethal. Treatment requires psychological interventions and sometimes medicines in addition to medical monitoring for complications. It is far beyond an adolescent "lifestyle" choice; it is a serious disease state. The nature of the eating disorder is such that the stakes are too high to ignore it, or to provide less than optimal treatment.

Carli is an older adolescent who deserves and requires autonomy in the method by which she deals with her eating disorder. At present, however, she has a condition that must be disclosed if she is to receive the treatment resources that will be necessary. Her treatment and monitoring will include repeated blood work, psychotherapy, and perhaps nutritional therapy with other professionals. She may need intensive treatment in a hospital setting. Practical considerations will keep this from being "private" for long.

The physician can begin to educate her about the ultimate need for disclosure without unilaterally breaking her confidence. She has agreed to return to the office, so there is some time to readdress this need and to discuss how to approach telling her mother in a manner that would feel best to her. Many patients will choose to disclose during a session in the doctor's office; others prefer to do it at home. Many parents already suspect or know about their child's eating disorder but haven't been counseled about how to get involved. The physician's responsibility is not only to help bring about the disclosure, but to help the family move toward recovery. 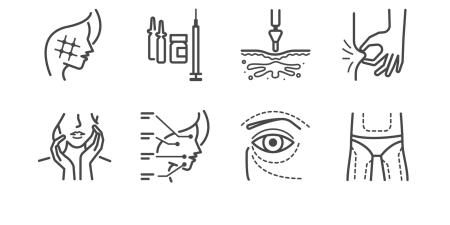 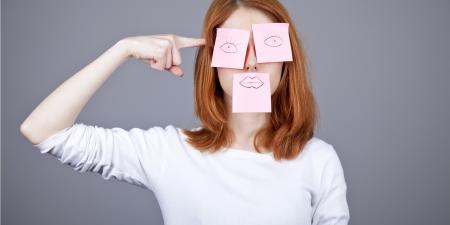 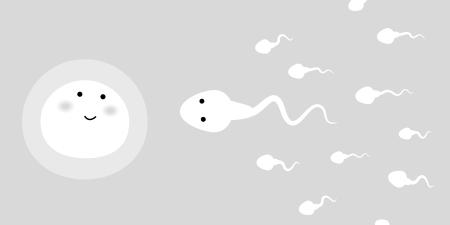 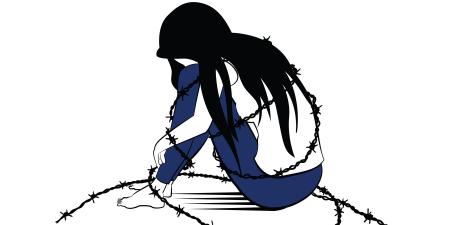