In theory, the price set by a competitive market-oriented health care system should result in efficient (and presumably ethical) rates for hospitals, physicians, drugs, and other health care services. In practice, however, price efficiency does not generally occur for many health services. Because of health insurance, most patients are less sensitive to prices than they would be if they paid the full price. In addition, in some geographic areas, health systems with significant market power can negotiate very high prices, while in other areas, one or two dominant private health insurers have great power to set relatively low prices [1, 2]. As a result, prices paid by individuals for the same service can vary by a factor of 10 at some hospitals [3]. Moreover, a side effect of all these negotiations is that the private insurers and health systems spend millions of dollars negotiating and carrying out unique deals with each other—dollars that could be better spent delivering care [4].

At the same time, the public Medicare and Medicaid programs in the US have set payment rates using a totally different approach from that of the private insurers. The Medicare program has used a diagnosis-based prospective payment system for hospitals since 1984 and the Resource-Based Relative Value Scale (RBRVS) payment system for physicians since 1992. Both attempt to estimate the underlying costs of providing a given service, resulting in a distinct amount for each of about 750 different hospital services [5] and 16,000 different physician services [6]. There is, however, wide variation in payment rates among state Medicaid programs; the average Medicaid payment rates are comparable to Medicare for hospitals but about one-third lower than Medicare for physicians [7-9].

The result of the wide variations in payment rates and methods among private and public insurers can lead to access problems. When the payment rate of one insurer is much lower than that of other insurers, patients have access to a restricted number of participating hospitals and clinicians. And when the premium rates of some insurers are much higher than those of other insurers, people have difficulty paying for health insurance. Moreover, as noted above, the complexity of numerous insurer payment methods means that health systems have to negotiate payment rates with various insurers and hire many people to keep track of these different payment methods, leading to higher administrative costs embedded in these prices. The end result is that prices in the US are typically much higher than they are for similar services in other industrialized countries, or, as one of us wrote years ago, “It’s the prices, stupid” [10]. In addition, when the payment methods differ from one insurer to another, hospitals and clinicians are given mixed messages about exactly what services to provide and whether to emphasize quality, price, or satisfaction.

One option is for all insurers—public and private—to use the same method for paying hospitals, but not necessarily the same rates. This would reduce the administrative costs associated with each insurer’s developing and maintaining its own payment methodology and each health system’s learning each new methodology. A common payment system (but not necessarily the same payment rates) could be adopted voluntarily or imposed through legislation.

The US has developed a variant of this approach already: the RBRVS payment system for physicians used by Medicare since 1992 [11]. Subsequently, nearly all private insurers have chosen to adopt Medicare’s relative value units as the starting point for negotiating payment rates to physicians [11]. Although most private insurers pay higher rates than Medicare does and some pay less, nearly all insurers use relative value units as the basis for starting the negotiation.

Advantages. The advantage of a common payment method is that it simplifies the system for both insurers and physicians. As noted above, it reduces the administrative burden on insurers (who would not have to develop and maintain their own payment systems) and health systems, simplifies the negotiation between them (since the negotiation is simply over the price and not also the payment method), and improves price transparency for patients because only one number is needed to compare prices when all insurers are using the same payment system.

A significant step beyond the common payment method approach is “all-payer rate setting.” In this approach, there is both a uniform payment method and a single rate that all private and public insurers pay for a service [13]. In some variants, all hospitals and physicians are paid the same rate, while in other variants each hospital and clinician has a unique rate. An international example of all-payer rate setting is the German system [14]. In Germany, all insurers sit on one side of the proverbial table and representatives for the hospitals and physicians sit on the other side. Their objective is to negotiate a single payment rate for each service that all health insurers and all health systems will accept. The rates are binding on all insurers and all hospitals and clinicians. There are no special deals for a dominant organization in a local market.

The US attempted a number of state-specific all-payer rate setting programs beginning in the 1970s [15]. One program that has remained operational is Maryland’s, which was fully implemented in 1977. Until 2014, the state used prospective diagnosis-based payments for each admission, a method similar to the Medicare hospital payment system [16]. The Maryland program was able to reduce significantly the rate of increase in spending per hospital admission below the national rate of increase in the US [17]. However, because the admission rate increased, the program was less successful in controlling overall hospital spending. This necessitated a revision to the payment system. Since 2014, Maryland has used a prospective annual global budget that requires each hospital to monitor both the number of admissions and the cost per admission [17].

The Maryland program has a number of features that differentiate it from other all-payer rate setting programs. Whereas the payment rates in Germany result from a negotiation between payers and hospitals and physicians, the payment rates in Maryland are established singlehandedly by a quasigovernmental agency called the Health Services Cost Review Commission (HSCRC). Moreover, all payers in Maryland—large private insurers, small private insurers, the Medicare program, and the Medicaid program—essentially pay a given hospital the same rate for the same service. Unlike the Germany system, however, each hospital negotiates its own rates.

The Maryland program has a Medicare waiver that allows it to set Medicare payment rates [17]. Much of the attention paid to the HSCRC’s all-payer hospital rate revolves around this waiver and what Maryland must do to maintain it. Historically, the waiver test focused on the growth in hospital payments per admission, while the current waiver test focuses on the growth in hospital spending per capita [17]. This change is more in line with the overall change in payment philosophy that now emphasizes value and per-capita spending [12].

Advantages. In addition to the benefits of adopting a common payment method—reduced administrative burden on insurers, simplified negotiations between insurers and health systems, and improved price transparency for patients—an additional potential advantage of all-payer systems is improved access to care. With a common payment method, but not common payment rates, low-paying insurers can create access problems for those they cover. All-payer price regulation can eliminate variation in payments, thereby improving access. All-payer rate setting has other potential benefits; for example, Maryland’s hospital rates included surcharges to support an “uncompensated care pool” for the uninsured and a public plan for residents with chronic health conditions [17].

Disadvantages. The potential disadvantages of an all-payer rate setting approach are similar to those of a single payment methodology. First, it presumes that payment method and rates can be developed that are better than the multiplicity of rates and methods in the current system. Second, the reduced administrative costs incurred by insurers and health systems are partially replaced by additional regulatory expenses, although they are smaller. Third, the uniform prices do not reward higher-quality care, a situation that can be rectified with pay for performance, transparent quality metrics, and other value-enhancing payment systems that can be more easily introduced when all insurers are on the same payment system. Finally, there is the possibility of what’s referred to in the economics literature as “regulatory capture,” which occurs when regulators, such as the Environmental Protection Agency, Food and Drug Administration, or Securities and Exchange Commission, focus less on protecting the public and more on protecting the commercial interests of the industry being regulated. This does not seem to have occurred in Maryland, however.

These models have numerous advantages and have worked relatively well in Maryland and in other countries. However, all-payer rate setting could be difficult to sell elsewhere in the US, inasmuch as many insurers, hospitals, and clinicians believe they live in Lake Wobegon and receive above-average rates that give them a competitive advantage. This makes them less willing to accept a regulated system that would eliminate this competitive advantage, which means that the US will continue to pay higher prices than other countries and will restrict access to health care for some Americans.

Why VIP Services Are Ethically Indefensible in Health Care 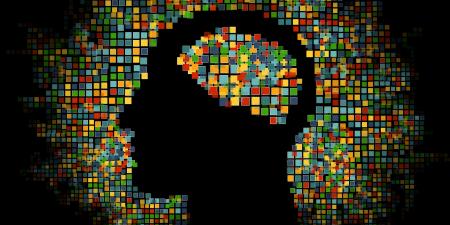