The 100-plus authors of “The Price of Drugs for Chronic Myeloid Leukemia (CML) is a Reflection of the Unsustainable Prices of Cancer Drugs: From the Perspective of a Large Group of CML Experts” [1] include a telling example of cancer drug pricing: imatinib (trade name Gleevec), a tyrosine kinase inhibitor (TKI) used to treat CML, was “initially priced at nearly $30,000 per year when it was released in 2001… Its price [was] $92,000 in 2012, despite the fact that (1) all research costs were accounted for in the original proposed price”—and therefore increases were not needed to recoup costs—“(2) new indications were developed and FDA approved”—meaning that many more potential consumers now exist than when the drug was first approved—and therefore “(3) the prevalence of the CML population continuing to take imatinib was dramatically increasing,” taking revenue upward with it [2].

Examples like this call into question the idea that the high prices of drugs, particularly cancer drugs, are necessary to recoup development costs and to provide a sufficient incentive to pharmaceutical companies to develop them.

How Are Drugs Priced?

The authors explain that, despite “the many complex factors involved, price often seems to follow a simple formula” [3]: a 10-20 percent increase over the price of the most recently released similar drug, citing a Novartis executive’s account of the development of imatinib [4].

Is this magnitude of increase required in order for drug companies to recoup the high cost of developing such drugs? The 100-plus authors put forth the generous estimate of $1 billion (pointing out that some experts think the real cost may be 10-40 percent lower) to cover “the cost of development of the new (successful) drug and all other drugs that failed during development, and ancillary expenses including the cost of conducting the clinical trials required for approval, bonuses, salaries, infrastructures, and advertising among others. In other words, once a company sells about a billion dollars-worth of a drug, most of the rest is profit” [3]. Thus the tripling of imatinib’s price over a decade was not needed for Novartis to cover the costs of developing it—according to the Novartis executive’s account, it was believed that the original price would allow those costs to be recouped within two years if market penetration were high enough. The authors also review prices for cancer drugs in different geographic areas and nations, finding a wide range, including an enormous gulf (a difference of roughly 100 percent) between the prices of TKIs in European countries with national health services and the United States. This, they argue, “supports the notion that drug prices reflect geopolitical and socioeconomic dynamics unrelated to the cost of drug development” [2].

The authors then respond to the argument that extant prices are, by definition, what the market will bear and that competition can be counted on to lower prices sufficiently, by questioning whether the US market for cancer drugs is really a “free” one, functioning as it should. Without pointing any fingers, the authors calmly explain that “a new branch of economics, called game theory, details how collusive behavior can tacitly maintain high prices over extended periods of time, despite competitive markets, thus representing a form of ‘collective monopoly’” [5]. Supporting the idea that prices in the US drug market may be distorted by such collusive behavior, the authors mention that “market competition may have worked well” in South Korea, where TKI prices are a mere 20-30 percent of US prices, “perhaps because of the approval by the Korean health authorities of radotinib (annual price $21,500), a locally discovered and developed TKI” [5]. All this would seem to indicate that, while some markets may be functioning optimally and, therefore, some prices are appropriate, ours in the US are not.

The authors identify three key moral concerns about TKI pricing: that it obstructs patients’ access to treatment for chronic myeloid leukemia; heavily burdens patients who can access it; and threatens the sustainability of our overall health care systems, potentially harming many other people.

Obstructing access. High prices can deter patients from gaining access to the drugs in the first place. The authors believe this may be occurring in the US, based on the higher estimated market penetration in Sweden, which has universal health coverage, than in the US, which does not. The higher prices in the US are partly encouraged by the patent system, which allows branded drugs a period of 20 years to be the only version of a given drug on the market before allowing entry of generic competitors, the presence of which often lowers the price [6]. Strategies for delaying the entry of generic competitors—including “pay for delay,” in which a company selling a brand-name drug pays its competitors to delay releasing generic versions, and “product hopping,” in which a company introduces new (and therefore patented) variants of a drug, thereby restarting the patent “clock”—often prolong these periods far past the designated endpoint. The expiration of the patent on Gleevec was initially pushed back from 2013 to January 2015 and now generic competition has been pushed back another seven months through a pay-for-delay agreement, which will delay the release of generic versions until February 2016 [7].

Burdening patients. As the authors put it, “grateful patients may have become the ‘financial victims’ of the treatment success, having to pay the high price annually to stay alive” [2]. This dependence is particularly acute with a highly effective drug for a condition like CML, which has effectively been transformed into a chronic condition requiring nonstop long-term treatment. The authors also subtly raise the question of whether, in countries without universal health coverage, like the US, the financial stresses of paying for extremely expensive long-term treatments may themselves have effects on health.

Creating unsustainability. Much has been written about the ballooning costs of the US health care system, which, the authors point out, have not yielded markedly better health outcomes for its populace. They identify two American beliefs as contributors to widespread reluctance to consider value in making treatment decisions: faith in the free market and discomfort with the idea of “putting a price” on a human life. Although individual physicians and medical organizations are moving toward considering a treatment’s value-for-cost—the Memorial Sloan Kettering Cancer Center recently made a public statement that it will not be prescribing the $11,000-a-month Zaltrap, a more expensive but, according to high-ranking physician staff members, no more effective alternative to Avastin [8]—the practice has not been embraced at the social or policymaking level. High prices and anticompetitive measures like pay-for-delay in cancer drugs, the authors say, are contributing to this unsustainable rate of health care spending.

The authors propose that the value we assign a drug “should be proportional to the benefit to patients in objective measures, such as survival prolongation, degree of tumor shrinkage, or improved quality of life [3]…. For CML, and for other cancers,…drug prices should reflect objective measures of benefit, but also should not exceed [amounts] that harm our patients and societies” [5].

They end with a “win-win” argument: “Lowering the prices of TKIs will improve treatment penetration, increase compliance and adherence to treatment, expand the population of patients with CML who live longer and continue on TKI therapy, and (paradoxically) increase revenues to pharmaceutical companies from sales of TKIs” [5].

The authors’ focus is practical, proposing meetings and actions for physicians and framing price reduction as beneficial to both patients and industry, but the question lurking beneath the surface is, as the authors themselves ask, “what determines a morally justifiable ‘just price’ for a cancer drug? A reasonable drug price should maintain healthy pharmaceutical company profits without being viewed as ‘profiteering’ (making profit by unethical methods, like raising commodity prices after natural disasters)” [2]. This raises the further question: how do we decide what constitutes profiteering, and who gets to have a say in that determination? Ultimately, these are not questions that can be solved without value judgments. While the authors’ invocation of a system in which pharmaceutical companies’ self-interest aligns neatly with patients’ is hopeful, a conflict may lie therein that can only be resolved in favor of one side or the other. It would appear that our current system favors the interests of the pharmaceutical companies.

Why Clinical Oncologists Should Talk about the Price of Cancer Drugs 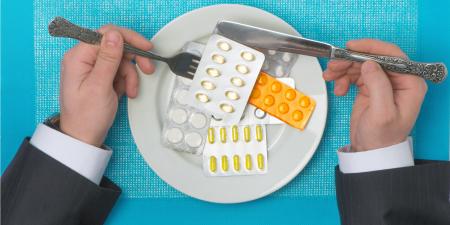