Some find debate on the moral acceptability of cosmetic surgery tedious, either because of that question’s tendency toward trite discourse or because of its perceived futility. Even so, one can hardly ignore the urgent ethical concerns looming in the periphery of that debate. When the discourse focuses on the connection between cosmetic surgery and the societal norms that support it, it raises important questions about the physicians’ role as moral gatekeepers and their relationship to society at large that are proving increasingly relevant for the newest generation of physicians.

One of the major ethical questions in cosmetic surgery is whether specialists bear any responsibility for promoting injurious standards of beauty. Maggie Little has called this “complicity with harmful conceptions of normality” [1]. In his article on enhancement, Erik Parens explains that the potential problem is that certain types of enhancements, such as cosmetic plastic surgery, might reinforce common conceptions of normality that are detrimental to society.

The notion of complicity is unusual within the field of medical ethics because it shifts the locus of bioethical inquiry from the doctor’s duty to the patient to the doctor’s duty to society as a whole, and from the effects of an inappropriate or botched treatment to those of a well-executed procedure.

Parens contrasts the ideas of Susan Bordo, who frames the patient as a victim of regrettable sociocultural and commercial forces that have made her seek surgery out of self-loathing, with the approach of Kathy Davis, who notes the important role of cosmetic surgery in relieving a patient’s suffering, regardless of what caused it [2]. The synthesis of these two views, for Parens, is Maggie Little’s suggestion that the cosmetic surgeon struggles with two sometimes opposing moral forces: first, to alleviate the suffering of the patient, irrespective of cause; second, to address potentially harmful, or “suspect,” norms that may have induced that suffering.

In Little’s definitive paper, suspect norms are those “whose content is steeped in injustice” [3]. For example, cosmetic surgery designed to make blacks appear white perpetuates a suspect norm because the social value accorded to whiteness, far from being arbitrary preference, is rooted in a historical system of ugly injustice. Little makes a similar argument for norms that perpetuate a “Barbie doll” image as the feminine ideal, since they reinforce a value system that has subjugated and objectified women’s bodies.

Complicity is the accusation that haunts the cosmetic surgeon even when debates over the acceptability of the surgery itself are bracketed. Little defines the term: “one is complicitous when one endorses, promotes, or unduly benefits from norms and practices that are morally suspect” (emphasis mine) [4]. Complicity arises when a physician’s actions are felt to contribute to or support an objectionable social practice, even without directly causing harm to the individual patient. (Another well-known instance of the complicity argument in medical ethics has been that of physician complicity in torture.) Little asserts that, even if the surgeon is purely interested in relieving suffering, he or she can be complicit in causing that suffering by perpetuating suspect norms if he or she agrees to operate; intention to harm is not a prerequisite for moral condemnation. The status generally accorded to the medical profession adds weight to any hint of implicit endorsement. Indeed, the mere fact that surgeries are performed in a health care setting can be seen as a blurring of aesthetic desires with therapeutic indications. Thus, it appears that cosmetic surgeons are hard pressed to escape complicity if they serve their suffering patients’ wishes. This conundrum demands a solution that allows surgeons to mitigate their troublesome relationship to suspect norms.

Little’s solution draws on the externalities of the patient-doctor relationship to derive a moral duty for the cosmetic surgeon. Chief among these externalities is how others in society will be affected by the decision to operate. She asks cosmetic surgeons to “locate the surgery in a broader context of naming and rejecting the evil norms” [5]. Partly, this involves practical steps such as bolstering the informed consent process to ensure that patients have an equitable view of all the options, including the no-surgery option, (which, incidentally, is something that professional medical standards already require, though in practice implementation may fall short of the ideal). But she goes much further.

Little’s ideal surgeon is one who “does not suggest or promote the suspect surgeries, who helps her patients explore other options, who speaks out against the pressures women face, but who occasionally uses her surgical skills in cases where there seems no other path out of true suffering” [6]. Little’s solution requires that surgeons campaign against the suspect norms that encourage some forms of cosmetic surgery.

Even if a norm of beauty is culturally determined, however, it does not necessarily follow that the norm is suspect. Therefore, Little’s argument does not apply to all cases of cosmetic surgery; some may be motivated by mere preference or by standards of beauty that are not particularly oppressive to others. The man who asks for an otoplasty to fix his awkwardly protruding ears may be reacting to social pressures, but not pressures that discriminate against a historically stigmatized group. In cosmetic nose surgery, where ethnic traits are often differentiated, it is harder to disentangle aesthetics from suspect norms.

The implications of these questions reach far beyond cosmetic surgery. Two are particularly salient for the generation of physicians now launching their careers: the role of a physician as moral gatekeeper and the nature of a physician’s responsibility to society.

Little suggests that a cosmetic surgeon’s duty to a particular patient’s welfare is part of a general duty to evaluate the ethics underlying the procedure under consideration. We are familiar with physicians acting as moral gatekeepers by being conscientious objectors to abortion, assisted reproduction for single mothers and homosexuals, or other practices with which their personal views do not concord. But there are reasons to imagine that, in practice, physicians may not care to engage in the type of unrealistic moral activism that Little proposes. Ultimately, the role of a moral gatekeeper is one that some physicians may be neither eager nor equipped to take on. To ask surgeons to maintain equipoise in treatment options for prospective cosmetic surgery patients is quite appropriate; indeed, such conduct is mandated by the professional standards of every medical society. But to seriously suggest that cosmetic surgeons publicly campaign against their own profession is effectively to encourage cognitive dissonance. It is possible to conceive of a middle ground where cosmetic surgeons could promote diversity and acceptance of a range of “normal appearance” [7] without turning away individual patients. But it seems unreasonable to insist that we ought to require such activism of practitioners who provide enhancement-oriented or cosmetic services.

Responsibilities of the Doctor-Society Relationship

The moral gatekeeper problem is a special case of the broader question regarding the scope of the doctor’s duty. Must physicians attend to the concerns of society as a whole as well as the needs of their patients?

Little’s proposal assumes that the surgeon has two duties to her patients: to alleviate individual suffering, and to engage suspect societal norms regarding appearance. A common justification for performing cosmetic procedures—even in extreme cases, such as sex reassignment or voluntary amputation—is that the relief of individual suffering is the predominant aim of the physician. Little argues, however, that countervailing moral obligations to society may in some cases outweigh individual needs addressed in the privacy of the clinic. In such cases, the doctor-patient relationship, so often viewed as sacrosanct, is subordinated to that between doctor and society.

This argument is not unlike others emerging in the health policy arena, wherein the behavior of physicians has come under increasing scrutiny. Little’s view of complicity categorizes a medical procedure as immoral if it alleviates an individual’s suffering at what Little deems a disproportionate cost to society. It is similar to the objection to using taxpayer dollars to pay for expensive chemotherapy with little life-extending capacity, and other variations on this theme. Today, confronting a tragedy of the commons due to the exploding costs of health care, we increasingly find pressure for physicians to serve as agents of social welfare by attenuating their behavior in clinical encounters to serve group, rather than individual, aims.

This pressure has coincided with the education of a new generation of physicians, whose mission is migrating toward awareness of global health, health policy, and the concerns of medical care at the population level. Anecdotally, the rising prevalence of MD/MBA, MD/MPH, and MD/MPP joint degree programs attests to the growing commitment to economic, social, and political matters among doctors in training, whereas previous generations of physicians were trained to regard the moral obligation to individual patients as medicine’s summum bonum.

Physicians retain a special role in society that carries unique moral responsibilities. Owing to his or her professional obligation, a cosmetic surgeon is unlike nonphysicians who provide mere consumer services. This explains, in part, why so much attention has been paid to the moral concerns surrounding the provision of cosmetic surgery.

Patients who seek these surgeries are themselves in a special position. In their paper on complicity in the arena of neuroenhancement, Ravelingien et al. propose a savvy counterpoint to Little’s location of responsibility; they point out that a faithful consideration of Kantian autonomy as a bioethical principle requires that patients share the burden of complicity with their doctors [8]. If anything, they argue, respect for persons and self-determination require us to reinforce joint patient-doctor responsibility for both decisions and consequences.

Complicity with suspect norms of appearance, as Maggie Little describes it, is among the most sophisticated objections raised to cosmetic surgery. It neither vilifies existing practices nor compels us to blame surgeons for practicing their art. Instead, Little proposes a solution that allows cosmetic surgeons to mitigate their complicity by fighting the suspect norms that drive some patients to their clinics. However unrealistic or incomplete, Little’s proposal should spur medical professionals to consider the larger implications of the complicity problem. Ought physicians to serve as moral gatekeepers? What is the extent of physicians’ responsibility to society at large versus that to individual patients? As the complicity question broadens to other forms of enhancement, and as a new generation of physicians emerges in a context where the doctor-society relationship is given more emphasis than before, these questions become ever more worthy of focus. 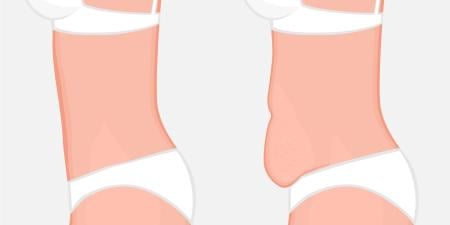