This was the second time Dr. Mike Ricardo had seen Mrs. Ashley Wills for a possible broken bone. A few months ago Mrs. Wills came in saying she had slipped that morning when she went out to get the mail. She had bruising on her arms and neck, and her left wrist was broken. When Dr. Ricardo asked Mrs. Wills how she had gotten the bruises on her neck from falling in the driveway, Mrs. Wills had looked down at the floor and shaken her head without responding. Dr. Ricardo found it difficult to believe that Mrs. Wills' husband, a well-respected attorney in town, would be physically violent to his wife, but that is where the signs were pointing. Now Mrs. Wills was back complaining that her ribs hurt when she breathed. One of the nurses stopped Dr. Ricardo in the staff room as he headed over to the exam room where Mrs. Wills' was waiting,

"Hey Mike, I was just in 3 with Ashley Wills. She's saying her ribs hurt when she breathes, and it looks like one might be fractured. She's got mean bruises on her cheek and her arm. She said that she fell when she was out jogging, but I don't believe her for a second. Can't you get her to report it?"

Intimate partner violence (IPV) has become a widely recognized public health concern in the past few decades as a result of ongoing research that indicates a high prevalence of IPV with severe health consequences. Competence by health care professionals in screening for violence in intimate relationships has increasingly become a standard of care. The case of Dr. Mike Ricardo and Mrs. Ashley Wills highlights the fact that practicing clinicians continue to have difficulty integrating this standard into their everyday practice, and many IPV survivors do not readily disclose abuse, even when asked [1-2].

Violence against women is widespread in the United States. The National Violence Against Women Survey found that over 50 percent of women reported a lifetime history of physical assault, while for 25 percent of women that violence was perpetrated by an intimate partner [3]. IPV, also known as domestic violence, includes physical, sexual, and psychological assault. Psychological and emotional abuse are the most prevalent; as many as 75 percent of all women will be subjected to psychological aggression by an intimate partner in their lifetime. Studies have also found that women in abusive relationships have higher utilization of health care services and will often access the health care system multiple times prior to abuse detection. Consequently, health care professionals are in a unique position to regularly encounter women who are survivors of violence [4].

The first step in clinical practice is to identify the presence of violence. Ideally, this should occur during routine screening, prior to an acute injury. In fact, identifying violence through disclosure is therapeutic in itself, inasmuch as it validates the presence of an intensely private matter and is a requisite step in the healing process. Identification of IPV begins with direct physician inquiry. This case demonstrates that, despite standards setting, only about 10 percent of physicians screen patients routinely, while 80 percent inquire in the presence of suspicious injury. This is important since most women will not volunteer their histories and will avoid presenting with dramatic or suspicious injuries [4].

Physicians cite lack of knowledge, skill, resources, and time as well as their beliefs or misconceptions and personal experiences as reasons for not screening their patients for IPV [5-6]. Physicians fear that identification of IPV among their patients is like opening "Pandora's Box," which translates into time-consuming, complex care that requires expertise or resources they do not possess. Studies have shown, however, that survivors find it useful and empowering when health care professionals offer them education and referral to community resources. A statement such as "you don't deserve this" may go a long way for a woman who has never been told such abusive behavior is not acceptable. Even in the absence of on-site resources, physicians can easily provide statewide hotline numbers and program information.

Dr. Ricardo's disbelief that Mr. Wills, a well-respected attorney, could be a perpetrator of violence is a common misconception. Like Dr. Ricardo, many physicians falsely believe that violence only occurs among poor women of color. Although research has identified characteristics most often associated with a perpetrator of IPV, it is critical for physicians to be aware that any person regardless of gender, race, or socioeconomic status, can be a perpetrator of violence [4]. A high index of suspicion is necessary for all patients, since all women are at risk. Hence, the American Medical Association recommends direct questioning of all patients for IPV routinely [7]. Although we do not know the prior visit history in this case, it seems that Dr. Ricardo did not follow these guidelines.

Even in response to direct inquiry, patients may choose not to disclose. Physicians with expertise in IPV admit to difficulty identifying the presence of abuse in all cases [5]. Shame, guilt, and fear of perpetrator retaliation are some reasons women choose not to disclose when asked. Another barrier identified by both survivors and their physicians is lack of patient trust in the health care professional [5,8]. Some or all of these factors may play a role in why Dr. Ricardo was unsuccessful in obtaining disclosure from Mrs. Wills.

One recent study of trust in the patient-physician relationship identified certain physician behaviors that facilitate trust and, thus, make disclosure more likely [9]. Many of these behaviors represent the essentials of a patient-centered approach in which the doctor and patient share power and responsibility through a therapeutic alliance. Survivors describe trusted physicians as those who engage in open communication where medical decision making is shared and allow them to maintain some control after suffering under the power and control of their perpetrator. An explicit explanation of the confidentiality of the patient-physician relationship directly facilitates trust, especially when the use of information has potential consequences for the patient, such as retribution from the abuser or involvement of child protective services. Survivors of IPV are more likely to trust physicians who are familiar with them through repeated encounters and who show concern through nonjudgmental and empowering statements or gestures. Similarly, physician persistence in repeated questioning while respecting the decision not to disclose conveys a sense of caring. And a physician who shares personal information facilitates trust by eliminating the inherent imbalance of knowledge and power in the patient-physician relationship.

As Dr. Ricardo prepares to enter the exam room with his patient, Mrs. Wills, he has a unique and powerful opportunity for intervention. His ongoing relationship with Mrs. Wills through repeated encounters already lends him credibility. The fact that Mrs. Wills chose to seek care in his office as opposed to in an emergency department provides some evidence of trust in her relationship with his office. If Dr. Ricardo can overcome his prior misconceptions and follow a patient-centered approach of direct questioning and explicit confidentiality, he may increase Mrs. Wills' trust and get closer to a disclosure of abuse. Even in the absence of a direct disclosure, Dr. Ricardo can provide education and referrals that Mrs. Wills may use in the future, or at the very least empower her to return once again to his office for further care and repeated questioning. 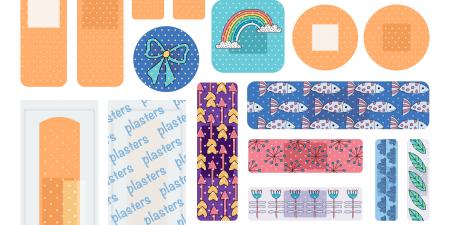 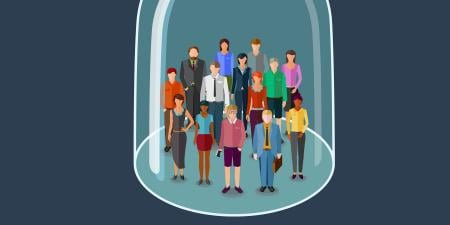 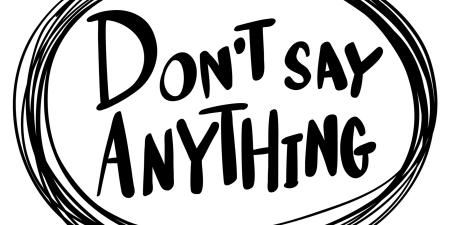