“Doctors help their patients make it through the ‘hell’ of disease and suffering,” offered a dark-haired student, her soft voice ending in an upward inflection, as if asking us if we agreed with her interpretation. In a light-filled room on the second floor of the Museum of Fine Arts, Boston, we sat together, a group of undergraduates led by a medical student and a resident, debating the meaning of a provocative passage in the Talmud that reads, “The best of doctors go to hell” [1]. We were engaged in this age-old ritual of interpretation as part of a workshop on the humanities and medicine, and I smiled thinking about the first time I had come across this strange phrase. I was then an idealistic undergraduate student, preparing to apply to medical school, seeking ways to connect my passion for learning medicine and caring for patients with my background in studying biblical and rabbinic texts. The troubling passage had grabbed my attention as unusual within Jewish texts and tradition, which overall reflect a very positive outlook on physicians and medicine.

The Talmud, a sprawling ancient collection of Jewish teachings, narrative, and law compiled over centuries, is replete with controversial passages that have been subject to generations of interpretation and commentaries. In fact, the very layout of a page of Talmud, in traditional typesettings of this 63-volume collection, conveys a type of conversation across generations of scholars and rabbis: the ancient text of the Mishna, dating from around the second century of the common era, sits in the center of the page, followed by later rabbinic commentary, and then surrounded by marginalia, font size growing ever smaller, added over the centuries, with modern editions continuing to ring the conversation. A delightful book by Jonathan Rosen, aptly titled The Talmud and the Internet, likens the hyperlinks on a webpage that take the reader to explore new windows and topics to the Talmud’s myriad rabbinic interpretations and digressions from the main topic that invite the reader to explore related ideas [2]. So when I came across this perplexing Talmudic line, “the best of doctors go to hell,” which actually appears in a passage about parents discouraging their children from certain undesirable career paths (apparently donkey drivers were considered particularly dishonorable by the ancient rabbis), I knew I could turn to the commentaries to find some ideas of how to interpret this phrase and what it might mean for physicians today.

My search to understand this cryptic statement took me through its long and rich history of interpretation. I drew on my graduate training in Jewish studies to decipher the Hebrew and Aramaic texts, and found myriad explanations of this line, most of which contained some type of ethical exhortation to physicians to uphold the highest moral standards in their work. Over the course of my residency training, I’ve had the opportunity to study and interpret this phrase in diverse settings and have been struck by the amazing conversations it can spark about what it means to be a “good doctor.”

During a session on ancient attitudes toward medicine at Harvard Medical School’s Cultivating Humanism symposium last spring, an experienced physician laughed ruefully about the “hell” of medical training that must be endured to become a full-fledged doctor, while another understood this line to criticize doctors who treat the disease but do not care for the patient as a suffering person. Indeed, some ancient and medieval commentaries take the “best of doctors” to be a sarcastic reference to physicians who lack sufficient humility, believing they know everything and failing to ask for help when they reach the limits of their knowledge. Others interpreted “the best of doctors go to hell” as an indictment of physicians who would not treat patients who could not pay, perhaps reflecting the realities of the interpreters’ time. Still others took a theological bent, describing physicians as arrogant, not respecting divine power sufficiently because they felt they could avoid illness in their own families by knowing how to practice hygiene and eat healthy foods or could even exert power over life or death.

Not all the ancient commentaries were critical of doctors, however. A medieval commentator who was also a physician, Nachmanides (also known as Ramban), used this passage to cite the dangers inherent in medical treatment in his day, writing that a treatment may help one patient but harm or kill another and that even the “best,” most well-intentioned doctor may harm a patient or commit an error. A fascinating essay by an Israeli physician, Dr. Benjamin Gesundheit, includes a modern reading imagining that doctors who spare their patients harsh but potentially helpful treatments could be consigned to hell for missing opportunities to save lives [3]. Taken out of its original context, this passage has also been used to teach about the importance of empathy, of the best of physicians going “through hell” alongside their patients as they suffer through illness.

As I finish my residency training and begin fellowship training in geriatric medicine, the Talmudic passage serves as a cautionary call from ancient times reminding physicians to engage in constant learning and demonstrate humility in the face of the enormous complexity of both the human body and of our patients at vulnerable moments in their lives. The text and its many interpretations aside, the format of the Talmud itself emphasizes this message: just as the words of these texts convey subtle layers of meaning and can be understood in multiple different ways, so too can our patients’ stories and symptoms. Studying ancient texts, and the humanities more generally, can help us sharpen our powers of interpretation and our sensitivity to nuance when it comes to caring for patients with complex conditions and hearing their personal narratives. Indeed, in both form and substance, “the best of doctors go to hell” offers timeless lessons on revisiting assumptions about what words mean, and about the importance of humility, curiosity, and empathy for our patients, as we undertake the challenges and reap the meaningful rewards of being physicians. 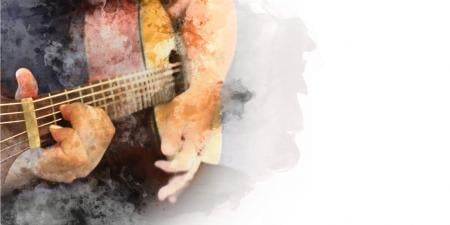 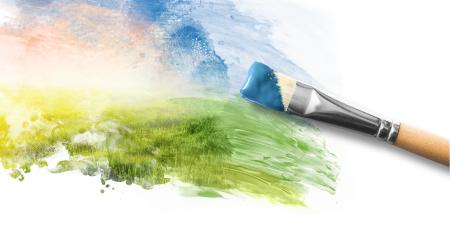