In introducing the October 2007 issue of Theoretical Medicine and Bioethics, physician and philosopher Lainie Friedman Ross posed the question, "Are newborns morally different than other children?" This query was prompted by ongoing conversation with neonatologist Bill Meadow and a presentation by Annie Janvier to the bioethics panel at the 2006 Society of Pediatric Research meeting. Ross explained that Meadow said he had asked parents in numerous informal polls what they would do if they had to choose between saving their 6-year-old child and their 6-hour-old child. Meadow said that, when forced to give an answer, parents would typically decide to save the 6-year-old.

Janvier reported on research that she conducted with Isabelle Leblanc and Keith Barrington that claimed to discover a similar bias. The physicians and students they surveyed were less willing to resuscitate a premature infant of 24 weeks' gestation than an older patient with a projected outcome that was similar or even worse than that of the premature infant. Her intellectual curiosity piqued, Ross dedicated an entire issue of Theoretical Medicine and Bioethics to the above question; the article reviewed here was one of the seven invited contributions [1].

Janvier has two major tasks in this paper. The first is to establish that a bias exists against extremely premature infants, specifically in the realm of resuscitation decisions, and the second is to explore the reasons for this proposed bias. Janvier begins with the results of a research project conducted at McGill University, the one presented at the above-mentioned 2006 SPR meeting. Two hypothetical patients from this project are discussed: a previously healthy 2-month-old baby, now with bacterial meningitis, and a 24-week gestational-age infant with respiratory distress syndrome. Why is it, Janvier asks, that initiation of intensive care treatment would be considered obligatory for the 2-month baby in the first case but optional for the premature infant in the second case despite the fact that the long-term prognosis is worse for the 2-month-old?

Later in the paper, Janvier relates a research exercise in which she asked subjects to rank eight hypothetical patients, answering the question, "In what order should the patients be resuscitated if they all needed intervention at the same time?" She found that, overall, a premature infant, with an equal or better long-term prognosis than the others was placed in the seventh position, just before a demented 80-year-old with new-onset stroke. Again she asks, why the apparent reluctance to provide the premature infants with intensive care? The conclusion she reaches is that the premature infant is being thought of as occupying a special moral category, and outcome data are being applied to decision-making processes in a manner that would not be acceptable in decision making for an older patient.

As evidence for this conclusion, Janvier points to the report of the 1983 President's Commission for the Study of Ethical Problems in Medicine and Biomedical and Behavioral Research that devoted a special section to newborns, separating this population from the larger discussion on issues of withholding or withdrawing life-sustaining treatments [2]. She claims that "such distinctions, though well intentioned, have reified the dichotomy that has isolated newborns from the rest of the population, kept them in a separate moral universe, and allowed decisions to be made upon a different basis than those made for any other age group" [3]. She also points toward clinical examples in which an infant may be treated more aggressively because he or she is the product of assisted reproduction techniques, the so-called "precious children," conceived after years of infertility, or less aggressively because his or her care might distract from the care of the older children at home. These decisions, Janvier argues, would not be allowed unless infants had been placed into some unique moral category that permits such factors, outside of the best interest of the patient, to be pertinent in these end-of-life decisions.

In further support of her "special category for newborns" conclusion, Janvier discusses the proposed use of age-based rationing of hospital resources—the idea that one can put an age restriction on the receipt of resuscitation or major surgery. She sees inconsistency in the fact that age is used in the adult population, but only as one of many factors to consider in decision making, yet many professional societies "explicitly use gestational age alone as a criterion for initiating or withholding resuscitation" [4]. If the projected outcomes are similar, or even better, for an extremely premature infant, she reasons, this inconsistency can only be due to the fact that "the relative value placed on the life of newborns, in particular the preterm, is less than expected by any objective medical data or any prevailing moral frameworks about the value of the individual lives" [5].

Exploring the Causes of Bias

After she has attempted to convince the reader that bias exists against premature infants, Janvier's second task is to put perinatologists, neonatologists, and ethicists "on the couch" for a session that explores the causes of this "systematic devaluation of the newborn" [6]. In attempting this second task, her paper goes awry. The problem with exploring the potential causes of bias against extremely premature infants is that there is still important work to be done to prove it exists in the first place. As her work stands, Janvier has appropriately expressed concern about apparent discrepancies she has observed in the treatment of premature infants, and she has stated a hypothesis as to why this exists, but in rushing to speculate about underlying influences on the care of premature infants, she has assumed her hypothesis to be true without subjecting it to any type of formal testing.

Janvier's original research revealed two main findings: a willingness in those surveyed to overrule their own personal feelings regarding the best interest for a premature infant in order to respect family wishes not to resuscitate [7], and a tendency, should such a hypothetical situation present itself, to triage a premature infant toward the back of the line during an emergency involving eight persons in need of intensive care at the same time. Other hypotheses can be offered as to the cause of these findings. For example, those surveyed may not feel competent to judge the best interest of a 24-week infant. Can one assess, for example, how a 3-month NICU stay, with its procedures, noise, handling, and associated morbidities weighs against the benefits of survival? A physician acquiescing to families who hold a conflicting view of whether resuscitation is in the best interest of their premature infant may not be devaluing the infant at all; instead, he or she may be recognizing the complexity found in applying the best-interest standard to an extremely premature infant. Regarding her findings on the order in which people would typically triage a neonate, does this represent bias or simply a doubting of one's clinical skills? It is possible that the subjects were simply intimidated by the idea of resuscitating a 700-gram newborn.

The articles that Janvier lists to support her claim of bias add little power to her argument. First, the article on precious children discusses the concept's supposed effect on the obstetric treatment of the mother, but gives no evidence for its influence in the resuscitation or treatment of premature infants [8]. Second, to claim that the use of gestational age as a criterion for resuscitation is similar to age-based rationing of health care is to misunderstand the concept. Gestational age is being used to describe an expected set of comorbidities found with a certain level of prematurity; it is like stating that a patient has Group B streptococcal meningitis or a certain type of cancer. The science of prognostication for the extremely low-birth-weight infant is hampered by relatively small numbers (less than 1/2 percent of all U.S. births fall into this category) and a history of progress in neonatal intensive care that makes prediction of survival a moving target. Gestational age is still helpful information for families and practitioners as they make difficult decisions for a critically ill infant.

Space permitting, this discussion could continue for several pages, offering alternative explanations for Janvier's research findings and observations. The important point to be recognized is that, without further investigation, these alternative hypotheses are potentially just as valid as Janvier's hypothesis of a pervasive bias against premature infants. It must be recognized that her research relates current attitudes and practices but does not yet truly investigate the reasons for her findings. It is critical to remember this when others claim that "recent research suggests that many people treat neonates as a special moral category" [9] and cite Janvier's work in support of that statement. While her work is valuable in pointing out potential inconsistencies in end-of-life decision making for premature infants, going beyond this limited claim represents improper extrapolation of her data. Janvier and her colleagues are left with the task of exploring what lies behind these observations and whether or not they truly represent a pervasive bias against premature infants. 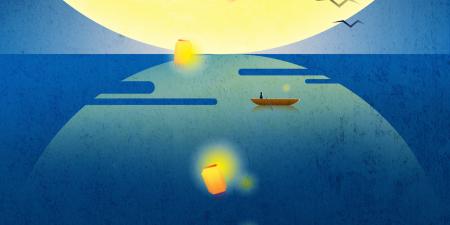 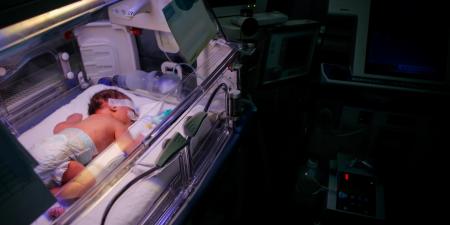 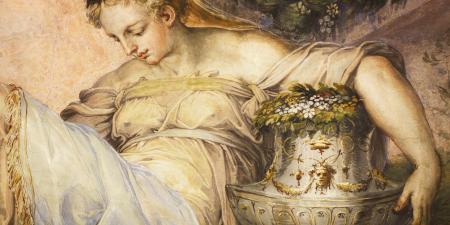