Although the chiropractic profession now occupies a largely mainstream place in the health care spectrum of the United States, this has not always been the case. From its formation in 1895 by founder Daniel David (D. D.) Palmer [1], the chiropractic profession faced a plan of containment and elimination by the American Medical Association (AMA) that continued for nearly a century. It took an antitrust lawsuit filed against the AMA in 1976 to reveal the magnitude and scope of the AMA’s plan. Despite generations of organized medical opposition, chiropractors did what most other groups of professionals failed to do: they maintained a separate and distinct identity from the practice of medicine while growing in an otherwise hostile environment created by the AMA and its component state associations [2].

During the 1800s, there were a variety of medical sects vying for market share in the United States. Homeopaths, eclectics, naturopaths, and osteopaths, as well as the so-called “regular” orthodox medical practitioners, all had a stake in shaping the dominant health care paradigm [2]. The medical practitioners organized the American Medical Association in 1847 with the primary goals of standardizing medical education and instituting a program of medical ethics [3]. By 1849, the AMA had taken on the role of investigating the various competing sects of medicine and challenging them on the basis of their ethics [3]. The AMA took the position that the other forms of medicine, including the newly discovered chiropractic profession, were unethical and “unscientific.” Many authors, however, have made the argument that the AMA’s intent was to decrease competition for financial reasons rather than to protect the public from unethical practitioners [4, 5].

Medical doctors from this fledgling group broadcast the message that their practice alone was scientifically based, despite the fact that their approach to medicine was no more scientific than that of the professions they were competing with [6]. This claim, however, was an important first step in marginalizing other professions as “unscientific” or “pseudoscientific” and allowed this sect of medicine to organize and professionalize quickly and eventually exert a massive influence on all aspects of health care policy in this country for generations [6]. Not coincidentally, the AMA’s efforts resulted in the transformation of American medicine from a modest, even menial profession into one of sovereignty, power, and financial affluence [5].

By convincing state legislators that their profession was scientific while all others were not, the AMA and its state member associations were able to gain protection in the form of endorsement for educational programs and laws that limited “irregular” practice. The system of schools and hospitals, as well as the legislation protecting them, led to a “golden age of doctoring” that lasted until the 1970s [2]. Orthodox or “allopathic” medicine enjoyed virtually complete dominance of the health care market in the United States. With the exception of chiropractors, competing professions shrank to nonexistence or were absorbed into the orthodox medical profession, as in the case of osteopaths [4].

From its inception, chiropractic was looked upon as a menace by medical authorities. Palmer’s first chiropractic patient was a partially deaf janitor named Harvey Lillard, whose hearing improved dramatically under Palmer’s care. Following his development of chiropractic, Palmer used both incredible claims of cures as well as an antimedical platform to advertise his practice. Neither endeared him to the medical authorities in Iowa or Illinois [7].

Palmer intended to keep chiropractic techniques a family secret, but a near-fatal railroad accident caused him to change his plans, and he established the first chiropractic school, now known as Palmer College of Chiropractic, in 1897 [1, 8]. A good number of Palmer’s early students were medical doctors or had been trained in other health care disciplines prior to learning chiropractic [9]. Palmer established a unique theory about the nature of disease and emphasized the role of the patient’s body and its innate healing ability, rather than doctors’ treatments, as the key to health.

Chiropractic’s first challenge as a profession was the licensure laws that protected medical practice. While there were provisions in some states for chiropractors to practice as “irregulars,” in most states chiropractors faced the possibility of arrest and imprisonment for “practicing medicine without a license.” The first known case of this occurred in 1905, when Wisconsin chiropractors E. J. Whipple and G. W. Johnson were convicted at the urging of A. U. Jorris, DO, the first osteopath to be elected to Wisconsin’s board of medical examiners [9, 10]. In fact, an early issue of the Journal of the American Osteopathic Association commended “Dr. A. U. Jorris in his fight against chiropractors” [11]. D. D. Palmer himself spent 23 days in Scott County jail for the same offense in Iowa in 1906 [8]. Recognizing the need for a protective organization of their own, chiropractic leaders founded the Universal Chiropractors’ Association in 1906, primarily to provide legal representation for chiropractors facing legal persecution.

In 1907, however, Wisconsin v. Morikubo found the first gap in organized medicine’s armor. Chiropractor Shegataro Morikubo was arrested for practicing osteopathy and medicine without a license. Indeed, there is ample evidence that Morikubo established his practice in LaCrosse, Wisconsin, specifically to test and challenge the precedent set in Whipple and Johnson’s case [10]. The trial ended in the legal establishment of chiropractic as a separate and distinct profession from medicine and osteopathy, largely on the basis of chiropractic’s unique philosophy [12].

Despite this legal precedent, at least 672 chiropractors throughout the country were arrested and jailed for the practice of “medicine” or chiropractic without a license over the next several decades, some many times [13, 14]. Records exposed during the discovery phase of the Chester C. A. Wilk et al. v. AMA et al. case showed that medical doctors were encouraged by the AMA to accuse chiropractors of ethical violations [15]. There was the additional problem that no state had established an official license for chiropractors, so in many cases chiropractors were harassed for practicing without a license that did not exist in the first place.

This changed in 1913, when Kansas became the first state to establish a separate chiropractic board and fully legalize the practice of chiropractic [16]. Other states quickly moved in the same direction. By the end of the 1920s, more than half of the states had legalized chiropractic. Louisiana was the last state to do so in 1974 [13]. Even the state chiropractic boards, however, were not safe from the pressures of the medical associations. State boards were routinely challenged and sometimes dissolved due to pressures on state legislators from the AMA and its state member associations [17]. All the while, the AMA waged an ongoing campaign against chiropractors, using the popular media, medical journals, and any other source that could be used to describe chiropractic as a “cult” [18].

Now that chiropractors could legally practice in most states, the AMA advocated adoption of “basic science” examinations that all doctors had to meet to qualify for a license. These exams were biased heavily toward those with standard medical training—since chiropractors received no training in medical procedures such as surgery and obstetrics. Chiropractors found it nearly impossible to pass the exams or gain licenses in states that adopted them. For example, Nebraska established a Basic Science Board and examination in 1927. From 1929 until 1950, not a single chiropractic license was granted in the state due to the inability of chiropractors to pass these unfair examinations [19]. The basic science examinations kept the number of chiropractors legally practicing in a state to a minimum. It was not uncommon for chiropractors to practice without licenses in states with such restrictions, creating additional opportunities for charges against them.

The AMA’s plan to undermine chiropractic became even more organized with the establishment of the Committee on Quackery in 1963. This AMA committee adopted a plan that was devised in 1962 by the Iowa Medical Society under the leadership of Robert B. Throckmorton. The so-called “Iowa Plan” outlined the “containment of the chiropractic profession” that “will result in the decline of chiropractic.” [15, 18] Action steps outlined in this plan included “encourage ethical complaints against doctors of chiropractic,” “encourage chiropractic disunity,” “oppose chiropractic inroads in health insurance,” and “oppose chiropractic inroads into hospitals,” among others [15, 18]. Joseph Sabatier, chairman of the Committee on Quackery, said that “rabid dogs and chiropractors fit into about the same category…. Chiropractors were nice but they killed people” [20].

The massive scope and methodical nature of this plan were exposed in hundreds of thousands of pages of AMA documents that were brought to light in the 1976 trial Chester C. A. Wilk et al. v. AMA et al, which started one year after the Committee on Quackery was disbanded [21]. AMA writers ghostwrote television and movie scripts, as well as Ann Landers’ widely read newspaper column and any other media outlet that could be used to tarnish the reputation of chiropractic in the public eye. The AMA even encouraged the distribution of antichiropractic materials to high school guidance counselors so they would dissuade interested students from pursuing careers in it [15, 18]. During the 11-year court battle that ensued, the AMA settled three lawsuits by relaxing its position on the referral of patients to chiropractors by medical doctors. In 1980, the AMA revised its Principles of Medical Ethics to reflect this new position, allowing medical doctors to be free to choose the patients they served, the environment they served in, and the other types of practitioners they associated with [22].

In 1987, United States District Judge Susan Getzendanner found the AMA and its codefendants guilty of violating the Sherman Antitrust Act. In her decision, Getzendanner asserted that “the AMA decided to contain and eliminate chiropractic as a profession” and that it was the AMA’s intent “to destroy a competitor” [22].

While it took some years for old habits to fade away, in the current era medical doctors and chiropractors openly refer to each other for diagnostic services, treatment, and co-management of cases, and chiropractors serve alongside medical practitioners in clinics and hospitals all over the country.

What Is the Relevance of Procedural Fairness to Making Determinations about Medical Evidence? 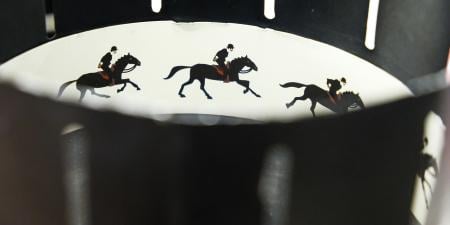 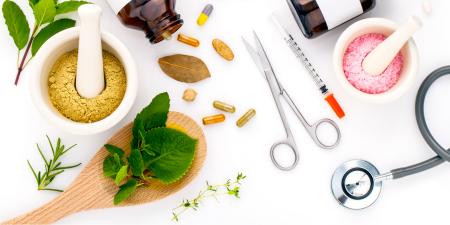 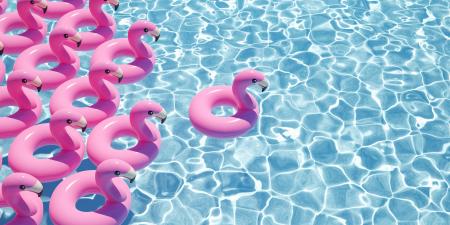