The Principles of Biomedical Ethics by Thomas Beauchamp and James Childress, arguably the foundational text of contemporary bioethics, was first published in 1979 at the close of a decade that witnessed the rise of the international patients’ rights movement [1]. In the United States, this movement placed, and continues to place, a particular emphasis on individual choice, in keeping with the dominant political ethos of our nation, which since its conception has privileged the enlightened, rational, and productive individual actor. Out of these ideas, the principle of respect for autonomy was born, and, since then, the influence of this single principle on the provision of health care and conduct of biomedical research has eclipsed that of the other principles: beneficence, nonmaleficence, and justice.

The reasons for this are more than just historical. Justice, while an important and admirable goal, is by definition relational, requiring equity between two or more equals. Because of this quality, it is of limited relevance in clinical encounters where the focus is on a single patient; it is only in aggregate that patient experiences can be considered through the lens of justice. Beneficence and nonmaleficence, the oldest and best-established obligations of the physician, suffer from the opposite problem, insofar as they can only be reliably defined by a single person for himself. What is good or bad, beneficial or harmful, is so profoundly subjective that any attempt to stand by these principles forces the question: who decides? The principle of autonomy has been our medical system’s attempt at providing an answer.

The autonomy principle reminds us that every individual person has values, reasons, and standards of his or her own, as well as an interest in self-determination. It tells us that medicine must be practiced so that an individual’s self-determination is protected, and he or she is empowered to make medical decisions according to those personal values, reasons, and standards. Usually, this requirement is couched in terms of individuals’ autonomy rights, echoing the more overtly political discourse of patients’ rights. In theory, this right to autonomy would be universal, but philosophers are fond of saying, “ought implies can,” and some are incapable of exercising their autonomy due to either temporary or permanent decisional incapacity. Absent the ability to articulate a reasoned choice, we do not recognize a patient as having autonomy.

It is with this point that the August 2009 issue of Virtual Mentor begins, with the case of a patient whose advance directive is being contested by his family. In his commentary, Ryan E. Lawrence describes how we use surrogates as patient alternates when the patient is unable to exercise autonomy, offering a critique of the interpretive openness of advance directives. Interestingly, Lawrence explains the purpose of advance directives as “respecting patient wishes and preserving autonomy,” treating these two goals as synonymous. Daniel J. Brauner begins by suggesting that the patient be included in discussions of his medical care, regardless of whether he is capable of decision making, as a measure of respect for him as a person. Ultimately, Brauner recommends a time-limited trial of the therapy desired by the patient’s surrogate decision makers, which he describes as a “palatable choice” for patients and their families. There are certainly good medical reasons for imposing a time limit on patient care. If the surrogates disagree with the limited trial, however, the physician essentially exercises a veto power over their autonomous decision making.

The second case calls attention to the degree to which the definition and importance of autonomy are culturally contingent. As I have noted, autonomy in American bioethics is rooted in Enlightenment philosophy and political theory, which are the products of a specific historical and geographic milieu. Is it appropriate to impose our ideas about autonomy on individuals who do not share our geographic origins or identify with our history? In her commentary about a Muslim man who comes to the United States for treatment, Malika Haque points out the variety of prevalent ideas about religion and gender in different Muslim nations and among individuals. Interestingly, even as she argues that physicians ought to respect their patients’ religious beliefs and seek expert assistance in order to accommodate their values, Haque’s conclusion advances an interpretation of Islam and women’s medical decision making that is at once authentic and yet very different from the patient’s sons’ in the case she is discussing—and presumably from the patient’s also. Similarly, Hafzah Mueenuddin suggests that common ground between the patient’s family and his physician might be found in their shared commitments to the good of the community and to the preservation of communal resources, even though the communities to which these actors are committed are, in fact, very different.

The clinical pearl by Megan Alcauskas complements this clinical case by explaining that an important role for the neurosurgeon who is treating someone in a coma is to offer the patient’s family the best available prognostic information as a basis for their decision making.

The third case touches upon a classic controversy in pediatrics—should older adolescent patients be empowered to make autonomous medical decisions? John Hutter’s commentary reveals how physicians are bound by both law and tradition not to grant full consent power to patients who, made vulnerable by both youth and disease, have a particular need for the protection that is the promise and purpose of the autonomy principle. In contrast with Hutter’s pragmatic conservatism, James L. Klosky’s commentary invites us to deviate from established practice, stating that all oncologists have a responsibility to discuss infertility risk with patients—including adolescents—during their reproductive years. He offers advice on how to empower adolescent patients to make their own medical decisions but suggests that helping the patient’s parents communicate with their son may be the best approach.

In the on call section, medical student Patrick C. Beeman describes a case in which a patient with an iatrogenic hematoma subsequent to a cardiac catheterization procedure wishes to remain hospitalized longer than his physicians deem necessary. We discover that, in this case of “dueling autonomies,” the patient remained hospitalized for 14 days.

The particular irony of most approaches to respecting patient autonomy is made clear by Denise M. Dudzinski in her discussion of The Diving Bell and the Butterfly, which she uses in her role as a bioethics educator to teach medical residents about the principle of autonomy. Dudzinski explains that it is through vulnerability, by recognizing, accepting, and incorporating human frailty and incapacity into our clinical care, that we come to a true understanding of what autonomy means. The locked-in experience of author Jean-Dominique Bauby suggests that in practice autonomy is not something that one automatically has, but rather something that we give to each other through respectful personal interaction. This radical idea poses a stark contrast to traditional thinking about autonomy, which considers it a right inherent in the human condition, even though it is not possessed by all humanity.

In their policy forum article describing the relationship of autonomy to exception from informed consent (EFIC) research, Catriona Macardle and Rachel Stanley reach a conclusion that is similar to Dudzinski’s, arguing that the subjects of EFIC research do not have any substantive autonomy to lose, not because of youth or lack of decision-making capacity, but rather due to the emergency room environment and its inability to accommodate the social interplay that true autonomy requires. Macardle and Stanley note that the lack of informed consent in EFIC human subject research has been maligned by some as a controversial violation of individual autonomy. Sigurdur Kristinsson follows with a thoughtful analysis of the Belmont Report, explaining that its emphasis on informed consent to respect patient self-determination fails to protect human research subjects. Only a deeper understanding of autonomy—the patient’s and the researcher’s—achieves that protection.

The health law article by Kristen E. Schleiter recounts cases that have delineated the limits of autonomy over one’s body. Schleiter explains how, in each legal decision, the social good represented by research won out over the individual’s claim to sovereignty over detached parts of his or her body. Thus, we see again how, in practice, autonomy is less a right that inheres in one’s person than a product of what one is granted through social interaction—in this case the interactions of the court. It is because of this invented quality of autonomy, which ultimately seems built less on principle than on people, that the interactive medical teaching tool described by David Segal holds such promise as a way of understanding the complexity of autonomy in practice.

In his compelling and controversial medicine and society piece, Andrew Fagan goes beyond Schleiter’s argument to suggest that autonomy has psychological, as well as somatic and cognitive limitations. He maintains that, along with the ability to articulate one’s reasoned opinion, the ability to choose freely among available options is an essential part of what it means to be an autonomous medical decision maker and that this ability is far more rare than is commonly assumed. Focusing on the religious and moral beliefs that are foundational to the communal, familial, and educational structures in which we are raised, Fagan suggests that these structures so limit our freedom to choose among values as to make the practice of autonomy impossible.

Regardless of whether we have the freedom to choose our most fundamental beliefs or whether we are doomed to play out the game of life with the cards that we are dealt, we do decide whether, when, and how to play. Ultimately, the articles in this issue invite us to think, act, and choose in ways that are respectful of the needs, feelings, and even the unfree beliefs of others. Perhaps it is by emphasizing this choice, rather than any problematic autonomy right, that we will find our best way forward. 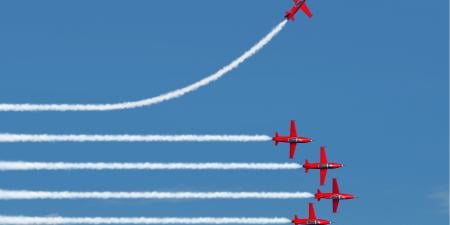 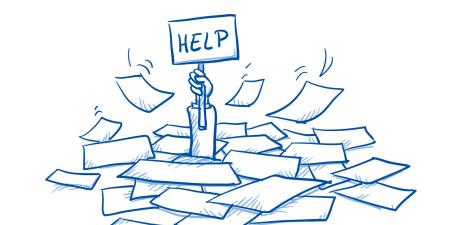 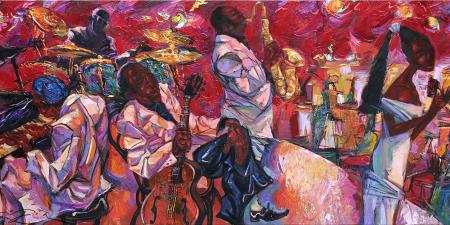