Dr. Carl, a respected and accomplished critical care physician whose research is federally funded, responded with a non-governmental medical relief group, accompanied by a group of residents and fellows. Dr. Carl was selected to treat patients and direct an ICU erected on-site on the basis of expertise with ALI and previous disaster relief efforts.

Dr. Carl had pioneered a novel but still experimental approach for treating ILI using nebulized N-acetylcysteine and nebulized heparin (NAC-Hep). A major limitation to prior research was the small sample sizes of the studies, owing to the small number of ILI patients in the general population. These prior studies suggested that the NAC-Hep may decrease mortality and duration of mechanical ventilation.

Amidst the controlled chaos of the mobile ICU, Dr. Carl instituted NAC-Hep treatment in addition to standard ILI treatment in some, but not all, ILI patients. The fellows were instructed to keep more detailed records on the ILI patients than on other patients. A fellow with whom Dr. Carl had a good rapport expressed discomfort with participating in research that had not been approved by an investigational review board (IRB) and in which patients and patient surrogates had not given informed consent.

Dr. Carl professed not to know of any laws prohibiting conducting research under such circumstances and asserted that, by shortening ventilation times, their team might be able to treat and save more patients, and, moreover, the results of this project might have far-reaching implications for the treatment of ILI patients, possibly saving many more lives. Despite feeling morally conflicted, the fellow continued to treat patients as directed by Dr. Carl but questioned the ethics of this course of action and feared potential repercussions for involvement in the study.

This case raises several important ethical questions. First, is it permissible to conduct experimental research on humans during a humanitarian crisis without IRB review? For both ethical and regulatory reasons, Dr. Carl’s research should not be conducted without IRB approval. Although the situation created by this disaster seems to present a valuable opportunity for efficient study of a rare disease, it cannot come at the expense of the rights of potentially vulnerable subjects.

From an ethical perspective, research endeavors should be governed by the principles of respect for persons, beneficence, and justice [1]. IRB review provides a transparent, consistent way of ensuring these protections. These formal review processes also maintain public trust in human subjects research, which is crucial to its ongoing feasibility. Historically, unethical research practices have undermined the public trust on which the research enterprise is based [2-4].

From a regulatory perspective, the Common Rule requires all research conducted by institutions that receive federal funding (i.e. the majority of U.S. health care facilities) to undergo IRB review except in a limited set of carefully defined circumstances, such as research carried out on existing collections of data, research on educational strategies, and observation of public behavior, among others [5]. The research in the case presented clearly does not qualify for any of these exemptions.

A humanitarian crisis does not allow for the suspension of the ethical foundations governing human subjects research. A disaster such as an earthquake has the potential to leave overwhelming numbers of people homeless and financially devastated—the very definition of a vulnerable group. Federal regulations outline more—not fewer—research protections for such vulnerable populations [5]. The vulnerable status of the proposed subjects makes IRB review even more critical.

For example, research using data in a national disease registry which records de-identified patient information and offers subjects the opportunity to opt out qualifies for such a waiver [6]. The research in question does not meet these criteria because the administration of an experimental therapy almost certainly poses more than minimal risk to the subject, and it is unclear that it would be feasible to provide additional information to subjects after the trial given the chaos of the crisis. Importantly, even if the research in question were to meet criteria for a waiver, this determination must be made by an IRB, not the researcher.

A second situation in which research may be conducted without obtaining prior consent is “emergency research.” As with other exceptions to IRB review and informed consent requirements, the definition of emergency research is explicit and narrow. In order to qualify for a waiver of consent for emergency research, the researcher must demonstrate that:

Among the most frequently cited examples of emergency research are those involving cardiopulmonary resuscitation, in which therapy must be instituted immediately following a cardiac arrest in order to be effective, the patient is unable to give consent, and surrogates are often unavailable or unable to give meaningful consent [7]. The research in question does not meet these criteria. There has been no demonstration that the proposed participants are the only population that could reasonably participate—in fact, the case scenario suggests that other patient groups are able to participate and actually have participated; the potential participants (i.e., the disaster victims) have not been involved in, or even aware of, the research; and there is no evidence that due diligence is being exercised in seeking consent from proxies.

The question then remains: What should the fellows who are working with Dr. Carl do? Conducting the research described without IRB review is unethical and constitutes a “serious deviation from accepted research practice” [2]. If the fellows question the ethics of the research and these questions persist after their conversation with Dr. Carl, they should inform Dr. Carl’s superiors of their concerns. This type of reporting is an important part of research accountability, but can be challenging for those who, like the fellows in this case, are in positions of lesser power than those they would report. Reports of whistleblower harassment abound, and, with them, calls for improvements in whistleblower protections [8-12]. Given this reality, an alternative available at many institutions is confidential reporting to an ombudsman or the IRB. In either case, a confidential conversation with a more senior third party within the academic community can provide the fellows both with an advocate to assist in voicing their concerns and protection from possible retribution.

The fellows must also consider whether it is appropriate to treat the disaster victims with the experimental drug outside the context of a research protocol. This question highlights a key distinction between the ethics of the physician-patient relationship and those of the investigator-subject relationship. Physicians have a fiduciary duty to act for the good of their patients (with latitude to recommend treatments to patients based on their clinical judgment, as long as the treatment is within a reasonable standard of care and can be considered to be in the patient’s best interest), but research occurs outside the context of a beneficence-based relationship, even when the investigator is a physician. The goal of research is the acquisition of generalizable knowledge and, for most research, there is not a clear expectation of benefit for the patient.

Valuable opportunities to advance scientific knowledge and improve the human condition do arise during humanitarian crises. Although the situation described does not justify setting aside foundational human subjects protections, it is possible that—with some creativity—the research could be conducted in a way that appropriately protects vulnerable subjects. One possible way to accomplish this is accelerated IRB review. IRB reviews often take weeks to months. For time-sensitive research during a humanitarian crisis, such delays can be prohibitive. In addressing research needs surrounding the H1N1 pandemic, Cook et al. cite the importance of developing procedural mechanisms to respond to the constraints raised by public health emergencies [13]. They recommend both emergency expedited IRB review for single-center H1N1 studies and a central IRB review process (e.g. regional, provincial, state or national) for multicenter H1N1 studies. Similar processes could be effectively adapted to disaster situations such as this one, allowing researchers to address both the requirement of patient autonomy and the need for expediency in crises. 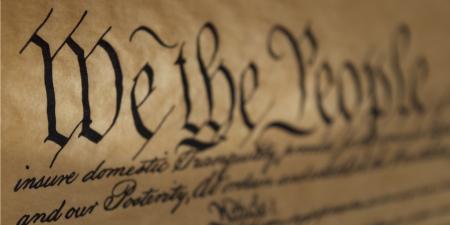 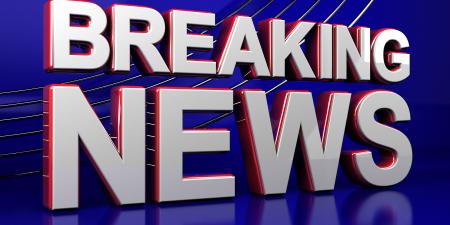