Savulescu’s 2006 article in the British Medical Journal takes up perennially unfinished work on the nature and place of conscience, carried out against the background of contested laws shaped by states and their institutions as well as peoples and their professions. His writing on conscientious objection essentially returns to and intervenes in an extended conversation made possible by continued shifts in relations between individual citizens and loci of authority; shifts that characterized the mid-to-late decades of the twentieth century, when debates about war, civil rights, reproduction, and capital punishment made objection a vital mode of participation and engendered fields of practice and scholarship organized around the mission to decentralize decision making [1, 2].

Yet if a central preoccupation of contemporary bioethics has been to increase the say of patients in medical decisions, the field has also taken up the voices of physicians concerned about the substitution of patients’ values for their own, particularly when that substitution entails a repeated insistence that they provide services their professional and personal ethics have taught them not to offer. From the late twentieth century on, conscience has increasingly been seen as a way to reclaim space for physicians, as a possible opt-out—or at least a pause—in bioethics’ emplotment of ethical progress as the empowerment of patients and their families. In a historical irony, conscientious objectors in medicine have been figures of authority.

Savulescu opens the article with a line from Shakespeare’s Richard III, when the king-protagonist declares conscience to be “but a word cowards use, devised as first to keep the strong in awe” [3]. Opening his BMJ article with this line seems like a rhetorical move, an overstatement intended to draw attention to a less extreme main argument to come. But Savulescu uses Shakespeare to emphasize instances in which the evocation of conscience may be mere pretext for the avoidance of duty. Objecting to true duties, he argues, should be wrong and immoral and doing so in the case of grave duties ought to be illegal. The examples mentioned do and do not range widely. They include patient requests that painful or futile treatments be withheld or withdrawn, but also the termination of pregnancy, the provision of emergency contraception for victims of rape, advice on alternative modes of fertilization for single women or same-sex couples, and the employment of therapies developed with the use of fetal tissue or embryonic stem cells.

The majority of these examples come from the contested field of reproductive rights and medicine, to which proponents of universal access often refer when ascertaining physician and state commitment to providing ethically examined care [4-7]. And that citational practice is central to Savulescu’s handling of representative cases as he makes his remarkably strong argument that a doctor’s conscience should have little space in modern medicine [8]. What should stand in its place is consensus about the just distribution of medical resources to meet patients’ needs—a consensus arrived at only via the law, medical practice, public health economics, and informed reflection. The conclusion seems as natural as it is resolute. “If people are not prepared,” Savulescu insists, “to offer legally permitted, efficient, and beneficial care to a patient because it conflicts with their values, they should not be doctors” [9].

The exceptions Savulescu allows to this stance are limited. Only when there are sufficient numbers of physicians willing and able to provide the care in question can objection be conscientious in both intent and effect—and only, too, when referrals actually mitigate harm to the patient. Furthermore, an efficacious review system should be in place to adjudicate cases in which physicians who compromise delivery of medical services on conscience grounds. Then, and only then, may society begin to recognize, even foster, the rights of would-be objectors.

The exceptions are developed by Savulescu in good faith, but there is also a sense that these exceptions remain hypotheticals, each requiring substantial societal effort to become uniformly real. And they are essentially pragmatic concessions. More substantive conceptual weight is reserved for efforts to reduce inefficiencies, inconsistencies, and inequities that Savulescu suggests would be both unjustifiable and natural byproducts of physician’s selective refusals—for example, the imagined inconsistency of patient referral among obstetricians in the setting of persistent discrepancies between their belief that abortion at 13 weeks be provided for career reasons and their willingness to facilitate it [10].

The rights of objectors are thus opposed to a more robust sense of justice, and what becomes clearer as the article progresses is the extent to which distributive justice serves as a guiding concept for Savulescu, a principled emphasis that does not allow religion to retain its special status as justification. “Other values,” he continues, “can be as closely held and as central to conceptions of the good life as religious values”—other values have been individually, personally, and carefully developed, without the cultural and social purchase of organized religion [8]. To treat as special, to understand as a singularly worthy basis for objection, a set of Christian precepts—about doing good, taking life, or inflicting moral harm to self and others—would in essence be to ”discriminate unfairly against the secular” [8].

Objection as Debate over Conscience or Values

Yet in the United States “religious exception”—as principle, practice, and catchphrase— has been singularly successful in sustaining objection as an option for clinicians. The responses to Savulescu’s BMJ article have centered largely on that very point, despite his attempt to obviate the need to do so, and the ensuing debate is perhaps most effectively taken up by Farr Curlin and Ryan Lawrence [14]. In a 2007 American Journal of Bioethics article, for instance, they reaffirmed through a set of studies the unsurprising finding that disagreements about physician obligations—even to educate and refer—are overwhelmingly expressed along religious lines [15]. Yet, for Curlin and Lawrence, the findings point not to irreconcilable differences, but to often unspoken and unexamined differences in the definition of conscience, differences that are certainly theological and philosophical but also of practical import when they inform policy and impede its success.

Curlin and Lawrence therefore argue for attention to what is being left unsaid where consensus could be generated: on the information consciences should convey, on the ways consciences should be informed, and on the understood consequences of not following one’s conscience [16]. Building this consensus, they argue, or discussing its possibilities, should be a precondition to making policy, and it should certainly be part of the work of experts in fields like bioethics, who regularly profess a certain facility at balancing theory and practice. Curlin and Lawrence thus recommend a process shift in future reform of professional and institutional ethics—that it have as a focal point discussions about the nature of conscience in medicine, and not just its place or function [17].

As is typical of these kinds of exchanges, Savulescu’s response to Curlin and Lawrence produces a number of important clarifications. First, he foregrounds his own earlier writing, in which he had previously delineated the duties of an objector to teach patients about the care he or she would not provide [18, 19]. These articles defined a set of theoretical principles for reaching the balance physician and patient must achieve in shared decision making [20]. Savulescu’s return to such writing doubles as a subtle rejoinder to Curlin and Lawrence, a move that by implication diminishes the new centrality of policy conversations in ethics, to make room, once again, for the kind of dialogue needed at the moment of practice and referral.

This rejoinder forms the basis for a second clarification when, as a corrective to Curlin and Lawrence, Savulescu suggests that impasses on conscientious objection arise not from a reluctance to discuss differences in the nature of conscience, but from an impoverished means of discussing patient and physician values [21]. What he offers here is more than a mere substitution of advanced policy conversations with sensitive dialogue between patient and objecting physician. He also proposes a renaming of the object for discussion—from conscience to values—a move that may be relativizing, but one that nonetheless crystallizes for us an alternative locus of reform [22].

And here we come to a third point of clarification, possibly an outright shift or self-correction. In the portrait of medicine and public health Savulescu currently advances, it is no longer an edict that a doctor’s conscience (renamed “values”) should have little place in modern medicine. Rather, its place should be openly declared and discussed. The exception, then, for conscientious objection—the way it may gain rigorous and sustained ethical import—is in making unexceptional full dialogue among physicians, patients, and families about the reasons for not providing care and for not carrying out a duty that others in the medical profession reasonably expect and are willing to do. To describe this kind of dialogue as both delicate and difficult would be a clear understatement. But it has for several scholars and practitioners been an important statement to make, a way of clearing space for contributions from nonclinical and nonscientific ways of attending to facets of human existence—from the humanities in particular, its literature and methods that have over the past several decades coalesced into a subfield of dialogic ethics, whose insights should prove important for future work by Savulescu, Curlin, Lawrence and others concerned with developing an ethical means of handling objection [23]. 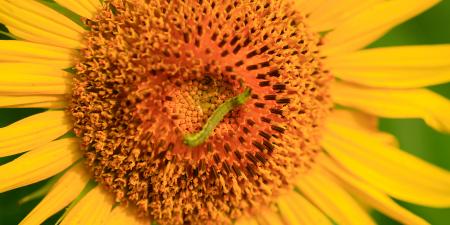 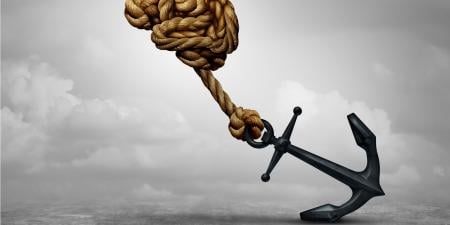