Regulation of imported drugs and active pharmaceutical ingredients is a difficult task in the current global climate. The pharmaceutical industry is dispersed and decentralized, with source materials and production sites sometimes oceans apart [1]. According to the U.S. Food and Drug Administration (FDA) Commissioner Dr. Andrew von Eschenbach, “globalization, increased product complexity, and other market developments are placing a tremendous strain on [the FDA’s] import system” [1]. To keep up with this dispersed industry, the FDA is scaling up its regulation of foreign-manufactured drugs and inspection of foreign-manufacturing facilities to match its strict regulation of domestic production and facilities. Courts have consistently enforced the Food, Drug and Cosmetic Act (FD&C Act) when individuals and companies have attempted to circumvent its strict prohibition on importation of drugs manufactured for foreign markets.

According to its mission statement, the FDA is responsible for “protecting public health by assuring the safety, efficacy, and security of human and veterinary drugs, biological products, medical devices, the U.S. food and drug supply, cosmetics and products that emit radiation, whether they are manufactured in foreign or domestic establishments” [2, 3].

Overall, the FDA regulates more than $2 trillion worth of consumer goods, which is no small task [2]. The FDA is keenly aware that it cannot provide adequate assurance that drug products delivered to U.S. consumers from foreign countries are the same as those the FDA has approved through its rigorous safety and efficacy review process [4, 5]. Many drugs obtained from foreign sources that are represented as FDA-approved prescription drugs are of unknown origin and quality, and thus present a significant health risk to the American public [4, 5]. An FDA study of imported mail-order drugs illustrates certain risks posed by the illegal importation of prescription drugs, including counterfeit drugs, so-called “foreign versions” of FDA-approved drugs, improperly labeled drugs, drugs that failed to meet special storage conditions, and drugs that require physician monitoring [4, 6]. For these reasons, under the FD&C Act, it is illegal to import prescription drugs, regardless of the cost savings through importation [4].

Any entity that imports drugs into the United States must ensure that the drugs meet certain quality and labeling requirements imposed by the FD&C Act, which is the FDA’s means for maintaining a “closed” distribution system for imported drug products [2, 6]. All new drugs must be FDA-approved as safe and effective for their intended use [2, 6]. FDA approval is specific to the manufacturer, product, and manufacturing site, and includes many requirements relating to the product, such as formulation, source, and specifications of active ingredients, manufacturing controls, packaging location, labeling, and appearance [2, 4, 6]. Drug manufacturers must also meet the FDA’s requirements for good manufacturing practice [2, 6]. It is the FDA’s opinion that, due to these strict requirements, virtually all importation of drugs into the United States by or for individual consumers violates the FD&C Act.

There are exceptions to the FD&C Act’s strict importation rules, however. First, U.S. manufacturers are allowed to import prescription drugs back into the United States that the company (but not others) originally manufactured in the United States and exported [4, 5, 7]. Second, the FDA’s “personal importation” policy allows consumers and their physicians to import small quantities of prescription drugs sold abroad for treatment of a serious condition for which effective treatment is not available domestically [5]. The policy applies to drugs that do not present an unreasonable risk of harm and for which there is no known commercialization and promotion to persons residing in the United States [5]. Examples of situations that meet these qualifications are difficult to find.

Foreign inspections pose unique challenges to the FDA. Since the FDA relies on volunteer staff to conduct foreign inspections, it has had difficulty recruiting investigators for travel (even with a $100-a-week bonus). The FDA must announce in advance its intentions to inspect a foreign facility [3], a step that is not part of domestic inspection procedure. Besides not being able to drop in unannounced, the need to stick to an itinerary that often entails many inspections in a given country translates to less flexibility when problems are encountered in a foreign facility [3]. Finally, language barriers can make foreign inspections difficult [3]. Inspectors may have to rely on an English-speaking representative of the foreign manufacturer rather than on a translator [3]. In some cases, the FDA does not have the authority to demand that foreign establishments allow the agency to inspect their facilities, though it always has the authority to inspect products imported from that facility or prevent their entry at the U.S. border [3].

Border protection and screening. The FDA relies on the U.S. border as an integrated checkpoint to verify that imported products comply with U.S. health and safety requirements [1]. An estimated 80 percent of active ingredients used to make drugs sold in the United States are imported [8]. Of those finished drugs, approximately 40 percent are manufactured abroad [8]. The United States imports products from more than 150 countries, with India and China accounting for more than half of these imports [2, 9]. The FDA screens all active pharmaceutical ingredients and drug products coming into the United States to determine whether the product is FDA-approved or being delivered to a manufacturing plant that has FDA approval for the drug formulation [6]. The FDA also requires U.S. drug manufacturers to ensure the safety of foreign-manufactured ingredients used for the manufacturers’ finished doses by testing ingredients before using them in their drug products [6].

U.S. legislators have taken note of the FDA’s troubles in regulating foreign-manufactured drugs and active pharmaceutical ingredients. There have been several attempts at legislation to strengthen the FDA’s ability to regulate overseas [10]. In April 2009, Senators Edward Kennedy and Charles Grassley introduced the Drug and Device Accountability Act of 2009 that would amend the FD&C Act by giving the FDA more resources to inspect domestic and foreign-made prescription drugs and devices [11, 12]. It would also expand the FDA’s authority—through new subpoena powers, for example—to ensure the safety of foreign and domestically made drugs and medical devices [12]. In addition to this and similar proposed legislation, court cases have generally upheld the FDA’s strict regulation on foreign-manufactured drugs. Two examples follow.

In Vermont v. Leavitt, the state of Vermont brought an action against the secretary of the U.S. Department of Health and Human Services, challenging the FDA’s denial of Vermont’s request to establish a program for individual importation of prescription medications from Canada. The district court held that the proposed program would violate the FD&C Act and was not authorized by the Medicare Prescription Drug Improvement and Modernization Act.

On average, brand-name drug prices are approximately 70 percent higher in the United States than elsewhere [13]. U.S. consumers would have saved an estimated $59.7 billion during 2004 had they purchased all brand-name drugs at Canadian prices [13]. For instance, in Beebe Plains, Vermont, there is a street, “appropriately named Canusa Avenue,” that runs along the U.S.-Canada border [13]. The difference in what residents of opposite sides of the street pay for the same prescription drugs is considerable. Residents of the northern side of the avenue can purchase a 90-day supply of Lipitor (atorvastatin) for $170, for example, while residents of the southern side of the street must pay $330 to fill the same prescription [13].

Concerned about high domestic drug prices and the increase in personal importation of Canadian drugs by Vermont residents, the Vermont Agency of Administration submitted a citizen petition to the FDA requesting that the Vermont State Employee Medical Benefit Plan (VTSEMBP) be allowed to “establish a program for the orderly individual importation of prescription medications” [13]. The program would have given Vermont the authority to contract with providers to create a system under which its members could forward a prescription to Canada for review by a physician who would rewrite it as a Canadian prescription, fill it, and mail the drugs back to the member in the United States [13]. That way, Vermont argued, VTSEMBP could intervene to minimize the risks associated with prescription medications obtained outside the United States and minimize health risks associated with importing drugs [13].

The FDA denied the petition, claiming that the only kind of importation by individuals permitted under the FD&C Act was the re-importation of prescription drugs that were originally manufactured in the United States [13]. The FDA stated that, given these legal limits, it would be extremely unlikely that Vermont could ensure that all Canadian drugs imported through the program were in full compliance with all laws and regulations applicable to FDA-regulated products [13]. According to the facts presented in its petition, Vermont would violate the FD&C Act any time it assisted in the re-importation of a drug manufactured in the United States [13]. Many Canadian drugs would have packaging and labeling not approved by the FDA and might have been manufactured in facilities not approved by the FDA [13]. Thus, VTSEBMP would violate the FD&C Act by causing the drugs to be introduced into interstate commerce [13].

Similarly, in U.S. v. RxDepot, Inc., the U.S. District Court for the Northern District of Oklahoma barred RxDepot, Inc., from causing the importation of unapproved and misbranded drugs into the United States from Canada [4, 14]. RxDepot, a domestic “storefront pharmacy,” had been helping individuals procure prescription medication from Canadian pharmacies [4, 14]. RxDepot accepted prescriptions from U.S. customers and transmitted them to Canadian pharmacies to fill them, bill the customer’s credit card, and mail the drug directly to the customer [4, 14].

Evidence was presented regarding FDA investigators’ undercover purchases of drugs from RxDepot. In one instance, while an investigator ordered an FDA-approved drug (Serzone) to treat depression, he received an unapproved version of the product (APO-Negazodone) [4, 14]. The investigator was allowed to purchase 100 pills, though his prescription called for only 60 pills [4, 14]. Further, the labeling instruction that accompanied the investigator’s order did not limit the duration of treatment to 30 days—a potential safety concern—nor did the labeling warn the investigator of all side effects listed in the U.S.-approved drug labeling [4, 14].

Because the FDA has no way to ensure the quality and safety of drugs imported by individuals or groups from retail pharmacies abroad, legislation and courts continue to support the agency’s prohibition (with minor exceptions) on importation. 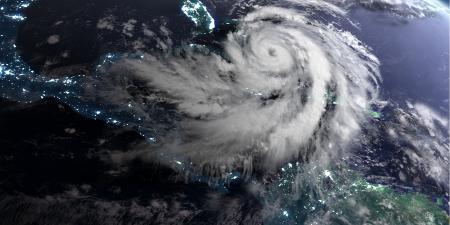