Severe hypoplasia of the external ear (microtia) is commonly encountered in any pediatric plastic surgical practice. A useful clinical classification of these anomalies was proposed by Tanzer [1]:

Based on analyses of large birth registries of congenital malformations [2-4], the incidence of microtia has been estimated at between 1 in 4,000 to 1 in 12,000 births. Microtia affects about 1.5 times more male children than female, and those with the condition are nearly three times more likely to be of Hispanic descent, and almost twice as likely to be of Asian descent, than to be black or white.

Microtia is noted on visual inspection at birth as an obvious hypoplastic external ear deformity. A variable extent of middle ear pathology, with associated conductive hearing loss, is expected.

Key clinical information should be obtained at the initial visit (typically when the child is an infant): pregnancy and labor complications, maternal drug use or toxin exposure, and family history of craniofacial or other anomalies. A developmental assessment should be made, specifically inquiring about the child’s behavior, school performance, social interaction with peers, and self-esteem, to inform expectations of patient cooperation and compliance during the reconstructive process.

When evaluating a school-age child, clinical findings specific to microtia should be documented.

Looking for and documenting possible associated craniofacial syndromes, to ensure that they are addressed and to distinguish between pre-existing and iatrogenic conditions, is also part of any proper examination of a child with microtia. Evaluate seventh cranial nerve function, looking for asymmetry of facial motor activity which is not uncommon in patients with microtia. Look for the presence of macrostomia (the congenital form of which is often referred to as a Tessier #7 facial cleft), which is associated not uncommonly with severe external ear deformities. Rule out any unusual neck mass or sinus that may represent a branchial cleft cyst. Inspect the ocular region for features that may be associated with Treacher-Collins syndrome, Nager syndrome, or Goldenhar syndrome (epibulbar dermoid cysts on the conjunctival surface of the lower lids, microphthalmia, or colobomas of the lid, iris, or retina; partial absence of the medial lower eyelid lashes, paucity of lower lid skin; and down-sloping of the palpebral fissures).

Evaluation by a geneticist may be indicated to identify any associated malformations (e.g., renal anomalies, defects within the oculoauricular vertebral spectrum, mandibulofacial dysostosis syndromes, etc.).

Inner ear. Bone-conductive hearing aids are indicated for severe bilateral hearing loss (i.e., for bilateral microtia or when there is abnormal hearing in the contralateral ear) within weeks of birth. These devices are somewhat awkward and stigmatizing for an older child to wear, and so the implementation of a bone-anchored hearing apparatus is an appealing option for many patients when they get older.

Surgical exploration of the middle ear, involving drilling of the temporal bone to create a neo-canal, and fabrication of a tympanic membrane using graft material, is an approach offered by some otologists with particular expertise in this area. Consideration of this challenging procedure is more common in cases of bilateral microtia, but not exclusively so [5]. In cases of autogenous ear repair, the middle ear exploration should occur after the reconstruction in order to preserve the blood vessels of the overlying skin pocket and allow for strategic placement of the otologist’s incision.

Outer ear. Reconstruction of the external framework may utilize either autogenous tissue or an alloplastic implant. In alloplastic reconstruction, the outer ear is constructed using an artificial material (Medpor, a porous polyethylene, is popular; silicone, though largely of historical note, is still used in some places). The construct is wrapped under an inferior flap of temporoparietal fascia and covered with a skin graft. There are well-established pros and cons of the two techniques (autogenous versus alloplastic) [6-8]. The benefits of alloplastic reconstruction include reduced donor site morbidity and the ability to perform reconstruction at a younger age (the patient can be as young as 4-5 years of age, whereas autogenous reconstruction is usually not performed until the patient is 6 to allow for harvest of sufficient size rib cartilage). The disadvantages of alloplasty are increased framework exposure, concern over long-term permanence of the implant, and the necessary use of the temporoparietal fascial flap which sacrifices a valuable salvage procedure in the event of an infection. The majority of reconstructive ear surgeons today employ autogenous material.

The modern technique of autogenous total ear reconstruction was developed by Tanzer and popularized and modified by Brent, Nagata, and others [9-12]. Reconstruction involves a staged approach, which varies depending on the surgeon. The Nagata modification, for example, performs reconstruction in two stages. At the second stage, the concha and tragus are reconstructed. Another common sequence, utilizing the Brent technique, is as follows. (Stages may be combined in the case of bilateral microtia.) 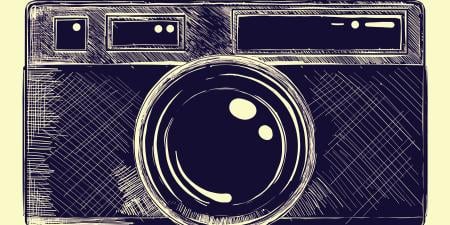 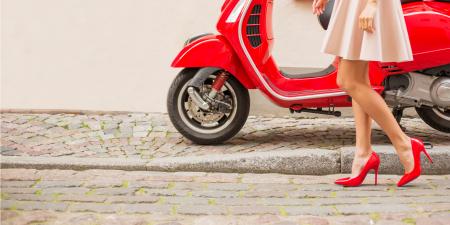