Modern medicine and newer life-saving treatments have not only resulted in the saving of an untold number of lives and preservation and restoration of health but, as an unfortunate and unavoidable by-product, they have created syndromes of severe brain damage rarely seen, if at all, prior to these advances in medical therapy. These syndromes include brain death, the minimally conscious state, locked-in syndrome, and, probably the most widely known example, the permanent vegetative state. In the middle of the last century, most physicians would have thought it strange to envision a neurological syndrome wherein the patient manifests sleep-wake cycles with periods of eyes open and yet possesses no consciousness whatsoever during those wakeful periods. This state—the permanent vegetative state—is a condition of wakeful unawareness, a form of permanent unconsciousness. Originally described and named by Fred Plum and Brian Jennet in 1972, this neurological syndrome is now well known to most doctors who treat neurological disorders. Furthermore, many of the landmark right-to-die legal cases in the United States have involved patients in a permanent vegetative state, beginning with Karen Quinlan, the first major termination-of-treatment case in the US to reach the state supreme court level (in New Jersey, 1975); Nancy Cruzan, the first right-to-die case to reach the United States Supreme Court (1990), and, more recently, the widely publicized case of Terri Schiavo, now pending before the Florida Supreme Court. Although cases of the permanent vegetative state were undoubtedly rare prior to the 1960s, the Multi-society Task Force on the Persistent Vegetative State estimated in 1994 that there were 10,000 to 25,000 adults and 4,000 to 10,000 children in persistent vegetative states in the United States.

The reason why these patients experience periods of wakeful unawareness is readily explainable by the underlying characteristic neuropathological changes present in most patients. Whatever the primary cause of the vegetative state, such as hypoxic-ischemic encephalopathy secondary to a cardiac or pulmonary arrest, or shearing injuries in brain trauma, there is extensive damage to the higher centers of the brain, with relative preservation of the brain stem structures. Hence, the cognitive functions of the cerebral cortex are absent, while the arousal system (the reticular activating system) in the brain stem is intact.

Given this situation, the clinical diagnosis of PVS can be a difficult, and scary, diagnosis to make, unless a physician has adequate experience and expertise in evaluating neurological syndromes. To the families and loved ones, and to inexperienced health care professionals, PVS patients often look fairly "normal." Their eyes are open and moving about during the periods of wakefulness that alternate with periods of sleep; there may be spontaneous movements of the arms and legs, and at times these patients appear to smile, grimace, laugh, utter guttural sounds, groan and moan, and manifest other facial expressions and sounds that appear to reflect cognitive functions and emotions, especially in the eyes of the family.

But the cardinal features that distinguish the vegetative state from other syndromes of lesser brain damage, such as the minimally conscious state, are the absence of sustained visual pursuit (visual tracking) and visual fixation. The eyes do not follow objects or persons, nor do they fixate on these objects or persons. And, when patients do emerge from the vegetative state, almost invariably the first and most reliable sign of improvement is the ability to visually track objects or persons in a consistent, sustained, and reproducible fashion. The question is often asked, what exactly does "consistent, sustained, and reproducible fashion" mean in this context? None of the guidelines in the literature precisely defines these terms, but when the patients do develop sustained visual pursuit, it is usually readily apparent to anyone seeing the patient, families and health care professionals alike, and it is so consistent and reproducible that it is present almost 100 percent of the time during the periods of wakefulness.

Extensive dialogue and debate has centered on when the vegetative state becomes permanent. Originally, and in common usage today, the term "persistent" was equated with "permanent." But the 2 terms should be distinguished, because some persistent vegetative state patients, especially those with traumatic head injuries, may gradually improve to higher levels of cognitive and motor functions in the first few months. It is now well established in the literature and among clinicians with over 3 decades of experience in this condition that, for both children and adults in vegetative states secondary to hypoxic-ischemic encephalopathy, the chance of any meaningful recovery beyond 3-6 months is negligible. In patients with traumatic brain injuries, the chances of meaningful recovery are practically nonexistent beyond one year. Reports of dramatic "miracle" recoveries surface in the lay press on a regular basis every few years, but these cases, when thoroughly investigated, have not substantially undermined the recovery period statistics given above. So the term "persistent" should be restricted to patients in a vegetative state of at least 1-month duration, while "permanent" should be used when it can be determined with an extremely high degree of certainty that the condition is irreversible.

The diagnosis of the permanent vegetative state is primarily clinical, with repeated neurological examination necessary over a period of time to establish absence of cognitive functions and irreversibility. Laboratory studies may be useful and confirmatory in some cases. For example, EEGs will show severe background slowing. When monitored over a few years, CT scans and MRIs will show progressive cerebral cortical atrophy. While the degree of cerebral cortical atrophy does not necessarily correlate with the complete loss of cerebral cortical functions, it does, however, help to confirm that the underlying process, given the severity of destruction seen on these neuroimaging studies, is irreversible, thus establishing to a high degree of certainty that the condition is permanent. Clinical studies evaluating the usefulness of PET (positron emission tomography) have confirmed the absence of consciousness in these patients by conclusively demonstrating levels of oxygen and glucose metabolism in the cerebral cortex consistent with deep levels of coma, and other forms of deep unconsciousness. 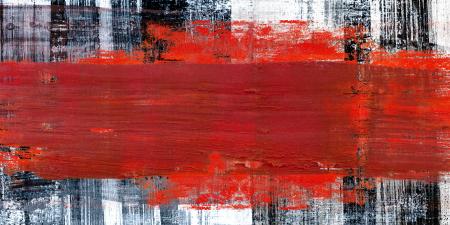 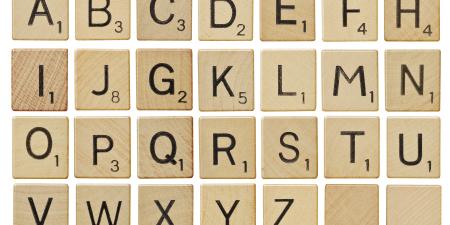