Guillain-Barre syndrome (GBS) is a group of autoimmune conditions consisting of demyelinating and acute axonal degenerating forms of disease. GBS is sometimes known as Landry's ascending paralysis, French polio, acute idiopathic polyneuritis, or acute idiopathic polyradiculoneuritis. The disease is named for Georges Guillain and Jean Alexandre Barre, who discovered the characteristic feature of the disease—increased level of protein in cerebrospinal fluid with normal cell count—in 1916. Interestingly, however, the French physician Jean Landry had described the condition in 1859, a half-century earlier [1].

The diagnosis of GBS is often made clinically. Complaints of symmetric weakness, increasing over the course of days, and absence of deep tendon reflexes on examination would make most diagnosticians think of GBS. Acute inflammatory demyelinating polyradiculoneuropathy (AIDP) is the most common subtype of GBS in the U.S. A typical patient reports rapidly progressing weakness, numbness, and tingling in the lower extremities. Sensory and motor abnormalities usually start distally and travel toward the trunk, arms, and face, but may have various patterns. On examination, patients have decreased or absent deep tendon reflexes [2-4].

In acute motor axonal neuropathy (AMAN), patients report progressive weakness but have no sensory complaints. Deep tendon reflexes may be normal. Patients with acute motor and sensory axonal neuropathy (AMSAN) have both motor and sensory deficits. A GBS variant, Miller-Fisher syndrome (MFS), is characterized by ophthalmoplegia, ataxia, and areflexia [2-4]. Motor and sensory deficits associated with the various forms of GBS progress over a two-week period in 50 percent of patients, and over four weeks in another 40 percent of patients [5]. One-third of patients require ventilator support due to paralysis of respiratory muscles [3]. Dysautonomia (hypotension, hypertension, arrhythmias, and urinary retention) occur in about 70 percent of patients.

Acute respiratory infection or gastroenteritis preceding the onset of weakness is frequently an important part of the medical history. Recent infection with Campylobacter jejuni, cytomegalovirus (CMV), Epstein-Barr virus and Mycoplasma pneumoniae have been serologically implicated in 32 percent, 13 percent, 10 percent, and 5 percent of patients with GBS, respectively [3]. C. jejuni infection is thought to induce an anti-ganglioside antibody. Molecular mimicry, involving similar sequences of bacterial lipo-oligosaccharides and human gangliosides, are believed to underlie autoimmune attack on axonal membranes in AMAN [6]. Several gangliosides (GM1, GM1b, GD1a, and GalNAc-GD1a) on the motor axolemma were found to be likely epitopes for antibodies in AMAN [2]. Preceding M. pneumonia infection was linked with high titers of anti-galactosyl-ceramide antibody (anti-GalCer), and elevated anti-CMV antibody correlated with high levels of anti-GM2 [6]. Antibodies against GQ1b are found in patients with MFS, and this test is 85-90 percent sensitive [6].

The clinical diagnosis of GBS needs to be confirmed by cerebrospinal fluid analysis and nerve conduction studies. Lumbar puncture is indicated in every case of suspected GBS. Albuminocytologic dissociation—an increase in protein with normal white blood cell count—is noted in nine out of 10 patients within one week of symptom onset. An increased lymphocyte count would be inconsistent with GBS and may suggest sarcoidosis, Lyme disease neuropathy, or recent HIV infection [3]. Nerve conduction studies are useful to confirm the GBS diagnosis as well as to differentiate between the different subtypes, estimate the extent of injury, and formulate a prognosis [7].

All diseases that attack the spinal cord, peripheral nerves, muscles, neuromuscular junctions, and cerebral vessels may result in weakness, like GBS, and need to be considered in the differential diagnosis [8]. To make a formal diagnosis of GBS, two clinical criteria are required—progressive weakness in more than one limb and areflexia (or distal areflexia with proximal hyporeflexia). Albuminocytologic dissociation, nerve conduction findings, disease progression over days to four weeks, symmetry, mild sensory abnormalities, cranial nerve involvement, autonomic dysfunction, and recovery that starts in two to four weeks all support a diagnosis of GBS [2,9]. Suspected GBS cases with progressive deficits over the course of eight weeks are considered chronic inflammatory demyelinating polyradiculoneuropathy (CIDP) [2,3].

GBS requires hospitalization for supportive care and for close monitoring of respiratory function and signs of dysautonomy. Intravenous immunoglobulin G therapy and plasma exchange have been shown to be effective in AIDP. Use of steroids is not indicated [2]. Unfavorable prognosis correlates with older age, rapid onset of severe tetraparesis, early need for ventilator support, less than 20 percent compound muscle action potential, and AMSAN with preceding C. jejuni infection [10] or evidence of anti-GM1 antibodies. [3,5].

The majority of patients begin to recover after two to four weeks from onset of symptoms. About 85 percent return to baseline within one year [9], and about 5-10 percent have remaining disabling motor and sensory deficits [3]. GBS mortality, estimated at about 5 percent, results from respiratory distress syndrome, aspiration pneumonia, sepsis, pulmonary embolism, and arrhythmias [9]. Relapse of disease may occur months to years from the first episode in 2-3 percent of patients [5]. 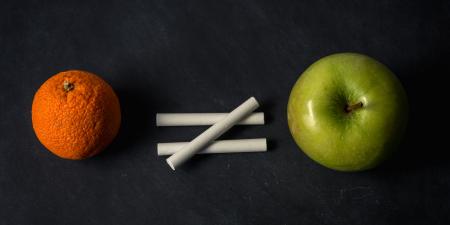 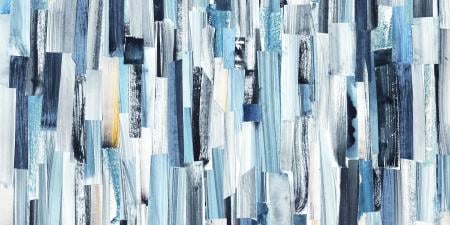