The World Health Organization defines an event as a disaster when “normal conditions of existence are disrupted and the level of suffering exceeds the capacity of the hazard-affected community to respond to it.” In any given year, more than 100,000 people are killed in natural disasters around the globe, and millions more are injured or disabled1. The catastrophic earthquake that struck Haiti in 2010 and the destructive tsunami in the Indian Ocean in 2004 are recent examples that show the difficulties in providing medical care in the wake of such devastation.

While a disaster by definition overwhelms response capabilities, a mass casualty incident (MCI) occurs more commonly and is defined as a situation that places a significant demand on medical resources and personnel2. Local response capabilities are not overwhelmed, but there are still a large number of patients requiring triage. A commonly occurring example of an MCI in the United States is a multiple vehicle or bus collision.

Regardless of whether a situation is classified as a medical disaster or MCI, it requires rapid and effective triage methods. In order to optimize overall patient outcomes in a catastrophic situation, there is a shift from doing what is best for the individual patient to doing the greatest good for the largest number of people3, 4. A system of triage must be utilized to determine who will receive treatment and who will not, and the ethical considerations of allocating limited medical resources warrant in-depth discussion.

There is some overlap in the basic principles of the roughly dozen or so mass casualty and disaster triage systems currently in use around the world, but data regarding their true efficacies is limited in the literature5. Since it is inherently difficult to investigate and compare disaster protocols by using an evidence-based approach, there is no definitive data on which disaster triage technique would save the largest number of victims. Currently, two of the most commonly accepted triage protocols are START (Simple Triage and Rapid Treatment) and SALT (Sort-Assess-Lifesaving Interventions-Treatment/Transport).

Although used today in reference to the “sorting” of patients, the French origin for the term “triage” initially referred to the sorting of agricultural products6. Current triage strategies arose from advances in military medicine in times of war, and the French military surgeon Baron Dominique-Jean Larrey is generally credited with developing the first battlefield triage system7. In his 1812 memoirs, Larrey explained his then-novel method of immediately treating the most severely wounded first without waiting for the battle to end, as was previously customary.

Differing triage principles emerged in subsequent decades, and in 1846, British surgeon John Wilson proposed that treatment be deferred for both those with minor wounds and those with severe injury, instead offering therapy first to those patients who were most likely to benefit from immediate treatment8. During World War I, the United States adopted a triage approach that maximized the number of soldiers who could return to service. Those who could return to combat quickly were treated first in order to maintain the numbers of the fighting force9. During the Korean and Vietnam Wars, and most recently in conflicts in the Middle East, the ability to rapidly transport wounded soldiers by ground and air to well-equipped medical facilities changed the strategy of modern battlefield triage from on-scene treatment to rapid evacuation10, 11.

While military medicine furthered our understanding of combat triage, recent catastrophic global disasters have exposed deficiencies in civilian emergency preparedness. The frequent drill training in the military allows an operational expertise with disaster triage that is not present in civilian society. It is also practically impossible to conduct the randomized clinical trials in disaster medicine that other specialties rely on. We attempt to learn and amend our protocols based on past performances, simulation training, virtual reality, and multi-disciplinary mock disaster drills. Due to this relative lack of evidence in the disaster literature, the optimal application of military-derived triage protocols to civilian populations remains unproven.

A color-coded tagging method to categorize disaster victims in the field has been almost universally adopted and incorporated into existing triage systems12.

The “expectant” category can be the most challenging for caregivers from an ethical and emotional standpoint. While it is logical to help the greatest number of victims in a disaster, it is difficult to walk away from a person who is on the verge of succumbing to severe injuries. As the World Medical Association reminds us, “It is unethical for a physician to persist, at all costs, at maintaining the life of a patient beyond hope, thereby wasting to no avail scarce resources needed elsewhere”13. It is also important to note that patients need to be reassessed repeatedly, and initial color-coded triage designations can change over time.

START was developed in the 1980s in Orange County, California as one of the first civilian triage systems and was subsequently adopted as the de facto disaster triage standard by the Domestic Preparedness Program of the Department of Defense14. However, little data regarding its efficacy existed in the literature prior to its adoption, and today there is some evidence that START can lead to the overtriage of patients (for example, tagging a patient as “immediate” who in reality should be labeled “delayed”) in a real-time mass casualty setting14.

More recently, in response to the lack of scientific data regarding the efficacy of mass casualty triage systems, the Centers for Disease Control and Prevention (CDC) formed an advisory committee to analyze the existing systems and recommend a national standard for disaster triage5, 15. Because the literature did not conclusively identify any existing triage system as optimal, the expert panel developed SALT by combining the best features of the existing systems16. SALT is endorsed by several national organizations, including the American College of Emergency Physicians, the American College of Surgeons Committee on Trauma, the American Trauma Society, and the National Association of EMS Physicians17.

Further research is needed to establish the optimal protocol for mass-casualty triage, but, because of the comprehensive examination of the evidence leading to the recent recommendations of the CDC advisory committee, the SALT triage system seems a promising direction for the future of disaster triage. Although both SALT and START have been found to have unanticipated rates of overtriage5, 14, the application of a more scientific and data-driven approach in the development of SALT is encouraging. Undoubtedly, these protocols will continue to be refined as we gain a deeper understanding of mass casualty management and as further evidence is collected to identify an optimal disaster triage method.

Summer Without Shelter in Tampa During COVID-19

Author Interview: "Summer Without Shelter in Tampa During COVID-19" 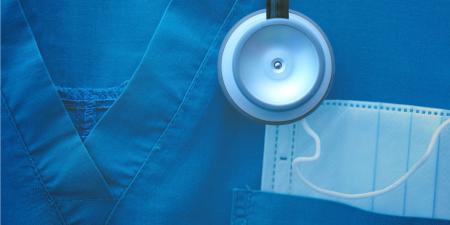