The social institutions of medicine and the state have a complex history of interaction in which doctors have been the originators of political ideals, goals, and social change but have equally found themselves instruments of political authority. Here I briefly chart some significant moments in what might be termed the political history of medicine, looking at doctors both as actors structuring and as agents implementing the operations of modern democratic states.

Idealists and Actors in Political and Social Change

The 18th-century English physician and political radical Thomas Beddoes considered medicine and social morality to be inherently bound in an ethics of corporal existence.

Without accurate ideas of the causes that affect the personal condition of mankind, how is it possible to conceive any progress in genuine morality? And will not every addition to this branch of knowledge necessarily tend to purify morals—that is, to introduce into the social compact covenants more beneficial to the parties? Physiology—or more strictly biology—by which I mean the doctrine of the living system in all its states, appears to be the foundation of ethics and pneumatology [1].

Beddoes' link between the needs of the body natural and the social morality of the body politic has underwritten a moral justification for medicine's playing a role in constructing modern democratic states since the 19th century [2]. In 1848, political reformer, medical doctor, and founder of cellular pathology, Rudolph Virchow, articulated that the moral goal of the political role of medicine was to become an active agent in eliminating social inequality [3]. This sentiment was given concrete practicality by John Simon, the mid-Victorian chief medical officer in Britain, whose philosophy of state medicine viewed the state as provider of the basic conditions needed for subsistence (without interfering in the iron law of wages) through sanitary reform of the environment, prevention of epidemic diseases, and the regulation of unadulterated food and drugs [4].

Doctors have represented medicine as political actors in social change in a wide range of historical, social, and ethical contexts and have played major roles in central theatres of power. Philadelphia physician Benjamin Rush was a cosigner of the Declaration of Independence. Rush believed that despotism bred physiological and psychological disease and that democratic citizenship produced politically emancipated mentalities that would institutionalize the value of healthy bodies for the benefit of the commonwealth [5].

Doctors have served as elected political representatives, such as Virchow himself and the British Victorian parliamentarian Lyon Playfair, who believed that the time had come for public policy to be shaped by scientific and medical knowledge rather than the interests of dominant social and economic interests or classes [6]. It is in the context of establishing scientific reasoning as the transcendent moral foundation for the processes and organization of political and social governance that doctors have played the most profound role as "statesmen in disguise" and made the most significant contributions to historical discourses on social ethics.

At one level individual doctors have contributed abstract philosophical justifications for the need for scientifically trained experts to formulate public policy. The 19th-century French medical reformer Desiree Magloire Bournville used Comtean positivism to argue that scientific social governance was an inevitable outcome of social evolution and that this meant, in particular, that the grip of clerical power on social institutions in France should be eliminated, especially from the control of health and medical provision [7]. Though doctors made extensive contributions to the political actions of modern states by promoting scientifically based social policy, it is perhaps in such policy's rationalistic implementation that they have played their most important role. Here too a huge range of sociomedical philosophies and practices have flourished historically from the highly technocratic to minimally interventionist.

Before the rise of Stalinism, doctors in post-revolutionary Soviet society invented a form of political medicine they called social hygiene, wedded to the principles of socialist egalitarianism and dedicated to improving the people's health rather than curing or preventing disease alone [8]. The new sociomedical philosophy was founded nevertheless on a technocratic vision that included, for example, demographic engineering through the strategic use of expertise in abortion.

Less technocratically ambitious but just as influential socially have been the interventions implemented by doctors in the cause of public or population health in the modern era. The founder of the British public health system, Edwin Chadwick, was a lawyer who hated doctors—he thought that those who provided medical services to patients under the system of poor-law relief swindled local taxpayers by prescribing food for the therapeutic restoration of the malnourished destitute. Hence Chadwick believed that the newly created public health officers in mid-Victorian Britain should be engineers. All, however, who became employed as medical officers of health were medically qualified, even if some had never practiced therapeutic medicine.

Doctors engaged in sanitary reform in the United States and throughout the rest of the industrializing world faced the same social conflicts in acting as agents of change on behalf of the community, often, however, at the expense of the liberty of individuals. Nowhere is this more starkly demonstrated than in the administration of vaccination against notifiable infectious diseases and isolation of patients with those diseases.

The advantages of Edward Jenner's discovery in the reduction and prevention of smallpox were sufficiently persuasive to convince national governments and local authorities throughout the industrializing world not only to fund dissemination of the vaccine but even to make vaccination a compulsory act of citizenship. Smallpox vaccination became legally compulsory in numerous western European states before the end of the 19th century and was made a compulsory qualification for the entrance of children to public schools in the United States. Fines and, in some cases, imprisonment were imposed as punishments for failure to comply with the law in different national contexts. The implementation of compulsory smallpox prevention, however, stimulated local, national, and international mixtures of antivaccination resistance.

The rationales underlying antivaccination opinions were as different as the many places in which they were expressed and included fear of subjecting offspring to deliberate exposure to a disease of cattle; fear of the spread of additional diseases such as syphilis; and, most pervasive of all in booming laisser faire industrial societies such as Britain, fear of government and medical encroachment on individual liberty [10].

Doctors given the responsibility for implementing compulsory vaccination laws faced fierce ideological opposition to legitimation of the procedure, which they sometimes lost, paradoxically, when the incidence of smallpox outbreaks significantly decreased as the blanket vaccination of populations took effect over time. When epidemics did occur they were often in themselves the most serious counterforce against antivaccinationism. Such was the case during a severe epidemic that took place in Jenner's home town of Gloucester in 1896. Gloucester had been a target of the British Anti-Vaccination League specifically because it was the place of vaccination's origin, and, at the outset of the epidemic, the local medical officer of health met with ridicule, false accusations of self-interest and incompetence, and widespread resistance to his attempts to vaccinate the local population. As case numbers and mortality rose, however, antivaccination resistance diminished. Indeed one of the first adults to volunteer for vaccination was the local leader and nationally renowned antivaccinationist [11].

Doctors working for the state in the field of epidemic disease prevention and the establishment of public health often incurred the hostility of their clinical colleagues who saw them as a threat to private medical practice, especially when public health bacteriological testing began to supplement practitioner diagnosis of infectious diseases [10]. But as the role of the state in disease prevention expanded, private practitioners themselves became increasingly obligated to serve the cause. Perhaps the most significant juncture at which this occurred followed the passing by all industrial societies by the end of the 19th century of "notification of diseases laws." These laws, which remain in force today, required practitioners who discovered patients with an infectious disease that was listed as "notifiable" to report the details of the case to local public health authorities. The patients who were reported became subject to compulsory removal to a locked hospital isolation ward to receive treatment, being released only after having been declared cured or having succumbed to the disease itself [12].

This law presented private practitioners with an almost irresolvable dilemma. The Hippocratic Oath bound the doctor to the interest of his or her patient, but the notification laws legally compelled the doctor to serve the needs of the community as a priority regardless of whether this was in the interests of the individual patient or not. While treatment may have been in the best interest of the patient, the right to refuse it was eliminated, as was physical liberty until the patient was cured.

These historical examples of the range of material and ideological relationships of doctors with modern states continue to have profound resonance for medical practice in contemporary times. As mentioned above, the notification laws remain on the statute books in all industrial and late industrial societies and include a wider range of diseases than the virulent contagions and infections rapidly spread through social contact. Tuberculosis is a case in point. While it is spread through social contact, its distribution is haphazard and correlated with immediate environmental conditions and the stage or virulence of the disease. How, therefore, should a private practitioner or practitioner working in a public medical center act in relation to the epidemic surges in new strains of tuberculosis in a diverse range of population groups? Are the tubercular homeless to be interned in locked hospital wards or prisons, and homeowners allowed to maintain their liberty while they undertake their course of treatments that may anyway prove ineffectual? These dilemmas remain unresolved both within and beyond the profession itself.

Similarly, what should be the responsibility of practitioners with regard to furthering the public understanding of the contemporary therapeutic world, especially when the scientific basis of Asclepian authority is challenged or when new technologies and forms of evidence conflict with or confuse patient expectations? The normal process of analytical critique through which science and medicine progress has exacerbated skepticism and confusion within the arena of public debate. This skeptical view of science has reconfigured the political role of medicine in recent times. Fierce scientific conflict, aired during the British panic surrounding the appearance of a tiny number of cases of Creutzfeld-Jakob disease, placed the British Medical Association in the role of a key public arbitrator.

Perhaps the most profound political role which medicine filled in the 20th century was as advocate for or opponent to the replacement of the medical market with tax-funded systems of health care and medical service delivery governed by political states [13]. During the establishment of state-run, tax-funded health systems throughout the world professional medicine was often deeply divided, leading to multiple forms of universal nonmarket health care in different national contexts. In this milieu, medicine could often be seen as being overtly linked to party politics rather than the transcendent politics of specialist expertise in policy making. The history of the medical profession's participation in the United States ' struggles with health services provision has been no exception to this rule, regardless of the extent to which market-driven or nonprofit systems currently dominate. The era of the next federal administration promises to expand this aspect of the political role of medicine in which messages offered by individual and collective medical voices are likely to take on increasing public significance. 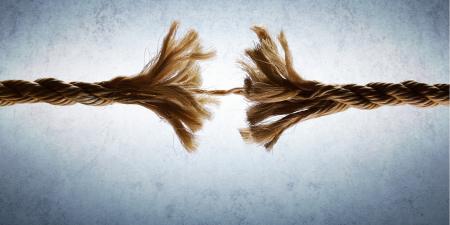 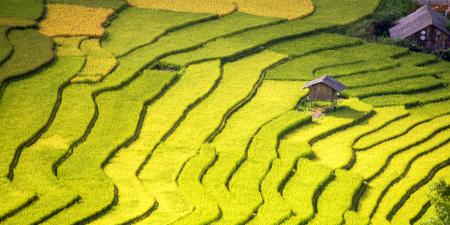