According to the 2000 US Census, Asians make up less than 4 percent of the nation's population.1 I am counted as a member of this racial and ethnic group, in which the Census Bureau includes Chinese, Korean, Japanese, and others (but not those of Middle Eastern descent even though they also originate in the Asian continent). Yet, Asians and Pacific Islanders comprise nearly 20 percent of the more than 65,000 US medical students.2 Given that many leaders in medicine advocate educating and training physicians who look more like their patients and thus represent America more accurately, my being a physician can be viewed as running counter to the goal of achieving representative diversity in the nation's physician workforce.

The debate raging over the means to and ends of diversity extends far beyond its implications for our health care system. Advocates for affirmative action see the promotion of diversity in education and the workplace not only as being in society's present and future interest, but also as a means to correct past social injustices. Opponents view diversity-promoting mechanisms as nothing more than reverse discrimination through the establishment of quotas that are blind to merit. As this debate about diversity rages on, it is critical that all discussants have greater clarity and understanding of several key questions: (1) How do we define diversity? (2) Given an accepted definition of diversity, what is its value to society? (3) If society deems diversity of substantial value, how do we achieve this goal?

Without a reasonable working definition of diversity, it will be impossible to measure and therefore know whether diversity in the physician workforce has been achieved. At first glance, the definition appears to be black and white. Many of the headline-grabbing court cases focus exclusively on the color of a plaintiff's skin.3,4 Yet, defining diversity simply by race is too narrow, especially given the growing ethnic and cultural heterogeneity of American society. While characterizing diversity by race alone is insufficient, it is difficult to determine what other factors need to be considered. Most would say that gender and cultural and religious background at least should be part of our conception of diversity. But what about age, socioeconomic status, physical disability, sexual preference, and rural background? I would argue that the definition of diversity as it applies to the physician workforce should be linked to its value in promoting the practice of good medicine. In other words, what aspects of difference or concordance between patient and physician can be shown to affect quality of care and patient outcomes?

Diversity's value in medicine can be examined from a symbolic perspective as well as from this instrumental perspective. Some consider diversity to be intrinsically valuable—diversity for the sake of diversity. As a person with progressive attitudes and ideologies, I find this symbolic argument for diversity appealing. But, as one who also considers the consequences of human actions and choices to be particularly relevant, I am left wanting greater proof of diversity's tangible value than this symbolic argument supplies.

What is the available proof of the value of diversity? From a social policy perspective, promoting greater diversity in school and at work provides previously disadvantaged groups an opportunity to enter respected professions and advance up the socioeconomic ladder. While diversity-promoting policies have contributed significantly to the socioeconomic advancement of minority groups,5, 6 those remedies are meant in part to correct past social injustices and have been challenged as acts of "reverse discrimination." Several lower court rulings have struck down race-based scholarship programs, employment practices, and university admissions processes,7-12 thus leaving the value of current diversity-promoting policies as a means of social advancement in some doubt.

According to Lee Bollinger, the recently named president of Columbia University, "People learn more and learn better in an environment where they are part of a mix of people . . . not like themselves".13 From an educational policy perspective, promoting greater diversity in medical school is designed to create a learning environment that helps students develop the skills to better care for an increasingly diverse patient population. The opportunity for increased interactions with diverse groups is meant in part to promote greater awareness, understanding, and tolerance of different cultures. However, conclusive evidence that exposure increases understanding and tolerance is lacking. Some studies suggest that students are better learners in a diverse student body context,14, 15 while others find no direct link between such variables.16 If we are to continue to focus on teaching "cultural competence" in medicine, the educational value of such instructional efforts requires serious scientific examination.

From a health policy perspective, many argue that having more minority physicians translates into better care for underserved or minority patients. Studies show that minority physicians are more likely to practice in rural and inner city communities.17-19 In addition, numerous studies on disparities of care suggest that the care that physicians provide is not color blind.20-23 To counter physician bias, some advocate for greater matching of race and ethnicity between patients and their physicians. This matching, however, would be impractical to say the least, given the opportunity constraints of pairing patients with physicians. More importantly, the implications of this "dating service" approach run counter to the educational goal of diversity-promoting policies: that students and physicians will be better able to care for an increasingly diverse patient population because they have been exposed to a diverse learning environment.

Finally, if we were to agree on a definition of diversity that had symbolic and practical value in promoting the practice of good medicine, we would still be left with the critical question of how to achieve the correct mix of physicians. Currently available means for promoting diversity—such as race-based affirmative action—face severe constitutional challenges to their legal integrity. Initiatives such as the Association of American Medical Colleges' 3000 by 2000 Initiative have met with mixed success; the targeted number of 3000 medical students from underrepresented minority groups by the year 2000 was not fully achieved. As a member of a minority group that is overrepresented in medicine, I have personal as well as theoretical reservations about efforts to reengineer the physician mix for the sake of greater diversity. At the same time, given the disparities of and unequal access to medical care, proposed efforts that are designed to address such important problems require serious consideration.

In the December 2001 Virtual Mentor, the issue of diversity in medical education and practice is explored from many different perspectives. I hope that our analyses and subsequent discussion of this pressing and relevant topic in medicine provide our readers with a greater understanding of its diverse complexities. 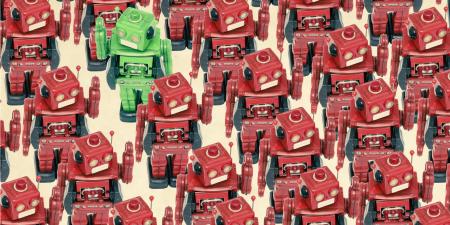