Ms. Holmes was a healthy, 31-year-old administrative assistant with three sisters and a mother who had died in her 40s from complications of breast cancer. After reading online that breast cancer can run in the family, Ms. Holmes decided to ask her primary care physician, Dr. Wagner, about options for genetic testing. Together, they concluded that Ms. Holmes should be tested for mutations in BRCA1 and BRCA2, two genes associated with increased risk for breast and ovarian cancer.

When the results came back 1 month later, they showed that Ms. Holmes had the BRCA1 mutation. Dr. Wagner made room in her schedule for Ms. Holmes to return to clinic that day and the two went over the risks associated with BRCA mutations and scheduled an appointment for the next week to discuss options for monitoring and cancer prophylaxis.

When Ms. Holmes arrived the next week, she had already made a decision.

“I did some research on my own, Dr. Wagner,” she said. “I couldn’t just sit at home and not deal with this. I decided that I want to have a mastectomy on both sides. I still want a family, so I’m not going to have the ovary surgery. But I think they can do a pretty good job at reconstructing my breasts. If I don’t do this, I’ll just feel like there is a time bomb waiting to go off.”

“It sounds like you have done some careful thinking,” said Dr. Wagner. “Tell me what you found out about the different options over the past week.” Ms. Holmes gave a detailed description of the research she had done, citing numerous studies and web sites that Dr. Wagner considered accurate and reliable.

“Well, you have obviously put a lot of thought into this, and your information is very accurate,” said Dr. Wagner. “The next step is to put you in touch with a good breast surgeon. Before we do that, though, let’s talk about how you want to share this information with your siblings.”

The blood drained from Ms. Holmes’ face. She pushed her chair away from Dr. Wagner.

“There’s no way I’d tell my sisters about this, even if we were close,” she said. “Which we’re not. To be honest, it’s none of your business who I tell and who I don’t. If I had known you were going to pull this on me, I would have gone to another doctor.”

The conflict between Dr. Wagner’s duty to warn third parties of their familial risk of genetic disease and her duty to respect Ms. Holmes’ confidentiality is rooted in a conflict between ethical principles [1-3]. The duty to preserve patient confidentiality is based on the principle of respect for autonomy. Physicians should protect the patient’s medical information and disclose it to third parties only with his or her consent. The principles of beneficence and nonmaleficence, on the other hand, support the disclosure of genetic information to at-risk relatives because to do so gives them access to surveillance and preventive measures that could reduce their risk of disease or complications and benefit them. Not disclosing this information could cause harm because at-risk relatives might develop the familial condition without their knowledge, and delayed diagnosis could affect treatment options or even curability. At the same time, disclosure to family members may not respect their autonomy and right not to know. The principle of justice suggests that Ms. Holmes’ family members should have the same access to testing and related risk-reducing options that she has.

Current legal and professional policies privilege respect for patient autonomy and allow disclosure to third parties without the patient’s consent only as a last resort in exceptional situations. One reason is that physicians’ duty to protect patient confidentiality is stronger than their duty to family members with whom they have no patient-physician relationship.

When Does a Physician Have a Legal Duty to Warn?

Case law addresses the physician’s duty to warn. In Tarasoff v. Regents of the University of California, a woman was killed by her stalker after he had confided his intention of killing her to his therapist [4]. The court concluded that a physician or therapist has a duty to warn if: (1) he or she has a special relationship with either the person who may cause the harm or the potential victim, (2) the person at risk is identifiable, and (3) the harm is foreseeable and serious. This definition is now commonly used in legal settings and was called upon in two suits regarding physicians’ duty to inform families of inherited cancer risks [2].

In Pate v. Threlkel, a woman received treatment for medullary thyroid carcinoma, which can be associated with an autosomal-dominant condition called multiple endocrine neoplasia (MEN) [5]. Three years later, her adult daughter was diagnosed with the same type of cancer. The daughter filed a complaint against the doctor who had treated her mother, arguing that if she had known earlier about the genetic risk of thyroid cancer, she could have taken preventive action and her condition would have been avoided or detected at an earlier and curable stage. The court agreed with her argument that the physician had a duty to warn of the risk to his patient’s children, but concluded that this duty was satisfied by warning the patient about the risk to her relatives.

In Safer v. Estate of Pack, a woman was diagnosed with colorectal cancer due to familial adenomatous polyposis, an autosomal-dominant condition predisposing to colorectal cancer [6]. She filed a complaint against the estate of Dr. Pack, the deceased physician who treated her father for the same condition 30 years earlier, alleging a violation of duty on the part of this physician because he failed to warn her of her own health risks. She argued that if she had known about her risk of having this condition, her cancer could have been detected at an early and curable stage through regular surveillance. In a decision that differed from that of the Pate v. Threlkel court, the Safer v. Estate of Pack court found that the physician’s duty to warn may not be satisfied in all cases by informing the patient of the risk to his relatives. The court asserted that the physician must take reasonable steps to guarantee that immediate family members are warned. This ruling defines a duty to warn that extends to family members in the case of hereditary conditions.

The disclosure of medical information without the patient’s consent is regulated by the Health Insurance Portability and Accountability Act of 1996 (HIPAA) [7]. In language reminiscent of the Tarasoff ruling, HIPAA allows exceptions to its strict nondisclosure policy in the case of a serious and imminent threat to the public or to an identifiable third party when the physician has the capacity to avert that harm. It is unclear for now whether the threat of cancer associated with hereditary cancer predispositions would fall under this exception. Future case law will help define the limits of HIPAA when it comes to a physician’s duty to warn patients and their family members of the risks associated with the presence of an inherited condition.

Does the Physician Have a Professional Duty to Warn?

The American Medical Association’s Council on Ethical and Judicial Affairs examined the consequences of genetic information for relatives in a report on informed consent for genetic testing, which led to a section on disclosure of familial risk in genetic testing in the association’s Code of Medical Ethics[8]. The council agreed that physicians have a duty to protect their patient’s genetic information, but that they should discuss the implications of genetic information for family members prior to testing and should define circumstances under which patients would be expected to notify their relatives of the risks associated with that information.

The American Society of Human Genetics’ policy statement on professional disclosure of familial genetic information emphasizes the conflict between the physician’s duty of confidentiality to his or her patient and the duty to warn family members [9]. The report concludes that physicians have at the very least the duty to inform patients of potential genetic risks to their relatives. The existence of legal and statutory exceptions to patient confidentiality in other circumstances (e.g., infectious diseases, violent crimes), suggests that physicians may have the right to warn family members when attempts to encourage the patient to do so have failed; the harm is serious, imminent, and likely; the at-risk relative(s) are identifiable; prevention or treatment is available; and a physician in similar circumstances would disclose the information (i.e., disclosing would be considered standard practice).

The American Society of Clinical Oncology Policy Statement on Genetic Testing for Cancer Susceptibility recommends that physicians and counselors address the importance of communicating genetic test results to family members in the pre-test counseling and informed-consent processes prior to testing [10]. Their position is that the health professionals’ obligations to at-risk relatives are fulfilled by communicating the risks for family members to the patient and emphasizing the importance of sharing this information so that family members may also benefit from it. After careful consideration of the HIPAA privacy rules, this society explicitly concludes that genetic-risk information does not meet the necessary criteria for disclosing without the patient’s consent.

The Importance of Pre-Test Counseling

Professional recommendations highlight the importance of discussing disclosure of potentially relevant genetic information to at-risk family members prior to testing, a discussion that should address potential barriers to disclosure. Ms. Holmes would probably be less shocked by Dr. Wagner’s intervention if disclosure to her sisters had been included in the informed-consent process. 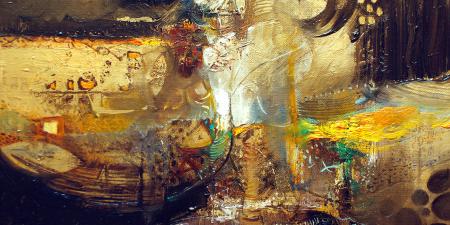 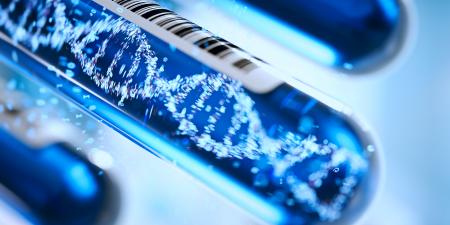 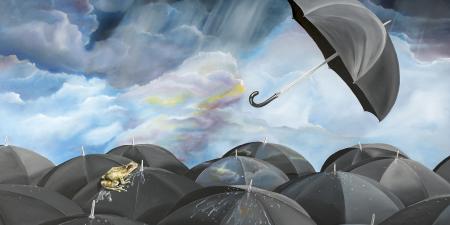