In April 2011, Lindsay Kamakahi caused an international stir by suing the American Society for Reproductive Medicine (ASRM), the Society for Assisted Reproductive Technology (SART), all SART-member fertility clinics, and all egg agencies that agreed to abide by the ASRM-SART egg donor compensation guidelines on behalf of herself and other oocyte donors [1]. The suit challenged the ASRM-SART oocyte-donor compensation guidelines, which limit payments to egg donors to $5,000 ($10,000 under special circumstances), as an illegal price-fixing agreement in violation of United States antitrust laws. These laws prohibit business practices that unreasonably restrict competition and result in higher consumer prices for products and services. In March 2013, the court denied the defendants’ motion to dismiss the case, thus paving the way for the litigation to proceed [2].

Kamakahi’s suit, despite the hoopla accompanying it, is in many ways unexceptional, alleging a fairly straightforward violation of the Sherman Act’s prohibition against contracts, conspiracies, and combinations in restraint of trade [3]. But oocytes are hardly the common stuff of Sherman Act claims, and the application of federal antitrust law in such a new and unusual setting was bound to draw substantial attention [4].

The ensuing debate revealed many misconceptions about oocyte donation, the allegations in the case, and antitrust law’s application to the ASRM-SART oocyte donor compensation guidelines, some of which I aim to dispel in this article. For example, ASRM and others have defended the guidelines as a means to ensure low-cost fertility services for their patients, a contention that, as I will later explain, is flatly at odds with basic economic theory and evidence. Others, including ASRM representatives, have derided the suit as frivolous, an allegation that should be put to rest by the court’s recent denial of the defendants’ motion to dismiss [5]. Although the case is still in the early stages and the outcome remains to be seen, the complaint is far from frivolous.

A 2000 report of the ASRM Ethics Committee on financial incentives for egg donors stated that “payments to women providing oocytes should be fair and not so substantial that they become undue inducements that will lead donors to discount risks” [7] and analogized the egg-donation process to the sperm-donation process. A prior study had concluded that sperm donors earned an hourly average of $60 to $75 in 2000 and estimated that egg donors spend 56 hours in a medical setting per donation cycle [8]. If egg donors were paid the same hourly rate as sperm donors, the ASRM report concluded, then a payment amount of $3,360 to $4,200 per egg-donation cycle would be reasonable.

According to ASRM, however, because egg donation involves a time commitment, risk, and discomfort not associated with sperm donation, egg donors deserve higher amounts. The report concluded that “although there is no consensus on the precise payment that oocyte donors should receive, at this time sums of $5,000 or more require justification and sums above $10,000 go beyond what is appropriate” [7]. In 2007, ASRM issued new guidelines that restated these amounts and rationales [9]. The amounts have not been increased since ASRM adopted them more than 10 years ago.

The Kamakahi complaint alleges that the ASRM-SART guidelines, as a naked price-fixing agreement, are a per se violation of the Sherman Act, meaning that the guidelines are so injurious to the public that they should be conclusively presumed illegal without inquiry into whether competition is actually reduced or consumers are actually harmed. Agreements among competitors to fix prices have long been considered per se illegal under section 1 of the Sherman Act, due to their perceived negative effects on competition [10]. This is true of both agreements to fix output prices sat some maximum (sellers’ cartel agreements) and agreements to fix input prices at some minimum (buyers’ cartel agreements, such as the ASRM-SART guidelines). Classifying an agreement as a per se violation dispenses with the need to inquire into market structure, the market power of the violators, or the anticompetitive effects of the behavior. Under a per seanalysis, therefore, the ASRM guidelines would be conclusively presumed illegal [10]. The court’s denial of ASRM’s motion to dismiss Kamakahi’s per se claim, therefore, is a substantial preliminary victory for the plaintiffs.

Kamakahi also contends that the guidelines violate the Sherman Act under a rule-of-reason analysis, which Courts sometimes apply to alleged anticompetitive behavior by nonprofit or professional associations when the same conduct would be considered per se illegal if carried out by business organizations. Such judicial deference is not explicitly a product of the organizational form or nonprofit status of the defendants, but rather of a perception that, in many such cases, the anticompetitive effects of the agreement or the intentions of the alleged violators are not immediately discernible [11, 12]. However, the negative economic impacts of the ASRM-SART guidelines are readily apparent, and the claimed procompetitive benefits are highly contestable. As a result, the ASRM guidelines are problematic even under a rule-of-reason analysis.

Effects and Purposes of the ASRM Guidelines

ASRM defends the guidelines as a means of keeping the price of fertility services low, thus benefiting fertility treatment patients [13]. But the guidelines plainly produce the same risks of anticompetitive effects present in any other collusive buyers’ agreement: product scarcity, which deprives fertility treatment patients of the full range and number of oocytes that would be available to them in a free market. This scarcity drives up the price consumers are willing to pay for the bundle of goods and services that will result in the creation of an embryo for implantation. Because the price of a necessary input—the oocyte—has been capped, however, the excess that consumers are willing to pay (termed “rents” by economists) can be captured by the providers of fertility services [14]. Consumers are thus typically harmed, not helped, by successful price-fixing agreements, including the ASRM-SART guidelines, to the extent the agreements are effective.

ASRM asserts procompetitive justifications in defense of the guidelines, contending, for example, that they protect the health and safety of both egg donors and recipients of assisted reproduction services, by encouraging donors to honestly disclose medical and social histories—a goal that would be undermined by high payments. In addition, the defense argues that egg-donor compensation rates dictated by the marketplace, rather than by the guidelines, risk the exploitation and undue inducement of egg donors and may commodify human life and particular genetic traits. These alleged effects of the guidelines are procompetitive because enhancing the safety and social acceptability of the egg donation process may encourage women to donate eggs and help promote the view among those affected by infertility that the use of donated oocytes is a safe and responsible treatment, thus improving the market [13].

Assuming that safety, coercion, and commodification concerns could, in the absence of the guidelines, undermine the market for fertility services and assuming further that it is possible to structure financial incentives to egg donors in a manner that alleviates those concerns while compensating oocyte donors for the time, effort, and health risks associated with the procedure (as opposed to banning payments to oocyte donors altogether), there is no evidence that the ASRM-SART guidelines strike that balance. In fact, there is no indication that ASRM even considered such factors when setting standards for egg donor compensation. As previously discussed, ASRM used sperm donation as a benchmark and then stated that the additional time, risk, and discomfort experienced by egg donors justified an additional payment—up to $5,000 and no more—without explaining where that amount came from, why it might represent a reasonable compensation for the additional burdens that the committee agreed egg donors faced, or how this limit addressed the safety, coercion, and commodification risks that the committee contended the free market poses.

Moreover, the ability of any payment to coerce or induce action depends on the recipient’s financial need. Accordingly, setting egg-donor compensation caps without reference to the potential donor’s economic status does not effectively address financial coercion and undue inducement concerns. Ironically, the most likely effect of the guidelines is to drive from the market those donors with the highest opportunity costs, who tend to be better educated and of a higher socioeconomic status. These donors are arguably in a better position to evaluate the risks of egg donation against the monetary benefits, rendering them less susceptible to any “coercive” effects of monetary compensation, because they are more likely to have other income opportunities from which to choose.

In addition, there may be less draconian safeguards that could address many of these concerns more effectively and without the accompanying anticompetitive effects. For example, mandating egg-donor advocates, egg-donor screening, and other measures might promote the informed and voluntary nature of each donation and eliminate donors who appear financially needy or who have not carefully weighed the risks of donation. Similarly, the guidelines’ existing prohibitions on compensation linked to particular donor traits, such as race, ethnicity, or intelligence measures, might guard against some eugenics and commodification effects, though recent research suggests this guidance is widely ignored [15, 16].

Finally, some commenters have made a particularly odd argument—that the guidelines are appropriate and not illegal because they are unenforced and ineffective [17, 18]. This contention raises the question: if the compensation guidelines are not successfully controlling oocyte donor compensation, then why do they exist? What possible purpose might be served by ineffective and unenforced egg-donor compensation caps? The most likely possibility is a desire to avoid industry controversy, including controversy related to oocyte-donor compensation. Negative public attitudes toward fertility treatments threaten to prompt into action state and federal lawmakers who, to date, have been largely willing to rely on industry self-regulation of fertility services. It is thus possible that industry attempts to control egg-donor compensation are prompted by a desire to forestall government intervention, either by attempting to address perceived problems (albeit without success) or by providing the appearance of addressing such problems.

Kamakahi v. ASRM is still in the early stages of litigation, and both the plaintiffs and defendants have hurdles to overcome before a decision is reached on the merits of the case. For example, the court will need to evaluate the procompetitive arguments raised by the defense and, should the court decide to proceed under a rule-of-reason analysis, the plaintiffs will need to prove elements such as the market power of the defendants and the anticompetitive effects of the guidelines that would be presumed under a per se analysis. But the suit is an important one that could signal a change in public attitudes about the propriety of mixing money with motherhood. It should—and will—be closely watched. 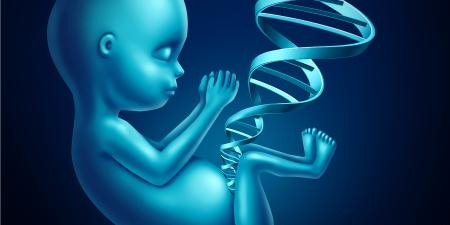 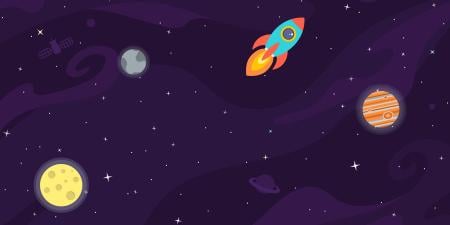 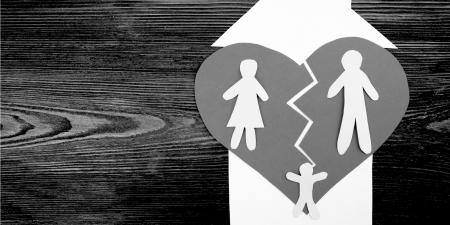 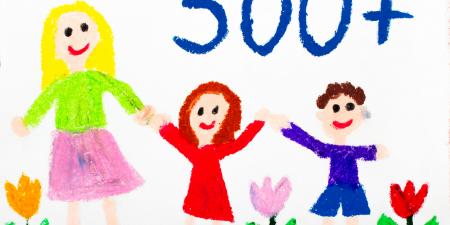