Accurate data on the prevalence and psychological effects of human trafficking as well as treatment outcomes for survivors are essential for measuring the impact of interventions and generating better understanding of this phenomenon. However, such data are difficult to obtain. A legal mandate for health care professionals to report trafficking opens opportunities for advancing our work in the field of human trafficking but also poses risks to survivors seeking services. In this article, we provide an analysis of some critical ethical considerations for the development and implementation of a mandatory reporting policy and offer recommendations for the ethical implementation of such a policy.

Human trafficking (“trafficking”), or slavery, is defined as sexual labor (e.g., prostitution, stripping, performing pornography) or nonsexual labor (e.g., agricultural, fishery, factory, or construction work) induced via force, fraud, or coercion [1]. Awareness of this phenomenon has increased over the past two decades, and it is increasingly being recognized as a significant global problem requiring comprehensive intervention [2]. The causes and effects of human trafficking are complex and are characterized by intersecting social, psychological, cultural, and political factors [3].

One primary challenge for anti-trafficking initiatives is obtaining accurate data on the prevalence and impact of trafficking. Even the best current estimates are impeded by limited information sources [3-5]. Estimates of the number of people living in slavery range from 4 million to 27 million [6, 7]; according to the most widely cited estimate, 20.9 million people are enslaved today [4]. Using law enforcement data, the US Department of State identified 369,083 trafficking victims worldwide between 2008 and 2015 [5], which is clearly inconsistent with the above estimates. The lack of accurate data is problematic because it prevents a clear understanding of the prevalence of human trafficking and its impact, thus impeding efficacious interventions. The lack of accurate data is attributable to a combination of factors: the illicit nature of trafficking, the lack of data comparability between countries due to differing data collection systems, bias due to divergent understandings of reporting requirements, and differences in data collectors’ definitions of human trafficking [8, 9]. In the US, a potential option for overcoming these barriers is health care professionals’ mandatory reporting of suspected trafficking to governmental health and human service departments. Mandated reporting by health care professionals is required nationwide under some circumstances [10]; for child victims of trafficking, it would fall under child abuse reporting requirements [11].

Required disclosure of information about trafficked persons, including their health status and their health care needs, would follow the same line of reasoning as mandated reporting for infectious diseases. Like public health strategies for infectious disease, ending trafficking requires a multifaceted approach that identifies people being trafficked and responds to their health care and psychosocial needs. This approach should be legally distinct from mandated reporting laws aimed at preventing harm to vulnerable populations (e.g., for child abuse or neglect) but could still facilitate intervention in trafficking cases. In both circumstances, mandated reporting may precipitate intervention and prevent further harm.

Public Health Surveillance as a Response to Human Trafficking

In the twenty-first century, the concept of public health problems has expanded from infectious diseases to include a multitude of social and psychosocial causes of poor health and death like smoking, suicide, and violence [17, 18]. Trafficking also constitutes a public health problem [19]. Todres [19, 20] has proposed a public health surveillance model that would facilitate better data collection on the incidence, prevalence, and associated social, psychological, and behavioral risk factors for being trafficked. Extrapolating from Todres’s proposal, the rationale for this approach is twofold: (1) trafficking adversely affects the health of survivors and their communities and (2) trafficking cannot be addressed as either a health or societal problem through legislative and law enforcement avenues alone.

Public health surveillance for trafficking could be modeled on public health surveillance for infectious diseases, which involves monitoring the health of the population and identifying risks for outbreaks of infection using a case-based or statistical approach [21]. Case-based surveillance focuses on the individual level and is most effective in preventing the spread of disease within a population [21]. However, the goal of intervention is commonly stymied by a lack of resources for follow-up on identified cases, concern that the disease carrier would be stigmatized if identified, and the specific infection course of the disease (i.e., latency period for symptoms relative to time of infection) [21]. Although this approach is well intentioned, its attendant privacy and confidentiality risks can outweigh the potential health benefits to the person or the population, especially when there is stigma associated with a disease or condition (e.g., HIV, hepatitis C) [21].

By contrast, statistical surveillance is a population-level surveillance methodology that facilitates disease monitoring with minimal risk of violations of patient privacy and confidentiality. One approach to statistical surveillance of disease combines data from death and birth certificates with epidemiological research. Another approach is the use of disease registries, which collect de-identified data on types and outcomes of diseases or conditions. Cancer registries and state trauma registries have been effectively implemented to accurately but confidentially record courses of specific diseases in particular cases when they present in health care settings. The registry approach is thus an effective tool for generating accurate estimates of clinical disease epidemiology, with minimal risk to confidentiality and privacy [21].

These two public health surveillance methodologies can be applied to mandated reporting. In general, a registry appears to be preferable to a case-based investigational method because it affords better protection against breaches of confidentiality and requires fewer resources. However, the use of a registry system for reporting trafficking would likely require systemic changes to facilitate accurate and ethical data collection. By default, survivors have been victimized by gross violations of their basic human rights [22]. There are cogent reasons for their distrust of health care professionals beyond their experiences of victimization by traffickers. Well-intentioned responders sometimes inadvertently violate survivors’ rights by “outing” or re-traumatizing them through interviews [22]. Mandated disclosure of information about excruciating experiences in slavery risks retraumatizing survivors [23]. Moreover, survivors are often lied to by traffickers about the harms of seeking help (e.g., they are told they will be shamed, arrested, deported). Thus, disclosure may reinforce victims’ and survivors’ distrust of health care professionals. Development of a reporting system that is sensitive and responsive to the unique experiences of trafficking victims and survivors will be essential, and survivors will have a critical role to play in shaping that system.

It is important to note that there is already a system in place for reporting suspicions of trafficking to the National Human Trafficking Resource Center using the national hotline, which victims may also call or text to receive help [24]. Information from these calls is submitted to law enforcement agencies, which then investigate the situations reported. In contrast, the issue addressed here pertains to reporting by health care professionals of confirmed (to the extent possible) cases of trafficking encountered during the provision of health care services.

Benefits to population. There are two primary advantages to mandated reporting of trafficking by health care professionals. First, knowing that trafficking is increasing or decreasing in certain regions or during certain time periods may illuminate causal factors that could then be targeted by intervention and prevention efforts. Second, accurate data could inform policy decisions regarding fiscal appropriations for survivors’ health care service needs and anti-trafficking initiatives. Funding for anti-trafficking work could benefit from accurate data that might help funnel resources to areas with the greatest need [25-27].

Risks to individuals. There are multiple risks to trafficking victims and survivors from mandated reporting of trafficking by health care professionals. First, trafficking victims and survivors may not understand the consequences of reporting. For mandated reporting guidelines to be implemented ethically, consent forms to receive health care services would need to incorporate statements about mandatory reporting of human trafficking—whether suspected or confirmed. This would necessitate consideration of the coercive nature of trafficking and the wide variability in trafficking survivors’ backgrounds as well as their potential distrust of clinicians. Trafficking victims’ and survivors’ English proficiency, literacy, emotional state, history of coercion, comprehension of rights, ability to understand limits of confidentiality, and familiarity with how trafficking is defined can all inhibit effective communication with health care professionals and limit their ability to understand the limits of confidentiality with respect to their experiences in trafficking. For example, most survivors do not self-identify as being trafficked. Some may see themselves as a willing participant in prostitution because their trafficker is their “boyfriend” (a common term for sex traffickers/pimps); others may not understand that their exploitation by a “boss” to whom they are “indebted” and who prevents them from leaving their worksite constitutes trafficking. The challenge of ensuring that informed consent procedures can be followed is tied to broader issues of ensuring survivors’ trust and safety, which are rooted in their experiences of physical threat, danger, loss of power over their lives, and disenfranchisement from decisions that affect their well-being [28].

Second, while protocols for maintaining the security of trafficking data could be implemented, security breaches of personal information are possible even with highly secure data [26]. The more places that health information resides, the more vulnerable the data becomes. This places survivors at risk for identification, which can increase the risk of retaliation by traffickers. Moreover, the mere existence of a system for mandated reporting may be misinterpreted by traffickers as posing a threat to their enterprise. This may deter traffickers from permitting victims to access health care or may induce them to seek retribution when survivors seek health care, thus further limiting opportunities to identify survivors and offer assistance.

In the US, protection of confidentiality of personal health information is codified in federal law [29]. Exceptions to these protections, such as disclosure for research, are also built into ethical guidelines and laws and are based on the principle of nonmaleficence. Provisions for exempting health information from confidentiality in specific circumstances ensure that the benefits of disclosure outweigh the risks [30]. In evaluating the potential risks and benefits of disclosure, the answer to the question of whether mandatory reporting of trafficking is ethical is “yes”; however, this must be cautiously qualified within a bioethics framework.

Beauchamp and Childress [31] have articulated four principles for ethical decision making regarding medical practice or research: (1) respect for autonomy, defined as a person’s capacity for autonomous/independent decision making; (2) nonmaleficence (“do no harm”); (3) beneficence (“do good” when ethical and feasible); and (4) justice, defined as the equitable distribution of benefits, risks, and costs. Through this bioethical lens, mandated reporting of trafficking must be contextualized. Respect for autonomy, the balance of good versus harm done, and distribution of justice would be situationally dependent. The priority in applying these principles to practice would be a risk/benefit analysis for the individual patient. Health care professionals must be given specific criteria to use in determining if reporting trafficking will pose undue risks to the individual patient to whom they are providing care. Criteria could include whether reporting unduly deprives the survivor of autonomy in the disclosure of health information, whether benefits of reporting this survivor’s information would outweigh the risks of doing so, and whether the potential harm prevented is equal to or greater than the potential harm done.

Future legislation or policies at the state or federal level regarding mandated reporting of trafficking by health care professionals must balance the importance of goals such as increased accuracy of data with respect for the needs of the patient. In conclusion, we offer the following recommendations for the process of developing such policies:

Human trafficking is a complex phenomenon, the nature and effects of which are just beginning to be fully understood. Mandated reporting of human trafficking presents both opportunities for better addressing this problem as well as risks. A thoughtful survivor-informed process for developing a system for mandated reporting will be necessary for balancing the needs and goals of all respective stakeholders, including survivors, health care professionals, policymakers, and the general public. 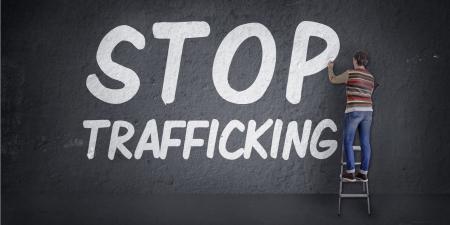 Taking Up the Mantle of Human Trafficking Education: Who Should Be Responsible? 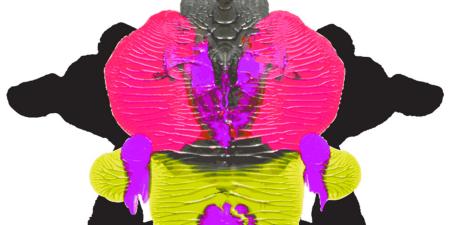 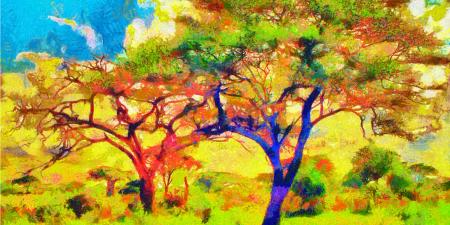 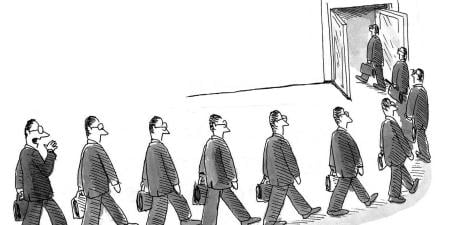