An important component in assessing the cost-effectiveness of health care interventions is the valuation of the outcomes using a quality-adjusted-life-years (QALYs) instrument.1,2,3 The QALY is calculated by multiplying the number of years a patient is expected to live by a health state co-efficient that ranges from 0 to 1, where full health is valued at 1 and death or states regarded as equivalent to death are rated 0. These health state values are usually assigned by members of the general public who try to imagine what the quality of life in the given state would be rather than by patients who are actually in that state of health.4,5,6 The source of values has important implications for allocating resources in health care because patients who are in a given health state tend to give higher values to their quality of life than members of the general population who are asked to rate that health state.7,8,9,10,11 This commentary considers 2 papers that challenge the orthodoxy of using general population values.12,13

The paper by Ubel and his colleagues explores the reasons for the discrepancies between patient's valuation of their own state and valuations made by members of the general population trying to imagine the state.12 It provides the most complete set of explanations yet to be published on this topic, dividing them into 3 broad categories. The first set of explanations concerns discrepancies that arise from poor descriptions of the condition and the tendency of the general public to focus on the negative aspects of a given health state while ignoring the fact that many other aspects of health and quality of life will be unaffected. The second set of explanations concerns the psychometric phenomenon that people's rating of their health states may shift over time due to changing internal standards. Finally, there are the explanations that concern adaptation to the circumstances by patients and the fact that many members of the general public fail to accurately predict this process.

Whilst the distinction between these categories may blur, Ubel's approach does provide a useful framework for thinking through, and informing future research into, the different causes of the discrepancies. However, Ubel et al do not consider the implications of these explanations for resource allocation.

Examining the Implications for Resource Allocation in Health Care

The paper by Menzel and his colleagues provides a slightly different framework for explaining the discrepancy because their aim was to highlight the normative implications that the discrepancies have on resource allocation.13 Rather than consider explanations rooted in the problems of measurement (such as Ubel's incomplete descriptions and "focusing illusion"), Menzel and colleagues examine 8 explanations, for these valuation differences, dividing them into those that support the use of adapted (ie, patient) values and those that appear to argue against using patient values, instead, favouring general public valuation. The former category—explanations that argue for use of adapted values—include skill enhancement, activity adjustment (in line with ones abilities) and goal adjustment. The latter category—reasons why patient values might be suspect—encompass such adaptations such as cognitive denial, suppressed recognition of full health, and lowered expectations. While the latter set of explanations might be cause for concern, the authors argue that there is a strong case for using patient values since they are a more accurate reflection of what it is actually like to be in a given state. While members of the general public might be able to predict what a new state would be like initially, we are often poor at predicting the extent of our adaptation.14 Menzel and colleagues consider the arguments against using patient values that appear in philosophical literature, which draws analogies in health to the idea of the happy slave and entrenched deprivation. At the risk of over-simplifying the arguments made in the paper, it appears that many of the claims in the literature seem to neglect the fact that simply because people adapt to their circumstances does not mean that given the choice, they would choose their current health state over full health. Menzel et al responded to the philosophical arguments by pointing out that many of them were constructed outside of the health arena and have little relevance here, and, even where they do have legitimacy (eg, the fact that some deaf persons give the same value to their state as those with full hearing give theirs) it does not mean that patient values should be entirely ignored. Menzel and colleagues make an important and clear distinction between the role of an individual assessment of utility, that best comes from patients, and role of the social perspective or valuation that may include other considerations such as the role of adaptation. Societal assessment of utility, for example, might exclude utility gains based on what society views as less laudable causes of adaptation—eg, a patient's denial of his or health state.

It seems difficult to justify the exclusive use of patient values or the current exclusive use of values assigned by uninformed members of the general population. Menzel and colleagues therefore suggest a possible third way. In this model, values of the general population would inform resource allocation in a public system, but the public respondents would be provided with more detailed information as to what the states they are rating are like for patients experiencing them. This would require the development of an explicit system for providing better ways of conveying information about various health states to the general population. Methods for doing this could include improvements in the descriptions of the different states and providing more information on the process and nature of the adaptation experienced by patients over time. These considerations represent major challenges for future research. Even asking patients to value their own health raises major practical research problems.

Menzel and colleagues and, less directly, Ubel and colleagues challenge the current orthodoxy recommended initially by the Washington Panel on Cost Effectiveness and adopted by many of the health technology reimbursement agencies (such as the National Institute of Clinical Excellence). Many health economists, philosophers, and health professional and patient advocacy groups have been rightly concerned about the use of largely uninformed general population values in decision making. While the authors of these papers are not in agreement about the extent to which patient values should be taken into account, and while neither offers specific methods, they have identified the need for greater debate and more research. Discussion needs to be informed by an understanding of the causes of the differences between patient and general population values and the role of value judgements. The research agenda must be expanded to explore the way we describe health states, the elicitation of patient values, and how to develop methods for obtaining informed general population preferences by providing more comprehensive information on what it is like for people in various health states.

Values for Resource Allocation Should Expose the Adaptation Process, Not the Outcome 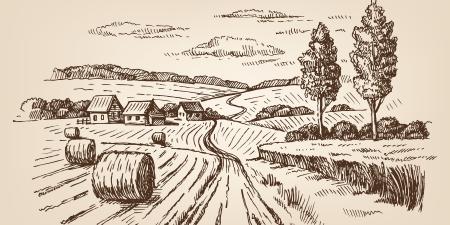 The Oregon Plan and QALYs