On a cold morning in October 1993, Gordon Guyatt, a young faculty member at McMaster Medical School in Hamilton, Ontario, found a brochure published by the American College of Physicians (ACP) in his mailbox bearing this title: In This Era of Evidence-Based Medicine!(personal communication). For Guyatt, who had coined the term nearly 3 years earlier in a short editorial for the ACP Journal Club, the copywriter’s blunt assertion proved not to be an exaggeration [1]. Over a short period, evidence-based medicine, defined as “the conscientious, explicit, and judicious use of current best evidence in making decisions about the care of individual patients” [2], had evolved into an emblem for an entire generation, becoming synonymous with the practices of quantification and statistics that pervaded the medical milieu at the end of the twentieth century. Indeed, an era of evidence-based medicine (EBM) had been ushered in.

It is difficult to exaggerate the impact of EBM on the medical world. A PubMed bibliometric search for the string “evidence-based medicine” reflects the term’s meteoric rise in popularity (see figure 1). In 1992, only two article titles included the phrase. These were followed by a virtual avalanche of publications; in just 5 years, by 1997, more than 1,000 articles had used the new phrase. A similar picture emerges when considering medical textbooks, dedicated journals, and web sites. A survey in 2004 found 24 dedicated textbooks, nine academic journals, four computer programs, and 62 Internet portals all dedicated to the teaching and development of EBM [3].

Figure 1. The first decade of “evidence-based medicine” in publication. The graph displays the number of publications using the term per year retrieved by PubMed, beginning with its first major publication in JAMA in November 1992.

Despite the wide use of evidence-based methods in medicine and the interest it generated in the fields of clinical methodology, medical sociology, bioethics, and public health, an account of the history of the creation of the methods of EBM is lacking. Here, the development of EBM until its appearance in JAMA in 1992 is explored.

Evidence-based medicine and modern epidemiology share common roots. The history of modern epidemiology and its methods of quantification, surveillance, and control have been traced back to social processes in eighteenth- and nineteenth-century Europe and the introduction of statistics and probability methods. Toward the middle of the twentieth century doctors began to apply these tools to the evaluation of clinical treatment of individual patients mainly in North America and England.

In North America, this took place within the new field of clinical epidemiology, the name of which was coined by John R. Paul in 1938 while working at the Yale School of Medicine. For Paul, clinical epidemiology comprised a multifaceted observation of disease including its social and environmental factors. The primary focus was not entire populations but rather the study of individual patients and their close entourage (“medical ecology”) [4]. His concepts were further developed by Alvan R. Feinstein, one of his followers at Yale, who later became the central figure of North American clinical epidemiology. Having studied mathematics prior to studying medicine, Feinstein introduced the use of statistical research methods and Boolean logic into the quantification of clinical practices and study of the medical decision-making process.

Two developments at the end of the 1960s were instrumental for creating the crucible in which evidence-based medicine took shape. The first was the development of new methods in medical education in North America, and the second, the move toward universal coverage of medical costs in the Canadian health system. The reorganization of the Canadian Health System in 1964 by the newly elected liberal party of L. B. Pearson led to the establishment of four new medical schools committed to new ways of integrating public health into medicine [5]. One of these, McMaster University, was founded in 1968. The new school introduced an integrative curriculum it called “problem-based learning” that combined the study of basic sciences and clinical medicine using clinical problems in a tutorship system.

In 1978, Sackett presented a compilation of the different strategies developed at McMaster in a short course entitled “Critical Appraisal” and later “Critical Appraisal of the Literature.” In accordance with the problem-based learning methodology, the courses employed specific clinical problems as a platform for inquiry and discussion in small group tutorial sessions. Sackett’s short course was described in a way that easily fits today’s EBM:

In 1981, the critical appraisal courses were followed by the first publication of the methods behind them in a seminal nine-article series in the Canadian Medical Association Journal (CMAJ), later known as the “Readers’ Guides” and the opening of McMaster’s summer workshop, which would be instrumental for future dissemination of the methods [7]. Over the next 15 years, Sackett and the department undertook five publications of the critical appraisal method in journal series and books under different approaches and names until its final publication under the name “evidence-based medicine” by Gordon Guyatt in 1992 [8].

The Publication of Evidence-Based Medicine: The JAMA Users’ Guides

The appropriate forum for republication of the McMaster methods appeared in 1990, when Drummond Rennie, a JAMA deputy editor, approached David Sackett and the McMaster clinical epidemiology and biostatistics department. Sackett’s and Rennie’s plan was to publish an updated version of the 1980 CMAJ “Readers’ Guides” divided into two series. The first, entitled “The Rational Clinical Examination,” would be edited by Sackett and would deal with the evaluation of clinical measurements. The second series, entitled “The Users’ Guides,” would be directed by Gordon Guyatt, a young faculty member from Sackett’s department, and would update the critical appraisal methods with greater emphasis on applicability.

Around the same time that Rennie approached the McMaster Group, Gordon Guyatt organized a new medical residency program at McMaster based on the extensive application of the critical appraisal methods, christening it “evidence-based medicine.” Guyatt, who in his residency years had been co-founder of the Medical Reform Group, a Canadian medical activist group composed of young doctors and nurses based in Toronto, brought a radical approach to the McMaster critical appraisal methods. The first article of the JAMA series appeared on November 4, 1992, using the new name “evidence-based medicine” and language closer to a political manifesto, called for a far-reaching change in the practice of medicine—;a “paradigm shift”—;in order to turn it into an objective and scientific enterprise. It opens accordingly: “A new paradigm for medical practice is emerging. Evidence-based medicine de-emphasizes intuition, unsystematic clinical experience, and pathophysiologic rationale as sufficient grounds for clinical decision making and stresses the examination of evidence from clinical research” [9].

Working with JAMA editor Drummond Rennie, Guyatt devised a publication strategy to ensure the approach would have the greatest possible impact on the literature [10, 11]. The first article was written by a new anonymous Evidence-Based Medicine Working Group, giving it the authority of a consensus paper. The working group, Drummond Rennie, and JAMAremained the main advocates of the EBM for the first critical years: out of 22 articles on EBM published in the first 3 years, 12 were published by JAMA, reflecting Rennie’s and JAMA’s remarkable commitment to the new methods. The series was initially planned to comprise 10 articles over the span of 3 years; in the end, they were continued for 8 more years and 32 articles. The result was a remarkably complete presentation of the method in a top-tier medical journal, comprising the latest developments in clinical epidemiology encapsulated under the new term “evidence-based medicine.”

The new series also become an enterprise of the McMaster Department of Clinical Epidemiology. The influential summer workshop had been renamed using the new term, and McMaster faculty members began publishing articles using that term in other journals.

When the first article on evidence-based medicine was published in November 1992, the methods were not new; they were nearly a quarter-century old. Like its earlier iteration in 1978, the 1992 version of evidence-based medicine was developed and presented in the immediate context of medical education at McMaster. This intimate relation between medical education and medical methodological reforms should be no surprise; as exemplified by Abraham Flexner’s report and the changes it conveyed to the North American medical world, reforms in medical education and medical practice in North America have been closely related.

But why did these methods become so widely accepted in the 1990s? There appear to be several reasons to explain the meteoric rise of evidence-based medicine. First, the name itself was indeed a good choice; it was catchy, and it conveyed an intuitive message about the nature of the method. Most physicians did not need to read an entire article series to understand more or less what the name denoted. Second, the support of the McMaster department and JAMA’s Drummond Rennie were critical for advancing the methods and their introduction to medical discourse. Finally, the social and cultural milieu of North American medicine in the early 1990s, into which EBM made its debut, was on the whole ripe for the new methods. Quantification practices, the use of statistics and epidemiology, the introduction of computers and online digital databases, and new clinical research methodology saturated the medical environment of the time.

Thus, the universal scope that EBM preached, its encyclopedic inclusion of quantification techniques, and its cadre of unconditional supporters served as a crystallization point and name for the practices of statistics, epidemiology, bioinformatics and clinical research that had already saturated the medical milieu at the turn of the century. Moreover, EBM provided a rejoinder not only to questions regarding the nature of medical knowledge, the evaluation of medical literature, and the use of the new information technologies in the medical field—but also to broader questions of medical authority, relations inside the medical profession and relations between the medical profession and society. As these questions and their answers continue to be examined, it is insightful to understand how EBM, as both a method and a medical movement, entered this discourse.

The Origins of Evidence-Based Medicine: A Personal Perspective 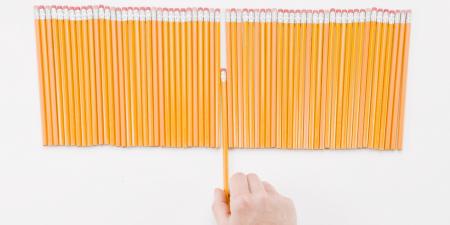 The Median Isn’t the Message