Addiction medicine, the study and treatment of addictive disease, has come of age by way of a long and winding road.

Alcoholism was clearly described as a disease as long ago as the late 1700s by Dr. Benjamin Rush, a physician and signer of the Declaration of Independence. However, it wasn’t until the founding of Alcoholics Anonymous in the 1930s by New Yorker Bill Wilson and Dr. Bob Smith (no relation), both of whom sought recovery from alcoholism, that the concept of alcoholism as disease spread throughout the United States and then the world. Again, it was a physician, Dr. William Duncan Silkworth, who in AA’s Alcoholics Anonymous: The Big Book claimed the disease was caused by “an allergic reaction of the body to alcohol” and a compulsion of the mind [1].

The modern addiction medicine movement began with the formation of the New York City Medical Society on Alcoholism in 1954 and its recognition of alcoholism as a disease (Ruth Fox, one of its organizers, is considered the founder of the American Society of Addiction Medicine). This organization eventually became the American Medical Society on Alcoholism. Narcotics Anonymous (NA) began in California in the 1950s because Alcoholics Anonymous (AA) specifically excluded addiction to other drugs from its scope, describing them as outside issues [2]. NA adopted AA’s Twelve Steps but included recovery from all drugs of addiction, particularly opiates such as heroin, initially using the catchphrase “clean and sober.”

The drug revolution of the mid-1960s that peaked in the Haight-Ashbury district of San Francisco spurred the formation of the Haight Ashbury Free Clinics. Haight-Ashbury borders the campus of the University of California, San Francisco, where I went to medical school and graduate school in pharmacology and did postdoctoral training in clinical toxicology between 1960 and 1967. This training, my research, and my own recovery and involvement in a Twelve-Step program, coupled with living in the middle of a countercultural drug revolution, led me to view addiction as a brain disease.

In the early months of 1967, it became apparent to many health professionals in San Francisco that a potential public health nightmare was looming—the media were broadcasting a picture of an idyllic life of free love and drug use in Haight-Ashbury, while the city’s Department of Public Health was pretty much ignoring all indications that the neighborhood would become a mecca for young people during the coming summer. DPH indicated that their plan was to provide no services on the assumption that, with no services available, the newcomers would simply leave.

On June 7, 1967, using my medical license and renting a former dentist’s office a block from the corner of Haight and Ashbury, we opened the Haight Ashbury Free Medical Clinic, based on the principles that health care is a right, not a privilege and that addiction is a disease and the addict has a right to treatment. These philosophies were controversial at the time but are now part of the mainstream health care and mental health parity debate [3, 4]. This represented one of the beginnings of addiction medicine, as its medicalization allowed health practitioners to view addiction as a chronic disease analogous to other chronic diseases, e.g., diabetes. As diabetes is a disease of the pancreas, addiction is a disease of the brain.

In part because treating addicts in an outpatient medical setting was illegal at the time, the California Society for the Treatment of Alcoholism and Other Drug Dependencies, the initial state society advocating a specialty in addiction, was formed in 1972. The California Society of Addiction Medicine (CSAM) was incorporated in 1973.

Parallel to this, and in part because of the growing addiction problems among returning Vietnam veterans, the Nixon White House formed the Special Action Office of Drug Abuse Prevention (SAODAP) in 1972, followed by the National Institute of Drug Abuse (NIDA) and the National Institute of Alcoholism and Alcohol Abuse (NIAAA). These agencies made millions of dollars available for drug treatment, with lesser amounts for enforcement. (Tellingly, the proportions have been reversed today.) In 1976, Doug Talbott, a physician from Atlanta, formed the American Academy of Addictionology and moved to certify physicians specializing in alcoholism.

In 1983, a summit meeting of U.S. physicians convened at the Kroc Ranch in southern California to form a national organization to gain a seat in the American Medical Association (AMA) House of Delegates. The representatives agreed to organize under the American Medical Society on Alcoholism umbrella and soon renamed the organization the American Society on Alcoholism and Other Drug Dependencies to include all addictive drugs, eventually settling on the American Society of Addiction Medicine (ASAM). In 1986, the group adopted the CSAM certification program, which had been established in 1982. Emergency medicine had recently been approved as what was generally assumed would be the AMA’s final specialty, so the ASAM delegates to the AMA decided on “addiction medicine” as a specialty name seen as more encompassing and acceptable to mainstream medicine [5]. The strategy succeeded, and, in 1988, the AMA admitted ASAM into the House of Delegates as a national medical specialty society [6].

In 1990, the AMA House of Delegates approved the “ADM” code, acknowledging addiction medicine as a practice specialty. In the years following, ASAM continued to pursue full board status within the American Board of Medical Specialties (ABMS). The first edition of Principles of Addiction Medicine was published in 1994, with subsequent editions in 1998, 2003, and 2009.

The Drug Abuse Treatment Act of 2000 (DATA 2000) authorizes the use of Schedule III drugs such as Subutex (buprenorphine) and Suboxone (buprenorphine and naloxone) in the treatment of narcotics addiction by qualified physicians in a medical setting [7]. With the passage of the Paul Wellstone and Pete Dominici Mental Health Parity and Addiction Equity Act in 2008, legislating parity for mental health services [3], addiction medicine has come of age. The American Board of Addiction Medicine (ABAM) awarded its first board certifications in 2009.

At ASAM’s 2011 annual meeting, Kevin Kunz, MD, president of ABAM, announced that 10 residency programs in addiction medicine have been accredited [6, 8]. At the same time, ASAM, in partnership with NIDA, launched a free, nationwide service to help primary care physicians identify and advise their patients who are at risk for substance abuse disorder. Led by past ASAM president Louis Baxter, MD, and David A. Fiellin, MD, as well as an advisory board drawn from family medicine, internal medicine, and emergency medicine, peer-to-peer mentorship for early intervention on substance disorders in a primary care setting will be available. In addition, NIDA developed a quick screening tool (NIDAMED) to help identify patients with unhealthy substance-related behaviors [9].

In August 2011, ASAM released a definition of addiction as its latest public policy. The short version states:

Addiction is a primary, chronic disease of brain reward, motivation, memory and related circuitry. Dysfunction in these circuits leads to characteristic biological, psychological, social and spiritual manifestations. This is reflected in an individual pathologically pursuing reward and/or relief by substance use and other behaviors.

Addiction is characterized by inability to consistently abstain, impairment in behavioral control, craving, diminished recognition of significant problems with one’s behaviors and interpersonal relationships, and a dysfunctional emotional response. Like other chronic diseases, addiction involves cycles of relapse and remission. Without treatment or engagement in recovery activities, addiction is progressive and can result in disability or premature death [10].

The Importance of the Disease Model of Addiction

I have been advocating for the recognition of addiction as a brain disease for more than four decades. During those years, we have progressed from viewing addiction as strictly a criminal condition to the recognition that addiction is a disease intimately intertwined with the workings of the brain and its neurochemistry. We have moved from illegally treating addicts in an outpatient setting to appropriately trained physicians administering pharmaceutical agonists and antagonists in their offices. We have developed increasing awareness of the importance of psychosocial therapy in addiction treatment, of the need for ongoing monitoring and follow-up, and of the greater effectiveness of treatment plans tailored to such factors as the individual’s age, sex, and drug of choice. The establishment of drug courts and diversion programs acknowledges that the costs of addiction treatment are far less than those of incarceration.

Recognition of addiction as a disease has also destigmatized addicts’ perception of themselves as “bad” or “weak” people and has made it more acceptable for them to seek treatment at earlier stages of their disease. Families and the medical community react less judgmentally, though the disease model does encourage addicts to take responsibility for their disease and to deal with the consequences of their addiction. Since 100 percent of addicts and alcoholics will at some time surface in the medical system, medicalization greatly improves identification, early intervention, and referral to appropriate treatment.

The peak incidence of addiction is between ages 15 and 21. The still maturing brains of adolescents are particularly susceptible to substance use disorder, because the adolescent brain is learning patterns that persist into adulthood. If the disruptive patterns laid down by substance misuse during adolescence become dominant, the adult brain becomes “wired” into them. The adult then finds it difficult, if not impossible, to respond appropriately to emotional, cognitive, and social environmental cues. Even such survival necessities as food and shelter take second place to the brain’s overwhelming perceived need, or craving, for the substance to which it has become addicted. For obvious reasons, it is important that those in the “danger zone” receive treatment in a timely fashion; understanding addiction as a disease has facilitated that.

Practitioners in the field of addiction medicine have also championed support for physician health programs (PHPs) for the treatment of chemical-dependency, psychiatric, and other well-being issues. While many of these programs have been challenged or eliminated in recent years, there is growing awareness of their effectiveness and importance for practitioners who “can’t keep their hands out of the cookie jar.”

As ASAM past president Michael Miller, MD, puts it, “At its core, addiction isn’t just a social problem or a moral problem or a criminal problem. It’s a brain problem whose behaviors manifest in all these other areas” [11]. 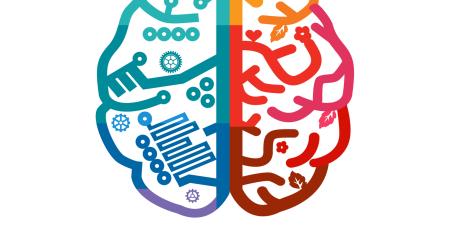 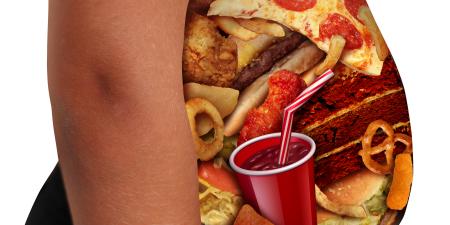 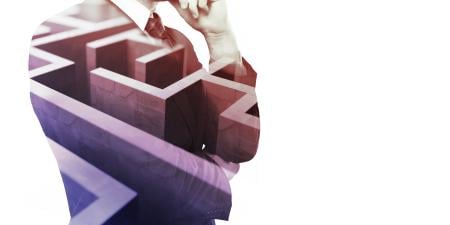