“There seems to be no rational way of securing moral agreement in our culture,” mourns Alasdair MacIntyre in the second edition of After Virtue [1]. In place of a common dialogue, we find a fragmented morality made up of individual commitments—commitments whose incommensurability lends, he argues, to the “shrill tone of so much moral debate.” MacIntyre continues, “The rival premises are such that we possess no rational way of weighing the claims of one as against the other” [2].

The need for protection of conscience within medicine is evidence of precisely this kind of moral fragmentation. Bound by a common profession and motivation to heal, we still can be moral strangers. Physicians seek protection when encountering divisive issues, such as abortion or physician-assisted suicide. The problem is not so much that these disagreements are intractable, but that they embody different (often implicit) conceptions of the ends of medicine. There is a rift at the foundation; and so it is necessary to ask again what medicine is for, what the role of healer is. (Even the word “conscience” itself can suffer from such a divorce. Is it a personal judgment, based mainly on emotion, or is it a relationship to truth?) We currently have a professional agreement to honor certain claims of conscience and not to penalize those who exercise such claims. At the same time, it falls to those wishing to exercise these claims to do so in a way that does not alienate or abandon those seeking care.

This month’s Virtual Mentor takes this fragmentation as a starting place and works toward a deeper understanding of the premises that underlie claims of conscience. The authors, hailing from different backgrounds and areas of expertise, all address different facets of the same questions: What is conscience? What is its place in the delivery of health care? What are some of the responsibilities of those who exercise such claims, especially regarding the formation of one’s conscience, communication of moral commitments to patients, and commitment to patients’ well-being?

Several threads run through the issue. The first is the pursuit of a more rigorous definition of conscience in medicine. In the Medical Education section, Warren Kinghorn argues that, rather than separating the moral and procedural spheres, we would do better to understand conscience as a species of clinical judgment. Alvan A. Ikoku’s Journal Discussion examines the evolution of Julian Savulescu’s concepts of conscience and values. In her case commentary, Lori Arviso Alvord draws upon her experience to look at claims of conscience integrated with cultural background. And in their policy forum, Cameron Flynn and Robin Fretwell Wilson turn to conscience claims by institutions, analyzing the current struggle to balance rights of access and rights of conscience.

Other authors look at the role of physicians in conscientious medicine. Robert Orr gives a brief overview of conscientious claims in medicine in the Medicine and Society section. James K. Boehnlein provides commentary about the participation of physicians in state-ordered executions in his Policy Forum article, highlighting ways that physicians interact with societal norms and encouraging responsibility in such interactions. This month’s excerpt of the AMA Code of Medical Ethics explains the profession’s current consensus on physician participation in the contested areas of abortion, assisted reproduction, and physician-assisted suicide. And Lauren Sydney Flicker looks at the 2012 Affordable Care Act mandate that, with a few exceptions, requires employer-sponsored health insurance plans to cover the cost of contraception.

Two sets of authors write to our second theme: the application of conscience in practice. In their op-ed piece, Margaret Little and Anne Drapkin Lyerly defend a limited role for conscientious objection that meets stringent standards. And in a complement to that argument, Brooke E. Jemelka, David W. Parker, and Sr. Renee Mirkes demonstrate in their State of the Art and Science article how specialists in ob/gyn who object to assisted reproduction technology can provide a broad range of effective care for patients through NaProTECHNOLOGY.

Mark Wicclair introduces the third major theme in his case commentary about “negative” and “positive” claims of conscience. He argues that, traditionally, “negative” claims (refusals) have been privileged over positive ones (a perceived imperative to act). Christopher O. Tollefsen explores another facet of that difference in his Policy Forum, arguing that wholesale protection of positive claims of conscience would, in effect, abolish the religious liberty of the very communities that make the practice of conscientious medicine sustainable.

The remaining articles suggest dialogue and narrative as ways of navigating conscientious objections within a physician-patient relationship. The second ethics case, with commentary by William J. Hogan and Juan R. Velez, explores a hypothetical conversation between a patient and physician with a longstanding relationship, exploring the ways in which clinical and moral concerns come into play in a personal relationship. Alvan A. Ikoku’s piece for the Art and Medicine section explains how a work of fiction—Herman Melville’s famous novella “Bartleby, the Scrivener,”—teaches us about conscientious refusal and elicits our sympathy both for the refuser and the person most affected by it.

As a whole, the issue explores the ways that conscience is enmeshed in clinical practice. The authors each contribute to the larger question of howconscientious claims may spur the profession onward to continually more compassionate care, seeking together, through dialogue, a greater transparency and sincerity at the interface of ethics and medical practice. 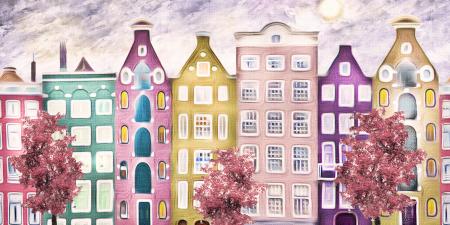