Using the word “hateful” is not the only option in describing patients who induce in clinicians feelings of dread. We suggest an alternative approach to the language of hate, one that seeks dignity and perhaps even a divine spark in every patient.

In his 1978 article, “Taking Care of the Hateful Patient” [1], James E. Groves argues that patients who fill clinicians with dread can be assigned to categories that include “clingers,” “demanders,” “help-rejecters,” and “self-destructive deniers,” and that these same categories can provide guidance to clinicians interested in managing their care more effectively. Groves’s article inspired further research on not only the characteristics of so-called “difficult” patients but also factors that can contribute to patients being perceived as difficult and strategies clinicians can use to respond appropriately to these patients’ needs [2].

Groves tells the story of a “self-destructive denier,” a 45-year-old alcoholic whose frequent visits to the hospital over a six-year period had earned him the sobriquet “Old George.” In fact, the man had become the butt of a standing joke—namely, that “the more thoroughly he was worked up, the more furiously he drank” [3]. Over the final week of Old George’s life, “he was released from his hospitalization for the subdural hematoma on Monday, stitched up for multiple lacerations on Tuesday, allowed to ‘sleep it off’ in the back hall on Wednesday, casted for a fractured arm on Thursday, and admitted with wildly bleeding esophageal varices on Friday” [3]. Despite the best efforts of the staff, which included “pumping in whole blood as fast as it would go … at 4 a.m. the intern pronounced Old George dead” [4]. Most telling are the reactions of the residents caring for him. The junior resident murmured, “thank God,” to which the senior resident added a quite audible, “amen” [4].

Relief at being rid of a patient is a theme that echoes throughout the article, which refers to patients’ cries as “incarcerating” [5], compares other patients to an “unlovable child” [6], and accuses still other patients of utilizing tactics such as “intimidation, devaluation and guilt-induction” [6] in efforts to manipulate physicians. Groves writes approvingly of a “benchmark” paper [5] by a pediatric psychoanalyst [7] who openly acknowledges hatred toward some patients, a feeling he associates with “murderous wishes” [5]. On Groves’s telling, the same author goes on to liken such hatred to the dislike “normal” mothers feel for their demanding infants, as captured in nursery rhymes such as “Rock-a-bye Baby” (“Down will come baby, cradle and all”) [5]. We admit that the use of “hateful” to describe a patient may not seem objectionable from some psychoanalytic points of view, in part because psychoanalysts typically regard the unconscious as the ultimate engine of human thoughts, feelings, and attitudes. On this account, a countertransference of negative feelings from the physician’s unconscious is all but inevitable, at least with some patients, and such feelings are likely to intrude on the patient-clinician relationship.

No one with clinical experience would dispute that some patients act in ungracious, self-centered, and even hostile ways. In fact, in some of these cases the difficult patients are physicians, and we know colleagues who, in the sober light of day, have looked back with embarrassment and regret at their conduct while under the care of colleagues.

The palette of patient personalities is probably as polychromatic as that of humanity itself, which raises some suspicion about the adequacy of Groves’s categorization of “hateful” patients. There is a big difference between acknowledging the existence of tensions and conflicts in the patient-clinician relationship and going on to brand any individual patient as “hateful” and developing a taxonomy by which to categorize such “hatefulness.”

To say that we hate something is to express extreme ill will or aversion toward it. A hateful thing can also be described as horrid, insufferable, odious, loathsome, abhorrent, repellent, and vile. If we respect both the integrity of words and the professional calling to care, then we should be quite wary about ascribing hatefulness to any patient. Psychoanalysis is both limited and problematic as a means of gaining deeper insight into our distressing reactions to patients. For one thing, psychoanalysis tends to focus its attention on primal impulses at work in the unconscious of the patient or physician, but other forces from different sources may play an equal or even more important role. We believe that Groves’s perspective on what has come to be called the “difficult patient” is too limited, and that there are other more fruitful ways to understand the patients he labels “hateful.”

Consider, for example, the radically different perspective of a twentieth-century figure whose renown and influence rivals that of Sigmund Freud, the father of psychoanalysis. We have in mind Saint Teresa of Calcutta, more commonly referred to as “Mother Teresa,” founder of the Missionaries of Charity. St. Teresa established her order in 1950, at a time when India’s poverty rate was estimated to be 65 percent [8]. Many of the homeless, impoverished, sick, and dying human beings she cared for might be described by some as “difficult.” Once she was asked how she could bear to lift up, bathe, dress the wounds of, and even embrace such apparently repugnant human beings. Her answer, quite simply, was this: “We try to pray through our work by doing it with Jesus, for Jesus, to Jesus. That helps us to put our whole heart and soul into doing it. The dying, the cripple [sic], the mental[ly ill], the unwanted, the unloved—they are Jesus in disguise” [9]. In contrast to “Taking Care of the Hateful Patient,” St. Teresa invites clinicians and other caregivers to serve a higher purpose, one that calls forth an ethic of love, as opposed to the vocabulary of hate. The fact that love is not always the easiest or most natural response to some patients in no way diminishes its urgency.

Clinicians who are prepared to call patients “hateful” will likely find little convincing or ennobling in such an account. Consider the response of the members of Old George’s health care team. They treated him as an object of ridicule, and the news that he has finally died met not with sadness but irony-laden, pseudo-religious expressions of gratitude: “thank God” and “amen.” While they deliver medical care to Old George, they don’t seem to care for him in any deeper sense, betraying very little appreciation for their patient’s dignity. The care they provide is exclusively focused on the episodic management of acute medical problems. No one evinces an awareness of the life Old George leads outside the hospital or the possibility that a better understanding of the man might open up opportunities to make a bigger difference in his life and health.

We can only speculate on how St. Teresa might regard Old George. Would she see a lonely human being who believes that no one cares for him or sees any worth in his existence? Would she detect the complete loss of hope, a man who sees nothing in life worth living for? Or might she discern an overwhelming sense of self-loathing? It is difficult to know for sure. But there are a couple of things we are confident about: St. Teresa would likely resist the temptation to allow her attention to settle on Old George’s off-putting features. Beholding even this seemingly forsaken human being, she would likely search for a glimmer of the divine.

Some health professionals might dread an encounter with Old George, seeing his existence as a burden, perhaps even a curse, and wishing for his death to bring an end to their distress. But St. Teresa, catching in the sight of Old George a flicker of divinity, might well regard him as both a blessing and a cause for thanks. While St. Teresa’s perspective might come naturally to a clinician operating within a Christian tradition, we believe that even nonreligious health professionals can develop their ability to see the humanity in each and every patient. Those who cannot see Christ in their patients can still strive to glimpse their own reflection or that of someone they care for.

Consider the great physician-humanist William Osler, who wrote movingly of what it means to care for patients without invoking any divine warrant [10]. For example, Osler advises:

Care more particularly for the individual patient than for the special features of the disease…. Dealing as we do with poor suffering humanity, we see the man unmasked, exposed to all the frailties and weaknesses, and you have to keep your heart soft and tender lest you have too great a contempt for your fellow creatures. The best way is to keep a looking-glass in your own heart, and the more carefully you scan your own frailties the more tender you are for those of your fellow creatures [11].

Groves criticizes Osler because his voluminous writings fail to address the negative feelings difficult patients can stir up, concluding that he offers only “sermons, more inspirational than practical” [5]. Why didn’t Osler address the problem of “hateful” patients head on? Groves seems to imply that the very existence of such feelings was simply too painful for an idealist like Osler to contemplate. But other explanations are possible. Perhaps Osler fails to discuss the “hateful” patient precisely because, in his view, referring to any patient as “hateful” would betray a rich and venerable legacy of compassion, fomenting in clinicians the deadly presumption that we are somehow cut from a finer cloth than our patients.

From a psychoanalytic perspective, antipathy toward “hateful” patients may appear to be one of the most powerful forces in the physician’s psyche. But from another point of view—the one embodied by St. Teresa and Osler—such sentiments may be likened to emotional clay that needs to be reworked and reshaped according to a higher purpose. Simply put, treating any patient as “hateful” warns us that we are perceiving neither the patient nor our calling in the proper light. When this happens, an appropriate response is not to resort to the sort of psychological judo practiced by those caring for Old George and especially not to give into the temptation they did by making patients the butts of our jokes. Far from it, an appropriate response is to redouble our efforts to glimpse the dignity—perhaps even the divine spark—in every patient. 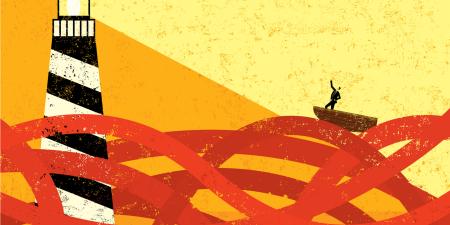 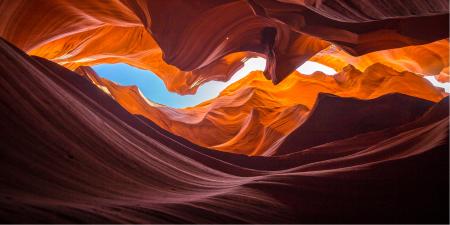 How Should Clinicians Respond to Medical Requests from Clinician Family Members of Patients? 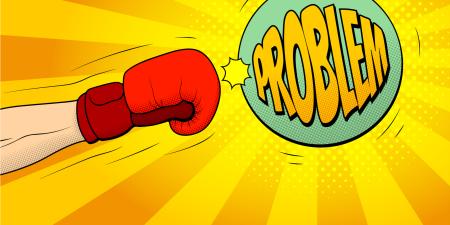 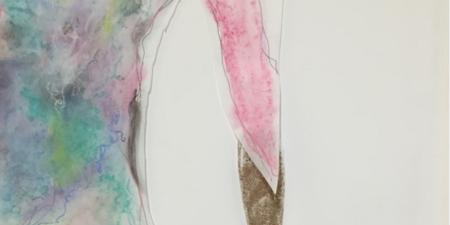