Responsibly determining whether and when to use potentially lifesaving force when caring for patients who are acutely mentally ill typically requires carefully applying 2 key ethical standards. First, short-term morbidity or mortality risk must be minimized. Second, potential long-term harm to a patient who is traumatized during a forcibly performed intervention and potential long-term consequences to a patient’s trust in clinicians must be seriously considered. This article suggests these minimum standards in mental health care decision making are necessary but insufficient. It is proposed that clinicians’ intentions and motivations should not be grounded merely in harm minimization; rather, they should be grounded in compassion maximization. The article then proposes criteria for what compassion maximization would look like in response to a case.

LL is a 25-year-old patient with a history of childhood trauma, self-injury, aggression, and schizophrenia who was involuntarily brought to the emergency department (ED). An ED physician found LL to be nonverbal but that LL could move their head slightly and confirmed LL’s sudden development of rigidity and hypertension. Dr P, a consultant psychiatrist, then evaluated LL and confirmed that LL is posturing, notes that LL has stopped eating and drinking, and admits LL for malignant catatonia, a potentially fatal condition. A capacity assessment is conducted; LL is determined to lack capacity to make treatment decisions. LL’s mother is then secured as LL’s surrogate. LL is initially treated with oral benzodiazepines but then refuses them. Staff members agree that forcibly administering benzodiazepines to LL via intramuscular injection (IM) is both ethically justified and clinically necessary, given the threat posed by delaying treatment. LL’s mother consents to use of IM benzodiazepines over the objection of LL. Nevertheless, surrogate consent staff are reluctant to proceed without LL’s consent, noting that LL didn’t come to the ED voluntarily and has refused medications during hospitalization. Dr P continues to insist that medication against LL’s will is appropriate, and this view is corroborated by 2 additional psychiatrist colleagues. “The longer we wait, the more LL suffers, and the more LL’s life is at risk,” Dr P explains.

The ethics of forced treatment in psychiatry has long been a point of passionate dialogue in the field.1 In psychiatry and in society, we tend to value personal autonomy, in contrast to the paternalism of mid-20th century practice. Psychiatry now also considers tensions between short-term pragmatism (ie, addressing an immediate crisis) and long-term illness management and recovery.

In psychiatry, forced treatment should generally align with a patient’s values in order to neither exacerbate existing trauma nor alienate a patient from future treatment engagement.2 Force can have significant and lasting negative impact on a patient’s treatment experience and, as McLaughlin et al note, can be considered “‘toxic’ in its impact on patient attitudes towards treatment.”2 Consideration of a patient’s background and culture can inform decisions about whether to use force and how to execute it and to minimize harm. As reported in one significant study, showing “respect for you, your family, and those important to you”—ie, cultural sensitivity—was found to be the most important feature of compassion expressed by both patients and physicians.3 Understanding a patient’s culture and history and demonstrating sensitivity are key to exercising force compassionately in psychiatry. This article argues for compassion maximization when force is necessary (ie, in some cases of psychosis or catatonia, in which individuals retain some conscious control, or in cases of acute delirium or intoxication).

Cultural context. Culture is a broad, encompassing construct. Multiple aspects of culture are relevant to the discussion of compassionate use of force, such as demographic characteristics and social development. Of relevance here, demographic variables primarily include race, age, gender, and socioeconomic status. Each variable contributes to a patient’s decision-making processes, including decisions regarding forced care. For example, patients’ race and gender provide a potential starting point for understanding their current behavior, including their reaction to psychiatrists as authority figures. Patients’ socioeconomic status can similarly provide information about their formative experiences growing up in relative poverty or affluence. If patients have lived and continue to live in poverty, their prior experience of medical care might have been limited, inadequate, or dismissive, and they might therefore distrust physicians and medical staff. In gaining a more nuanced understanding of the context of a patient’s life, we can not only convey a sense of compassion for the patient’s current situation but also build a framework for understanding the patient’s perspective. Patients’ experiences might contribute significantly to how they advocate for themselves in the context of forced care. Integrating understanding of patients’ cultural context into care delivery can guide communication and decision making and potentially reduce or eliminate objections to treatment. Trying to engage a patient in decision sharing is a key feature of compassion.

Social context. Social development includes relationship-building and understanding social expectations, which can heavily influence patients’ attitude toward treatment. A patient from a community that stigmatizes mental illness as a character flaw or weakness or that devalues psychiatric care might have limited acceptance or understanding of a diagnosis and needed treatments, which could lead to crisis-driven forced treatment. By adding information about patients’ social background to case notes, we can more compassionately engage and support patients through their care journey. Specifically, we can help support patients’ autonomy by making decisions informed by their values. When a surrogate decision maker is involved, as is often the case, effectively engaging that surrogate is key to compassionate implementation of force.

Compassionate Use of Force

Harm reduction or minimization is commonly a primary factor in the decision to treat against a patient’s will. Involuntary medication, seclusion, or restraint is typically used with the intention of reducing risk of harm to an individual patient or others.4 While pragmatic and typically justified on those grounds, this determination is typically based on the clinician’s value system and medical training (“first, do no harm”). Compassionate implementation of force, however, requires accounting for a patient’s anticipated ideal outcome, not merely expected outcomes.

Trying to engage a patient in decision sharing is a key feature of compassion.

Compassionate care also includes enhancing patient autonomy and resilience. Given the chronic nature of many serious mental illnesses, patients can decompensate, which can compromise their decision making. In these situations, the focus should be not exclusively on lifesaving treatment but on supporting a patient’s recovery as well. One such example is keeping an involuntarily hospitalized patient with mania safe by adjusting pharmacological treatment and engaging the patient in treatment. Physicians can use force compassionately in noncrisis situations to mitigate symptoms and work towards improving patients’ decision making and ability to exercise their autonomy. A recovery model of mental illness emphasizes not “just treating or managing symptoms but focus[ing] on building resilience of people with mental illness and supporting those in emotional distress.”5 When patients’ decisional capacity is restored, patients can more clearly assess options and envision a future that might have been opaque during a crisis. A recovery model approach to compassionate use of force can help patients make their own informed decisions and introduce hope.

In LL’s case, compassionate care would mean Dr P taking time to speak to LL’s mother and trying to understand any childhood trauma and the origins and history of LL’s self-injurious behavior. Such understanding might help the team reach consensus on a treatment approach after discussing the risk of harm and each of the potential therapeutic options as well as preserve the patient’s sense of autonomy. When LL improves, this process—documented in the health record—would provide background for the team’s decision; LL would be assured that their own desires and well-being had been considered. In fact, the compassion practiced by a patient’s care team has been shown to be critical for “patient satisfaction and perceived quality of care.”6 It is particularly important to minimize retraumatization risk or psychological damage, including feelings of humiliation and distress.2

In a more limited harm minimization approach, the treatment team would make the decision to use force, ignore the consent staff’s appeals, and simply have the patient’s surrogate sign the consent to treatment. In LL’s case, whether the compassionate care or harm minimization approach is taken, the outcome of treatment might be the same in the short-term. Compassionate care, however, will likely lead to better patient outcomes in the long run due to lower risk of retraumatization, greater trust in caregivers, improved patient autonomy, and higher likelihood of adherence to subsequent outpatient treatment. In particular, compassion improves “adherence to treatment recommendations,”3 and effective communication—a key tenant of compassionate care—is associated with “a greater therapeutic alliance” between clinician and patient.7

Compassionate caring means understanding each stakeholder’s roles. A patient’s physician acts as a decision coordinator (not as a key decision maker) and clinical mentor, synthesizing that patient’s cultural data and linking clinical and contextual facts to offer recommendations. As explored in LL’s case, the key decision maker is LL’s proxy, who has legal responsibility for decisions and can help clinicians better understand relevant facets of LL’s cultural background. A physician should seek to gather as much information from as many sources (ie, family, inpatient facilities, outpatient providers) as possible, as long as it does not hinder a proxy’s decision-making ability. In the case example, prior to any use of force in the treatment process, LL’s mother and the treatment team should exchange information regarding LL’s clinical history and social upbringing to truly understand whether injected benzodiazepine treatment is the best option for LL. This discussion builds upon a compassionate care framework and continues the work of establishing trusting relationships at each stage.

The final stakeholders in a patient’s care team are ancillary team members who administer therapies and acquire consent. A physician’s responsibility is to ensure that these team members understand a patient’s cultural context and how it informs treatment. For example, in the case of LL, Dr P should discuss with ancillary team members that information about LL’s cultural background and values was gained from available sources and discussions with a proxy and that a thorough review of likely harms and benefits of each potential intervention (including no intervention) was undertaken. In this way, all team members are made aware that the use of force is necessary and should be done with compassionate intention. This process can also help address team members’ concerns about implementing force in the course of LL’s care.

It must be acknowledged that compassionate care takes time to implement. Modern inpatient caregivers are under pressure to treat patients and discharge them quickly. Despite these system-based challenges, when necessary force is implemented with compassion, benefits to both the patient and the care team far outweigh the relatively modest time commitment.

Compassionate care integrates empathy with data-driven decision making and can bring together the patient and all members of a care team in support of a patient-centered care plan. Psychiatrists should consider compassionate use of force as standard of care when force is required, since it should be done with the aim not only of minimizing harm but also improving patient engagement and recovery. Psychiatrists might face lower barriers to engaging in compassionate care than some other specialists due to their relatively greater aptitude for empathy and higher level of interpersonal management training.8 Compassion benefits not only patients but also psychiatrists, as it leads to greater work satisfaction.2 As physicians, we should strive to understand patients’ perspective and cultural context. When we do so, we are not only more likely to mitigate patients’ risk of harm but also to help patients engage and recover.

Essay and art submissions are accepted through fall. 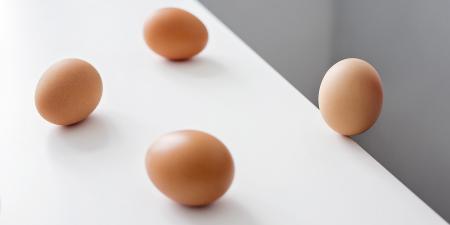 How Should Compassion Be Expressed as a Primary Clinical and Ethical Value in Anorexia Nervosa Intervention? 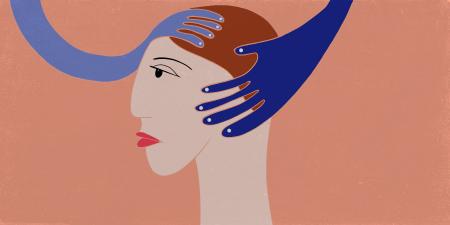